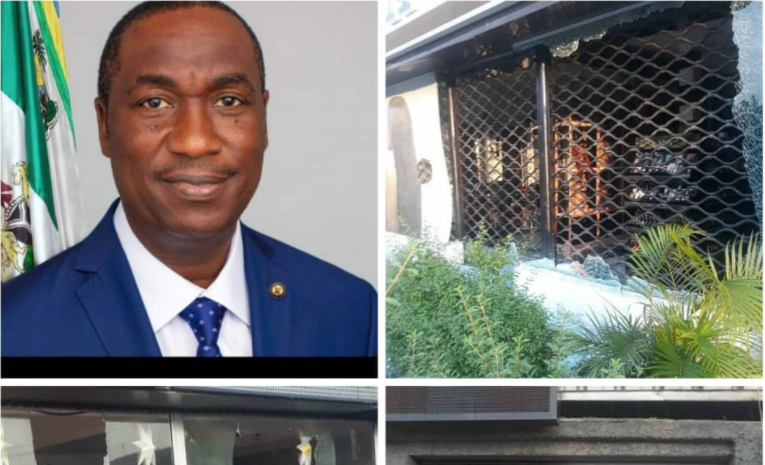 Lagos State Deputy Governor, Obafemi Hamzat, has announced plans by the state government to support owners of businesses that were vandalized or looted by hoodlums during the crisis that erupted in the state on Tuesday, October 20.

Hamzat disclosed this in a tweet posted on his Twitter handle on October 23rd. The tweet also contained a link to a form that the store owners are expected to fill accordingly. The tweet reads:

”If you are a Lagos based business and your store got looted/vandalized this week, please fill this form by @LSETFhttps://t.co/lwPiXvFzTp. Let’s do what we can to support you,.’

If you are a Lagos based business and your store got looted/vandalized this week, please fill this form by @LSETF https://t.co/lwPiXvFzTp

Lets do what we can to support you. #HealingLagos 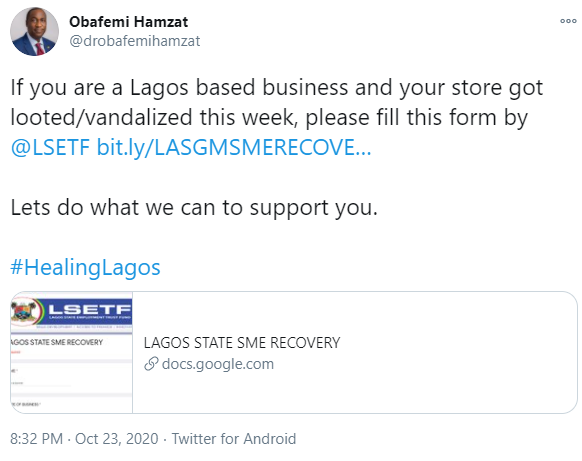