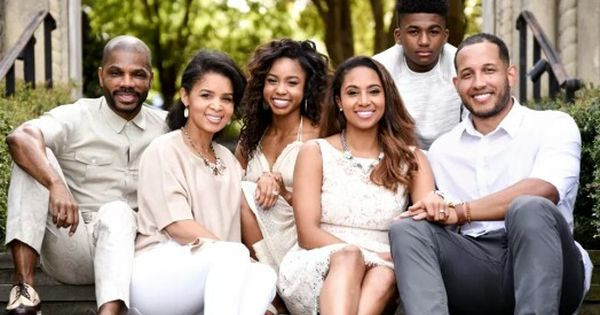 #EndSARS Protests: Frontliner, Moe Odele Cries Out After Her Passport Is Seized By Immigration

Superstar gospel singer, Kirk Franklin has disclosed that he and his wife didn’t raise their children to be religious. Franklin took to Twitter to praise his children for how good they turned out despite not forcing them to be religious.

The proud dad disclosed in his tweet that he is proud of his children, describing them as independent thinkers and powerful voices to their generation.

READ ALSO: Actress/Mum-Of-Three, Victoria Inyama Lists Reasons Why She No Longer Takes Her Children To Church

I am so proud of my children. They are independent thinkers and powerful voices to their generation. We didn’t raise them to be religious, but to be REAL. In the Franklin family you’ll get the Holy Ghost and these Hands

Franklin got married to his long-time friend Tammy Collins in 1996. Before tying the nuptial knots, they had one child each from previous relationships: Franklin’s son Kerrion, born in 1988, and Collins’ daughter Carrington (whom Franklin legally adopted) born in 1989.

As a couple, they have two children together, a daughter named Kennedy (born in 1997) and a son named Caziah (born in 2000).