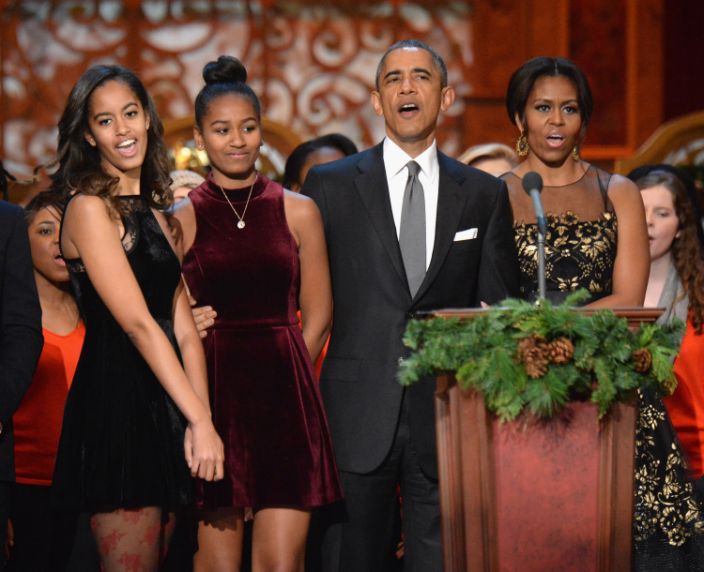 Former US president, Barack Obama is one devoted dad. The 59-year-old dad took to Instagram to post a throwback photo of himself and his wife, Michelle Obama holding their two young daughters, Sasha and Malia, in their arms. But the sweet post was also a reflection on his own experience growing up with an absentee father.

“When Malia was born, I made a promise to myself that my kids would know me, that they’d grow up feeling my love keenly and consistently, knowing that I’d always put them first.”

“While serving as president, I made sure to have dinner with Michelle, Sasha and Malia every evening by 6:30. We’d eat some good meals and catch up on our days. That was one of the best parts of living above the store, as I sometimes called it,”

he continued, referring to the family’s eight years in the White House.

Sasha and Malia, now 19 and 22, respectively, have progressed into adulthood. Sasha kicked off her college career at the University of Michigan last year, while Malia attends Harvard University.

”Seeing them grow up into the intelligent, strong and compassionate young women they’ve become has been the greatest joy of my life,” Obama continued.

“I’m reminded constantly that there’s no place in the world I’d rather be than with Miche and our girls — and it’s why I’ve dedicated my memoir to them.”

READ ALSO: Barack Obama Opens Up On How His Job As The US President Took A Toll On His Marriage

The tribute came as part of Obama’s preparation for the release of his 798-page memoir, A Promised Land, the first of two volumes, which hits shelves on Nov. 17.

In a second photo on the post, the dedication of the book reads,

“To Michelle — my love and life’s partner and Malia and Sasha — whose dazzling light makes everything brighter.” 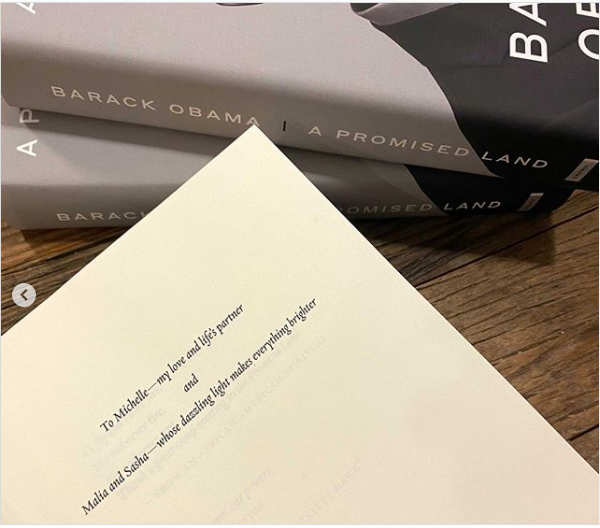 Due to the coronavirus pandemic, the Obama girls have temporarily left college to quarantine at home with their parents, Michelle Obama told Conan O’Brien back in September.

While they were “all excited to be together” in the beginning, playing card games with their dad and even having a family painting night, that novelty seems to have worn off a bit. Since school started back up in the fall and the girls are in virtual classes, they are “no longer thrilled about being with us,” Obama said.

SEE ALSO: “You took on a role you didn’t ask for and made it your own…” Watch Barack Obama Tear up while Addressing Michelle and Daughters in his Emotional Farewell Speech

“Which was fine, ’cause we were pretty much sick of them,” she said jokingly. “And so the summer started happening, and then we could be outside a little bit more, and we came to [Martha’s Vineyard, where we still are, and so there’s more room to roam around … that was good, ’cause it helped us break it up.” 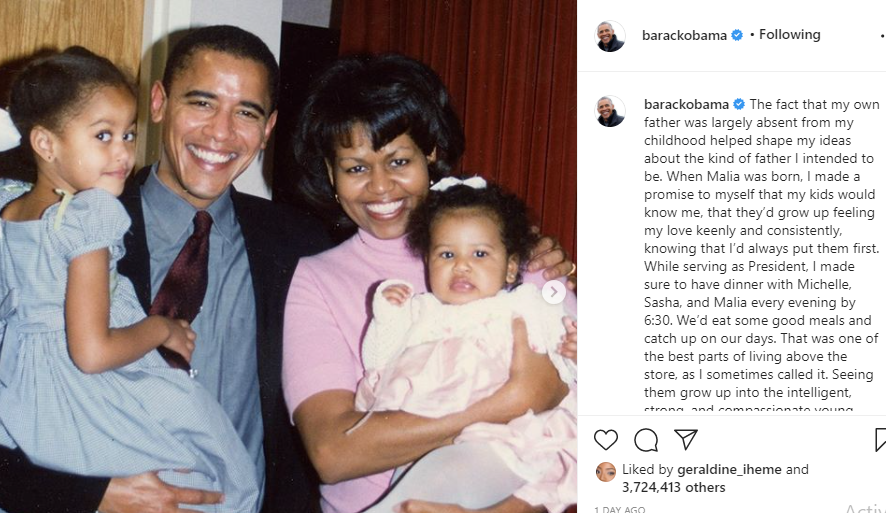