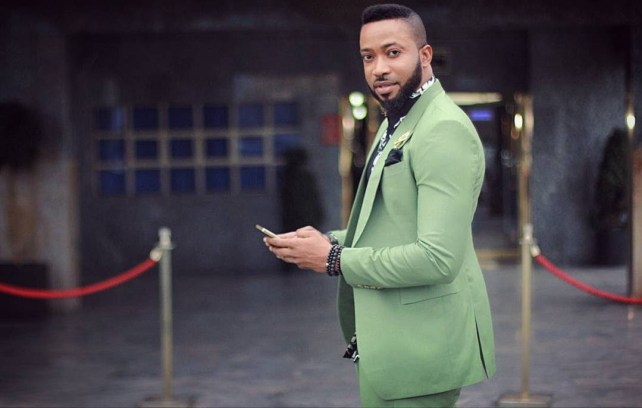 Multiple, award- winning actor, Frederick Leonard has over the years paid his dues to stardom. Ever since he made his debut in Indian Doctor, the graduate of Biochemistry has never looked back, winning awards and laurels.

Having spent almost two decades in the entertainment industry, the Anambra State-born has evolved; from acting, to producing and more recently, becoming an executive movie producer.

In a recent chat with Allure Vanguard, the handsome celebrity explains why he’s yet to be married at 44, the price for fame, and shares some useful tips for staying relevant in fiercely-competitive Nollywood and more.

You have shared your views about marriage and the need for couples not to rush in; have you lost hope in the institution and would you consider remaining single?

I want to be with someone who I have a lot of things in common with; someone I’m compatible with. I believe in the institution of marriage, and I think that people should be more realistic with themselves when it comes to picking a partner.

For an orphan, how did you weather challenges; did you adopt mentors to guide you?

I lost my father when I was 20 and my mum, at 36. Now, I am in my early 40s. So, I became an orphan as an adult. I just became a bit more careful and accountable for my actions; and  responsible for the people around me. I would say that the biggest challenge is that I miss them and it gets me very emotional.

Soon, you would be 20 years in the movie industry. How has the journey been?

The journey has been quite interesting. I have learned so much in the area of cast development, colleague relationship and business side of showbiz. Right now, I am a movie producer andexecutive movie producer. So, I would say that it was not a mistake coming here in my early twenties.

I have taken a better part of the years I spent in Nollywood to learn the ropes. Now, things are looking good. It has been a great experience not without its hurdles. I am thankful to God for his blessings and shining his light of favour upon me. It is a journey I would encourage anyone who understands focus and consistency to embark on.

What are the prices you paid for stardom?

The prices you pay are endless. As a public figure, a lot of people would feel they know you and make you a topic of discussion. People who haven’t even met you, would have a lot to say about you. And sometimes, it can be quite annoying.

Sometimes, you grant interviews and the tabloids cast a very nasty headline, and people judge you based on that without reading the interview. People create scandals and tie you to it. Sometimes people just inflate your age; right now, Google has made me four years older than my actual age.

There is a lot going on. But the defamation of character is quite painful. Aside from that, you also lose your privacy. You want to transact, people know it’s you, then they inflate prices because they feel you have the money. Stardom has its highs and lows.

If you didn’t pay those prices, what do you think your career path would be today?

Coming into showbiz where nobody gives you a chance; and with a lot of hurdles to cross, I probably might not pick up some things that would help me sustain stardom.

Young actors usually face some teething challenges. What were yours?

When we came in 19 years ago, there was no social media. I think that the people coming into showbiz now are quite lucky. You can do a monologue and put out there. You can also send to directors and producers through their Direct Messages on social media.

Sometimes, they might not respond but they have seen it. In our time, we didn’t have such privileges. We had to always jump on molue buses and travel back and forth to attend auditions. Then, the crowd was enormous. You have to go through a lot to be recognised. Then, the pay was usually not good when you’re just starting out because you have no commercial value. You have to invest a lot of years. Another challenge was acceptance by the viewing audience.

What was that one single bad moment that almost made you dump acting?

I used to feel time was running out; that probably, I should try something else. But my mother, while she was alive, several times said to me, “when you were born, a star was born. I am your mother and my instincts can not be wrong. Stick to this, it would pay off.”

SEE ALSO: Journalist & Mom, Kemi Olunloyo Answers Questions On Why She’s Still Single At 56 | Her Reasons Will Leave You Dazed

Within the time you entered the movie world and now, some actors have come and gone; what strategy do you have to ensure a long and fruitful career?

First, I would  say God’s grace and favour. I have also taken my job seriously. A lot of people do not understand that it is not about how beautiful or handsome you look. Filmmaking is like evangelism. And as an Evangelist, the people you’re preaching to must connect with the gospel that you’re preaching.

They must connect emotionally to what you’re saying. You have to be convincing; that’s the only way they would probably buy into your religion. Same with filmmaking; as an actor, writer or director, you must be very consistent and convincing in your story lines.

That way, you build an ardent fan base and that keeps you relevant. I have taken this job seriously and I continue to horn my crafts and try different techniques in acting. These are what have kept me relevant in the industry.

Young actors are fixated on the glam side of acting and don’t plan for old age as we’ve seen with many actors dying in penury. What do you think can and should be done?

Nollywood is a growing industry and a lot of things are still not in place. If the Guilds are where they should be, a lot of insurance polices, health polices and more would come with the package. But right now, we do not have all that.

So, while you’re still in business and in demand, start investing and come up with policies that can protect you during the rainy days. He who has ears, let him hear.

This business is not for the glam. Time travels very fast; before you know it, you’re old and you must have something to show for it before it happens.

How has this year of coronavirus impacted on your career?

The year 2020 will always be remembered as the year COVID-19 shut the world down. I think for all of us in show business, it has taught us to be more creative with what we do. I do not think that it has impacted positively on anybody’s career. It has sort of cut down how much we could have achieved.

Some people are of the view that Nollywood has reached its peak and is right now diminishing. What is your take on the state of the Nigerian movie industry?

Nollywood has not reached its peak. Even Hollywood in the USA has not got to its peak. They keep coming up with different genres of movies and pleasing the audience.

Nollywood is just getting started and I have high hopes that in the next few years, we would be able to compete favourably with content creation on international level and put Nigeria on the map; not just for numbers, but for quality as well.

What will you do differently to further boost productivity and creativity in the movie industry if it is within your capacity?

I’ll set up more training institutes, ensure that certain polices are passed into law that would make sure Nollywood is properly regulated. It has become an all comers affair. That’s why you have few quality movies and a lot of junks.

I would also ensure that everyone who wants to practise in Nollywood, whether cast or crew,  can not do so until he or she goes through these training institutes. As harsh as this may sound, the outcome would make a very beautiful experience for the viewing audience.

ALSO SEE: Successful Publisher, Toyin Akinosho Opens Up On How Being An Only Child Affected His Reality Of Being Single & Childless At 60

Being a popular actor, what are the misconceptions some members of the public have about you and how have you been trying to correct it?

People just look at you and think you’re a sudden way. For those of us who are 6ft and above, and have such a commanding aura, we are often seen as a bit standoffish. How many people would you have to go to and knock on their doors and say hey, I’m not that way?  As an entertainer who is at the top of his game, it’s normal for people to have this misconceptions.

The expectations are rather too high. Some people feel that it’s a different emotion that runs through celebrities. We will keep sensitizing and educating people so that we are not wrongly judged.

I’m quite interactive on my social media handles and the reason I do that is because I want them to begin to understand the Frederick behind the fame. The man behind all the characters that I play is a very soft-hearted, playful young man. He is a people person. I get them to meet the real me than the assumed Frederick Leonard.

You quoted Bimbo Akintola as a major career inspiration for you; can you tell us more about this? Have you shared the stage with her before?

I have done a couple of projects with Bimbo Akintola. The most recent would be Dawn At Midnight. I quoted her as one of the people whose work and craft I respect because, she lets go and assumes the character all the time. You can never catch Bimbo not taking her character seriously.

She is a true Thespian. She is a thorough actor. I have a lot of respect for her craft and fortunately for me, she’s my friend. She is just one of the actors that I think the new crop of actors should look up to. She has such an admirable quality.

How do you relax?

I love to watch movies. I am an indoor person. When I am not working, I would be in doors with loved ones, relaxing or sleeping. I love to listen to good music, go on vacation, refresh and then get back to work.

What are the top three fashion accessories you can’t do without?

Wristwatches, sunglasses and footwears. I don’t joke with them.