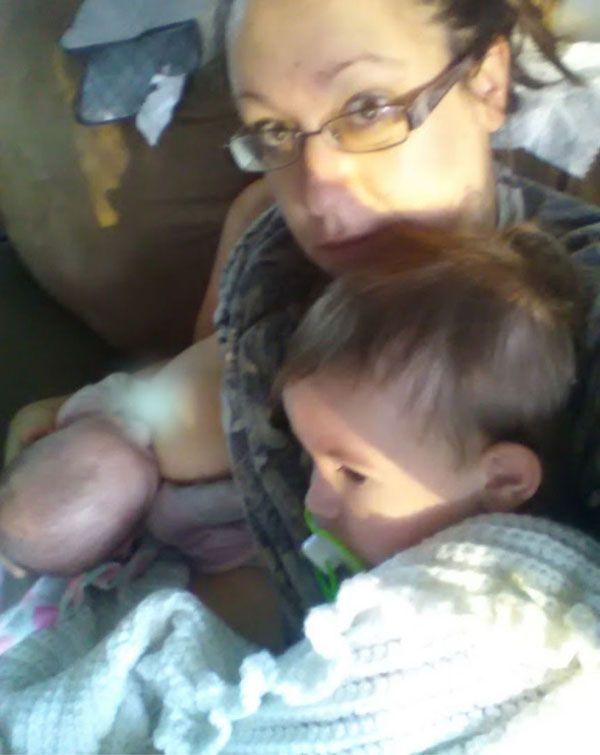 Coping with postpartum depression (PPD) is difficult in and of itself, but the fact that the mental health condition still carries so much stigma only adds fuel to the fire.

Perhaps that’s why when moms, famous or not, take to social media to share their experience, it’s oh-so-appreciated and celebrated.

Tiffany Jenkins, who writes the blog Juggling the Jenkins, took to Facebook and Instagram to open up about her heartbreakingly difficult journey. Though it is an old post, it’s worth sharing.

Jenkins posted this photo of herself with her two little ones, explaining that she “did not like” her children when the shot was taken.

“I actually resented them for existing. Kaiden was 17 months old and Chloe 1 month, and I didn’t want to be their mother, I didn’t want to change their diapers, feed them, and most of the time – I wanted to leave them in their cribs and run out the door, never to return. I’m serious.”

The blogger mom went on to acknowledge that reading that might cause some followers to feel “disgusted thinking, ‘how the hell can someone dislike their own children?’ I know, it’s effed up, which is why it took me so long to tell anybody about it.”

So instead, she opted to remain silent, smile for photos, hide her true thoughts, muster false admiration when someone else would fawn over them. She wrote:

“I cried often, most of the day actually. I questioned my sanity and constantly berated myself for being such a shitty person. I screamed, I hid, I let them cry and pulled my hair out. I didn’t want them anymore. I didn’t want them.”

Jenkins further explained that her husband “didn’t know” because he was gone with work often and she feared that he’d regret having children with her if she shared the truth. Jenkins recalled:

“One day I decided I wasn’t going to get them out of their cribs. I was going to leave them there, let them cry and soil themselves. I didn’t care. I couldn’t care. I tried to care. I COULDN’T care.”

That is when she opted to do something else instead: call her doctor’s office. She told the receptionist she didn’t want to be a mom anymore, and she was told to come into the office immediately, and she did.

After talking to her doctor about PPD, Jenkins noted that he spoke to her “as if he’d had this conversation thousands of times. Turns out, he had.” She wrote further:

“Turns out I was one of MILLIONS of women experiencing those feelings at that exact moment. I wasn’t crazy. Something was wrong with my brain. Something I couldn’t fix alone.

My doctor and I fixed it together. My kids are 2 & 3 now, and I love and adore them so much that my heart physically aches when I think of them. I would give my life for them without blinking.”

To fellow moms who have been gone through same horrific journey, Jenkins said:

”Reaching out for help was the greatest gift I have ever given them as a mother. If any of this sounds familiar to you, I just wanted you to know — you aren’t alone. You aren’t crazy — and you need to tell someone.” 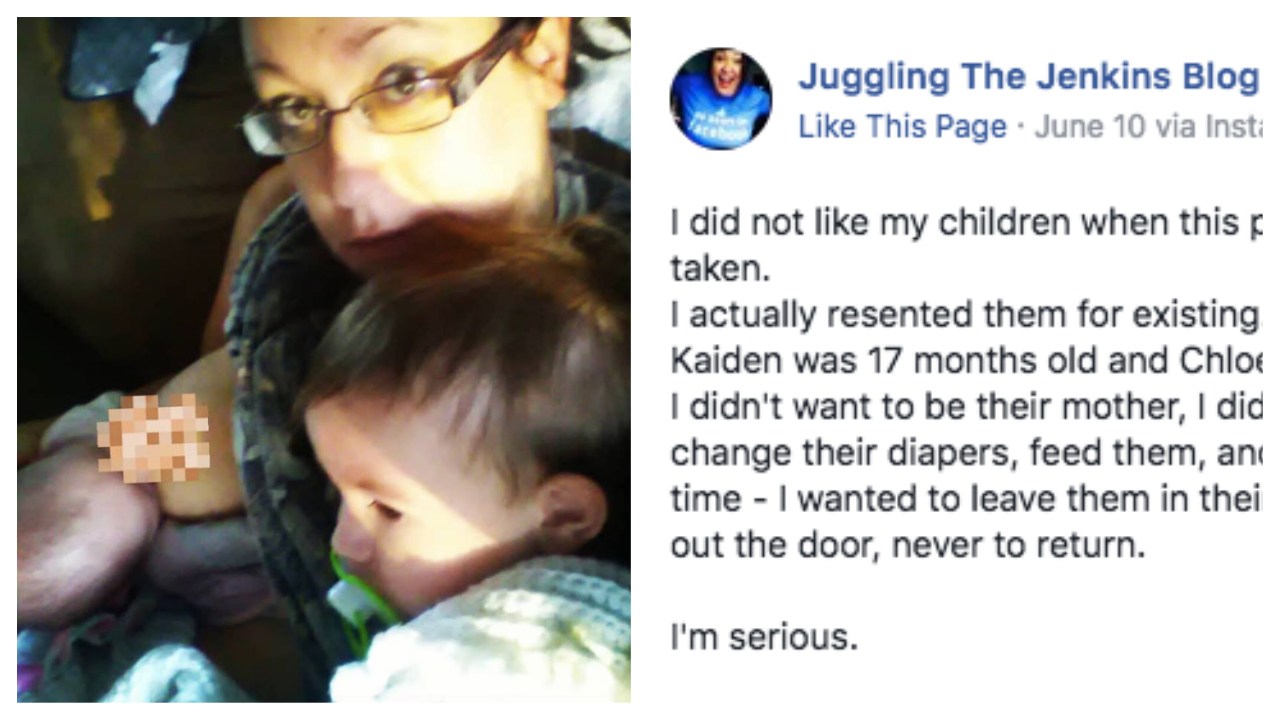 And her empowering message is helping those who are currently dealing with it.

Commenters on Facebook celebrated the courage it took for her to speak out and understand the struggle.