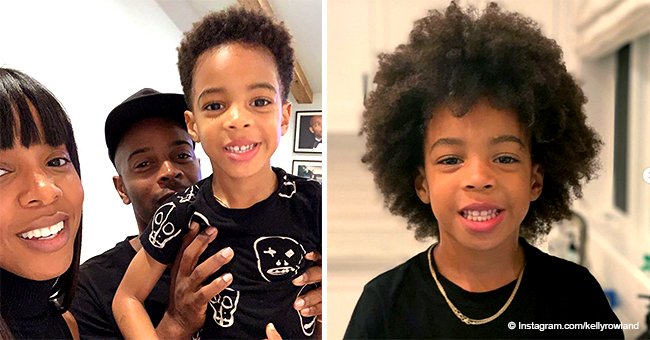 Superstar singer and mom, Kelly Rowland has dished on her ‘mom-hack’ for her older son, Titan during an appearance on The Drew Barrymore Show on Wednesday.

Both moms, Drew (the host) and Kelly were able to connect on parenting during their chat and Kelly revealed she and her six-year-old Titan write affirmations on the mirror everyday. The 39-year-old songbird who is currently expecting her second child with her husband and manager, Tim Weatherspoon said: 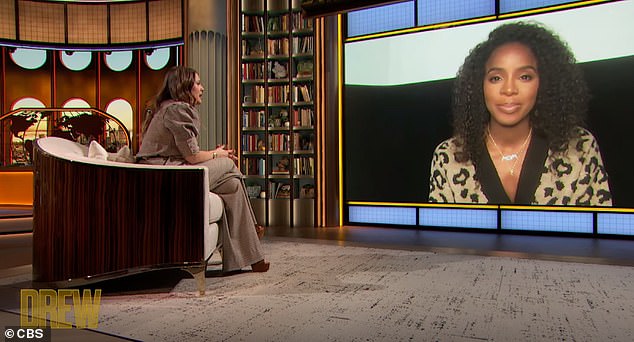 I wrote it down on his mirror with his Crayola markers saying, “I am smart. I am strong. I am bold. I have courage.” Just simple ones and every week we would change them and then the next one would be, “I am a strong black boy. I am a smart black boy”‘.

”I wanted to get it into his body where he absolutely has no doubt so if somebody were to call him a name, he’s like, “No, that’s not what the mirror says every morning,”‘

Drew called the mother-son ritual one of the ‘best mom-wise hacks’ that she had heard of and planned to ‘put it into practice right away’ with her own daughters.

Rowland, who is set to become a mom for the second time was curious if Drew had any of her own secrets to share.

”Okay, so if I gave you one, you have to give me a mom hack because I’m actually really nervous Drew about part 2,”

”Well, it’s interesting because mine were so close together I think that there is always like a benefit to close together because you are getting it all done and using the same stuff and sort of moving forward in tandem,”

Doing the math that her new baby and her son will be six years apart, Kelly wondered aloud: ”Why did I wait so long?”

Drew was quick to step in with some maternal comfort, telling Kelly that both situations are ‘win-win.’ She said: 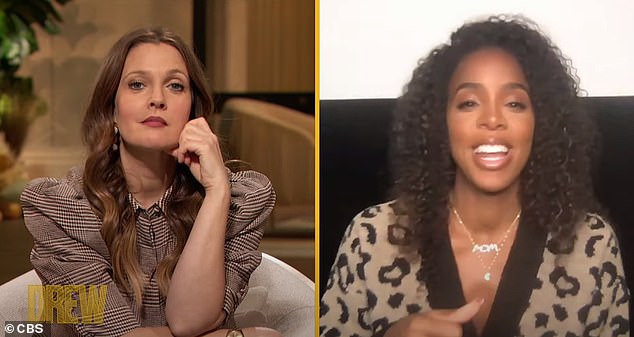 ”I think because Titan can help himself a little, he’ll also be able to help you a little. He’ll be such part of the process of taking care, and bottles and this and that. He’s a vital part of that process, rather than who is this that just walked in.”

In 2021? Nigerians Express Outrage After A School Listed Different Club Activities For Students Based On Gender

The singing sensation announced her current pregnancy earlier this fall on the cover of Women’s Health. In the magazines the hitmaker and dished that the coronavirus lockdown contributed to her and Tim’s choice to have another baby.

”We had been talking about it loosely, and then COVID happened, and we were just like: “Let’s see what happens,”” she explained. 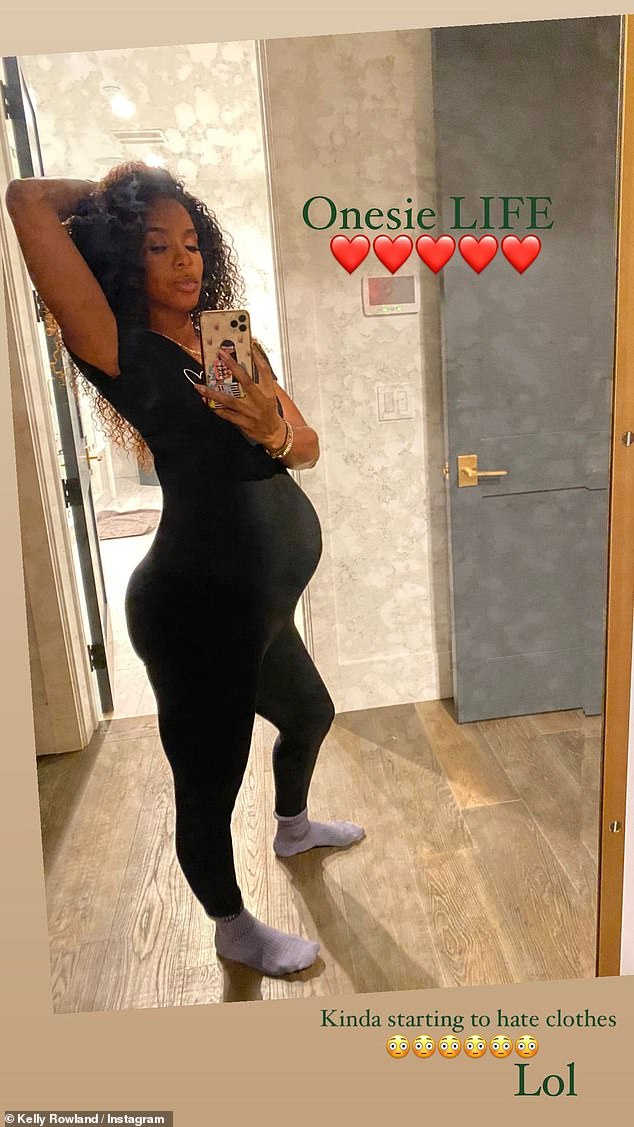 In October Kelly slipped into a slinky bikini to show off her baby bump and celebrate her six month milestone.

She gushed on Instagram at the time: ‘6 MONTHS ALREADY!! This time passed SO FAST!!! I’m enjoying every moment! #2021 #babymoon.’

Kelly is currently seven months along in her pregnancy but hasn’t slowed down with work as she is promoting her upcoming Lifetime Christmas flick, Merry Liddle Christmas Wedding.

The holiday flick is a sequel to Merry Liddle Christmas which sees Kelly reprise her role as Jacquie Liddle to plan her dream Christmas destination wedding.