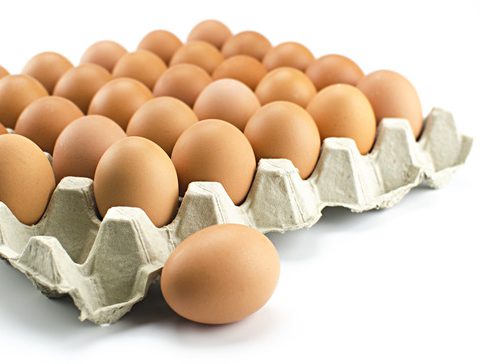 Eggs are a nutrient goldmine! They are a very good source of inexpensive, high-quality protein. However, a new study has cast doubt on these health benefits of eating egg.

Researchers at the University of South Australia who studied a sample of 8,545 Chinese adults have concluded that eating just one egg a day increases the risk of developing type 2 diabetes by 60 per cent.

This is even as nutritionists and earlier study counter the latest study, assuring that eating eggs, avoiding junk foods and exercising are necessary to maintain healthy lifestyle.

One of the researchers, Epidemiologist and public health expert, Ming Li from the university, said of the findings published in the British Journal of Nutrition:

“Diet is a known and modifiable factor that contributes to the onset of type 2 diabetes, so understanding the range of dietary factors that might impact the growing prevalence of the disease is important.”

This contradicts a 2019 research on eggs, in which experts at the University of Finland suggested that eating one egg a day was associated with a lower risk of type 2 diabetes.

The researchers showed that eating one egg per day is associated with a lower risk of type 2 diabetes among men who took part in the Kuopio Ischaemic Heart Disease Risk Factor Study in eastern Finland.

The men were all at risk of developing heart disease.

Taking the study a step further, the scientists compared their subjects’ blood samples to those of men who weren’t at risk of type 2 diabetes. They discovered that lipid, or fat, levels in their blood were the same in both groups of men.

From that, the Finland researchers determined there’s an association between eating eggs and having a lower risk of type 2 diabetes.

Lead author of the Finland study, Stefania Noerman, from the University of Eastern Finland, had said:

“The purpose of the study was to explore potential compounds that could explain this association using non-targeted metabolomics, a technique that enables a broad profiling of chemicals in a sample.

“Although it is too early to draw any causal conclusions, we now have some hints about certain egg-related compounds that may have a role in type 2 diabetes development.

“Further detailed investigations with both cell models and intervention studies in humans that use modern techniques, such as metabolomics, are needed to understand the mechanisms behind physiological effects of egg intake.”

The American Diabetes Association also recommends egg consumption for those who already have diabetes.

Dr Li of the University of South Australia acknowledged that the association between eggs and diabetes was “often debated,” noting that this latest study had aimed to assess people’s long-term consumption of eggs and their risk of developing diabetes, as determined by fasting blood glucose.

“Over the past few decades, China has undergone a substantial nutritional transition that’s seen many people move away from a traditional diet, comprising grains and vegetables, to a more processed diet that includes greater amounts of meat, snacks and energy-dense food.

“At the same time, egg consumption has also been steadily increasing; from 1991 to 2009, the number of people eating eggs in China nearly doubled,”

However, more research was needed to explore causal relationships between egg eating and diabetes, he added.

Meanwhile, nutritionists say the existing evidence would suggest that much of the fear around egg consumption in the past has centred on their high cholesterol content.

Rather, nutritionists say, the amount of saturated fat we eat has more of an impact on our blood cholesterol level than the cholesterol we consume in eggs.

Last year, the British Heart Foundation offered a measured reaction to a US study published in JAMA that linked high levels of dietary cholesterol, such as that found in eggs, to an elevated risk of heart and circulatory disease and even death.

Again, the research showed an association but did not prove cause and effect, the charity noted; adding that more research was needed to understand the reasons behind the link.

The case against eggs, then, would seem to remain unproven, while the case in favour looks strong, argued Victoria Taylor, senior dietitian at the British Heart Foundation.