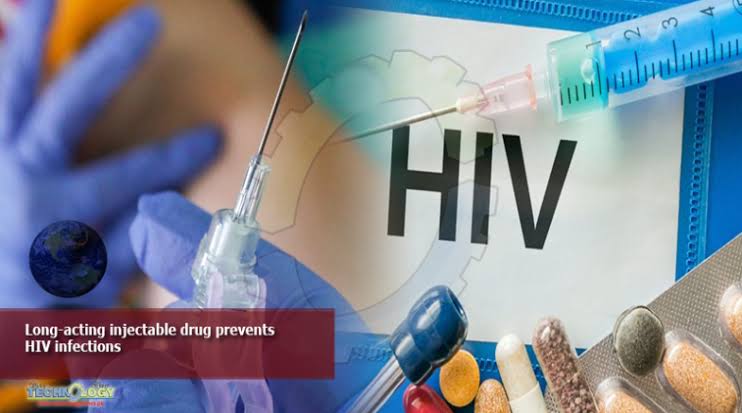 A team of researchers from the HIV Prevention Trials Network have found that the pre-exposure prophylaxis (PrEP) regimen of long-acting cabotegravir injections once every eight weeks was safe and better than the daily oral tenofovir/emtricitabine currently used for HIV prevention among women in sub-Saharan Africa.

This is even as the Director-General of the National Agency for the Control of AIDS, Dr. Gambo Aliyu, says Nigeria is still understudying the medication in order to determine its safety and side effects, if any.

Just as a researcher at the Department of Child Dental Health, Obafemi Awolowo University, Ile-Ife, Osun State, Prof. Morenike Ukpong-Folayan, said the research finding was a most welcome development for women world over and for women in Nigeria.

The trial, known as the HPTN 084 trial, was headed by Dr. Sinead Delany-Moretlwe, a research professor at the University of the Witwatersrand, South Africa and director of research at the Wits Reproductive Health & HIV Institute.

“The results from HPTN 084 are incredibly important for women in Africa where lowering HIV incidence remains a priority.

“We know that adherence to a daily pill continues to be challenging, and an effective injectable product such as long-acting CAB is a very important additional HIV prevention option for them.

“We are grateful to the women who volunteered for this study and the research staff, as this study would not have been possible without their commitment to HIV prevention.”

According to the researchers, 57 percent of the participants were under the age of 25 and the average age of participants was 26 years.

“Approximately nine times more incident HIV infections occurred in the TDF/FTC arm than in the CAB arm. These results meet the statistical criteria for superiority of CAB LA compared to TDF/FTC in the HPTN 084 study population.

“The higher than expected level of adherence to TDF/FTC throughout the study and overall low incidence rate in both arms of the study clearly demonstrate both drugs were highly effective at preventing HIV acquisition”,

“These results are a milestone for prevention of HIV among women at risk of HIV worldwide and especially for women in sub Saharan Africa.

“If we are to turn the tide on the HIV epidemic, we will need prevention options that work for women in sub-Saharan Africa.

“These findings provide great hope and motivation for additional studies to show safety and well-being acceptability in adolescents, pregnant and breastfeeding women.”

In his reaction to the study, NACA’s Dr. Aliyu said,

“When such studies take place, we examine the available global data to see where the medication has been used, for how long, how many patients were involved and how successful.

“This is necessary on our part in order to make for due diligence before introducing it to our people.

“It is a very good idea because it makes life a lot easier for people who take pills everyday.

“The downside is that they have to visit the healthcare facility every two months, compared to getting the pills for a few months at a go.

“When it is finally available in Nigeria, People Living With HIV/AIDS will be able to make a choice between the two.”

“There is a higher preference for injectable contraception by women in Nigeria for the fact that it is not a daily reminder pill and it is also less conspicuous to people that one is taking anything.

“The injectable PrEP for use by women would likely increase the uptake and adherence to PrEP.

“It is now important for us to engage and educate the Nigeria populace about this important research findings, and push the government to get this into HIV prevention policy documents and guidelines.”

“We then do the second thing of putting the needed pressure for its availability like the registration of cabotegravir for use for HIV prevention with the National Agency for Food and Drug Administration and Control.”

ALSO SEE: FG Shares Positive News On Reducing The Prevalence Of HIV/AIDs In The Country

According to her, there is need to get it available in the country and getting it prescribed by doctors when the injectable becomes accessible for public use.