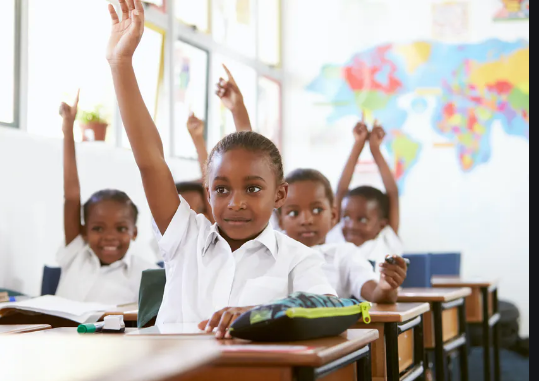 The Executive Secretary of the National Commission for Colleges of Education, Prof. Bappa-Aliyu Muhammadu, has recommended that children should start their primary one at the age of five or six.

He premised his recommendation on the fact that there were some faculties that had to be developed for the children to reason, appreciate and get orientation about themselves and their surroundings.

READ ALSO: COVID-19: Experts Explain Why It Is Crucial To Get Children Back To Learning

Muhammadu stated this in an interview with The PUNCH in Abuja after the conferment of an award on him by a non-governmental organisation.

“The award is a testimony of my belief in the philosophy of early childhood education.

“This is an opportunity for children that are starters to have a year or two before being enrolled into primary one.

Personally, I will like children to start their primary one when they are five or six years old because there are some faculties that have to be developed for them to reason, appreciate and get orientation about themselves and their surroundings.

That is the reason why a six-year-old child knows his or her environment.

“In child development or psychology, it is expected that the reasoning ability of a child should relate to his physical and mental development.

“Some people enrol their child at less than even five years and they make it. But we are saying for a balanced child development as a strategy, six years is a very good period for that child to enrol in primary one so that he or she will spend nine years in basic education.

“By the time he is going to Senior Secondary School, he is around 15 years and that is very good; have four years of university education and the child will be around 19 or 20 years depending on strikes and other maladjustments.”