Adenoids are a patch of tissue that is high up in the throat, just behind the nose. They, along with the tonsils, are part of the lymphatic system. The lymphatic system clears away infection and keeps body fluids in balance.

Adenoids, which shrink by adolescence in most individuals, are designed to trap germs that enter through the nose. A person’s tonsils maintain a similar function, catching microscopic substances that come in via the mouth.

The adenoids catch germs in the nose before they can cause illness. However, these glands or a patch of tissue can become swollen as they fight off bacteria or viruses.

When this happens, the adenoids may enlarge and interfere with breathing and sleeping. They may also feel sore or painful.

If enlarged adenoids are causing symptoms, a doctor may initially try to treat the problem with medications or other treatments. If symptoms are persistent, the doctor may then recommend surgery to remove the adenoids. This surgery is called an adenoidectomy.

However, a Consultant Paediatrician, Dr. Temiye Edamisan, says surgical removal of adenoids in children (adenoidectomy), except in life-threatening situations, can lead to decreased immunity that makes the body susceptible to severe infections.

He said adenoids acts as the body’s defense system and helps children to develop immunity by filtering and preventing harmful bacteria and viruses from gaining access to the body, adding, “removing it distorts the architecture of the place.” 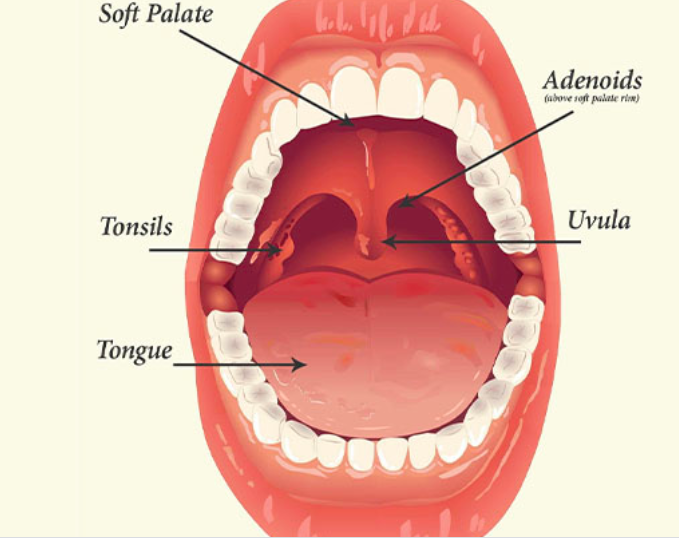 Speaking in a recent chat with PUNCH, Dr. Edamisan, a professor of paediatrics, said except in a case of asphyxiation, which is a condition of deficient oxygen supply to the body that arises from abnormal breathing or sleep apnea (a potentially serious sleep disorder}, adenoids should be left, because children tend to outgrow other health challenges that the condition might bring up occasionally. In his words:

“Adenoids are situated in the passage that connects the back of the nasal cavity to the throat. They produce antibodies that help the body fight off infections.

“Both adenoids and tonsils are part of the immune system, which helps to prevent and fight infection in the body.

“Everybody has adenoids. They are present at birth and grow until a child is between the ages of three and five.

“During the early years, adenoids help protect infants from infection by trapping bacteria and viruses that enter the body through the nose.

“Because adenoids trap germs, adenoid tissue sometimes become temporarily enlarged as it tries to fight an infection. Allergies also can make them get bigger.

“Normally, they begin to shrink around the age of seven, and shrink considerably in adulthood.

“However, it is the enlargement that is the problem. Adenoids that become infected usually become enlarged can obstruct the airways and make them snore. It can also cause upper respiratory infection.

“But they return to their normal size when the infection subsides.”

“The adenoid usually reaches its greatest size by about age five years and then fades away or (atrophies) by late childhood – generally by the age of seven years.”

According to online portal, Healthline, if a child is experiencing repeated infections that lead to sinus and ear infections, the adenoids should be removed.

It noted that adenoids that are very badly swollen can also lead to middle ear fluid, which can temporarily cause hearing loss.

Enlarged adenoids, the online medical platform noted, can cause a number of symptoms that include stuffy nose, sore throat, difficulty in swallowing, swollen glands in the neck, problems breathing through the nose, cracked lips and dry mouth.

SEE ALSO: Paediatrician, Dr Adaugo Onyedinma Explains Why Viral Gastroenteritis Is More Pronounced In Children And How To Prevent It

Speaking also to PUNCH Healthwise, a consultant paediatrician at the Nigerian Institute of Medical Research, Yaba, Lagos, Dr. Agatha David, said adenoids should not be regarded as a disease, noting that usually, the lymph nodes at the back of the nose usually become infected and enlarged when children start school.

She advised that a child that has enlarged adenoids should be taken to see an Ear, Nose and Throat specialist.

On if enlarged adenoids could kill a child, she said,

“Anything can kill anybody if not properly and promptly handled. If it gets swollen and the child can’t breathe, it can kill because the brain would be starved of oxygen supply.”

Treatment for enlarged adenoids, she said, depends on clinical presentation, adding that its severity determines the medical option that would be deployed.

“If a child’s enlarged adenoids are not infected, a specialist may not recommend surgery, and may choose to wait and see if the adenoids shrink on their own as the child gets older.

“Enlarged adenoids might be removed if they continue to cause problems despite treatment with medications,”