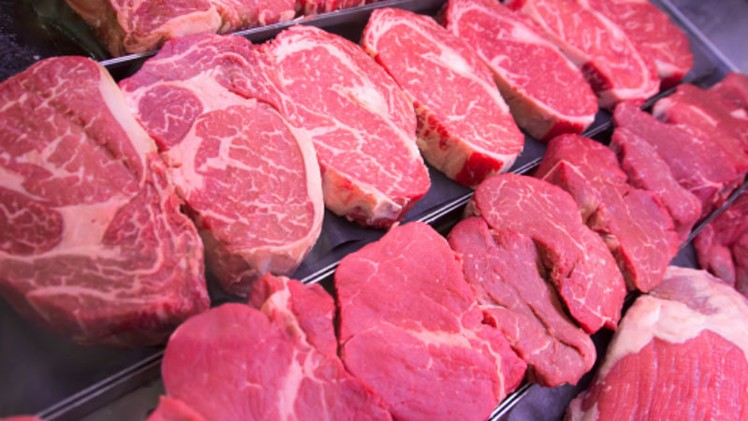 Experts have once again, drawn our attention to the serious health implications of consuming red, processed meat, refined grains and sugary beverages, noting that such diets are associated with increased inflammation of the body and could also increase the risk of heart disease.

The experts urged people to rather consume diets filled with anti-inflammatory properties like walnuts.

In a study published in the Journal of the American College of Cardiology, the researchers said chronic inflammation had been shown to play an important role in the development of heart disease and stroke.

They revealed that certain inflammatory biomarkers, such as interleukins, chemokines and adhesion molecules, had been associated with early and late stages of atherosclerosis.

The researchers emphasised that healthy dietary patterns, such as the Mediterranean diet (rich in olive oil, nuts, whole grain, fruits and vegetables, and seafood consumption, and light on dairy and red/processed meat), had shown lower concentrations of some inflammatory biomarkers and lower heart disease risk.

In the study, the researchers used the men and women from the Nurses’ Health Studies I and II starting from 1986 and included up to 32 years of follow up.

According to them, the participants completed a survey every four years to ascertain dietary intake.

Lead author of the study and research scientist in the Department of Nutrition at Harvard T.H. Chan School of Public Health, Dr. Jun Li said,

“Using an empirically-developed, food-based dietary index to evaluate levels of inflammation associated with dietary intake, we found that dietary patterns with higher inflammatory potential were associated with an increased rate of cardiovascular disease.

“Our study is among the first to link a food-based dietary inflammatory index with long-term risk of cardiovascular disease.

“After controlling for other risk factors such as body mass index, physical activity, family history of heart disease and multivitamin use, the participants consuming pro-inflammatory diets had a 46 per cent higher risk of heart disease and 28 per cent higher risk of stroke, compared to those consuming anti-inflammatory diets.”

The researchers suggested consuming foods with higher levels of antioxidants and fibre will help to combat inflammation.

These foods, they say, are among the major contributors to the pro-inflammatory dietary index.

Commenting on the study, a senior consultant in the Department of Internal Medicine at Hospital Clinic in Barcelona, Spain, Dr. Ramon Estruch said,

“When choosing foods in our diet, we should indeed beware of their pro-inflammatory and anti-inflammatory potential.”

The researchers also examined how incorporating walnuts into the diet decreases inflammation.

Reacting to the study, a Lagos based registered Dietitian-Nutritionist, Cynthia Onyekwere, told PUNCH correspondent that the intake of red and processed meat, refined grains and sugary beverages had been associated with quite some diseases such as cancer, type 2 diabetes and cardiovascular disease.

“Inflammation plays a key role in the aetiology of these diseases as well. For red meat, its saturated fat content, processing as well as cooking methods ( cooking at high temperatures) are some of the reasons for linking it to non-communicable disease especially cancer.

“But as a dietitian, I still advise my patients to eat red meat but it has to be lean cuts while avoiding organ meats and processed meat as well.

“In addition, I encourage them to eat whole grains, vegetables and fruits in place of the refined ones and to completely avoid sugary beverages such as soft drinks.”

SEE ALSO: Replacing Your Usual Snacks With Walnuts Can Improve Your Gut And Heart Health- Research

On walnut, the dietician said,

“I am not surprised by the new findings of walnut. It contains omega 3 fatty acid which is known for many positive effects such as reduction of triglycerides, reduced risk of heart attack and stroke to mention but a few.

“I also recommend a daily intake of nuts because they are very beneficial to the body however, in moderate amounts.

“So, this new study which shows that walnuts lower inflammation suggests that food has a lot of beneficial properties that the world is yet to fully harness.”