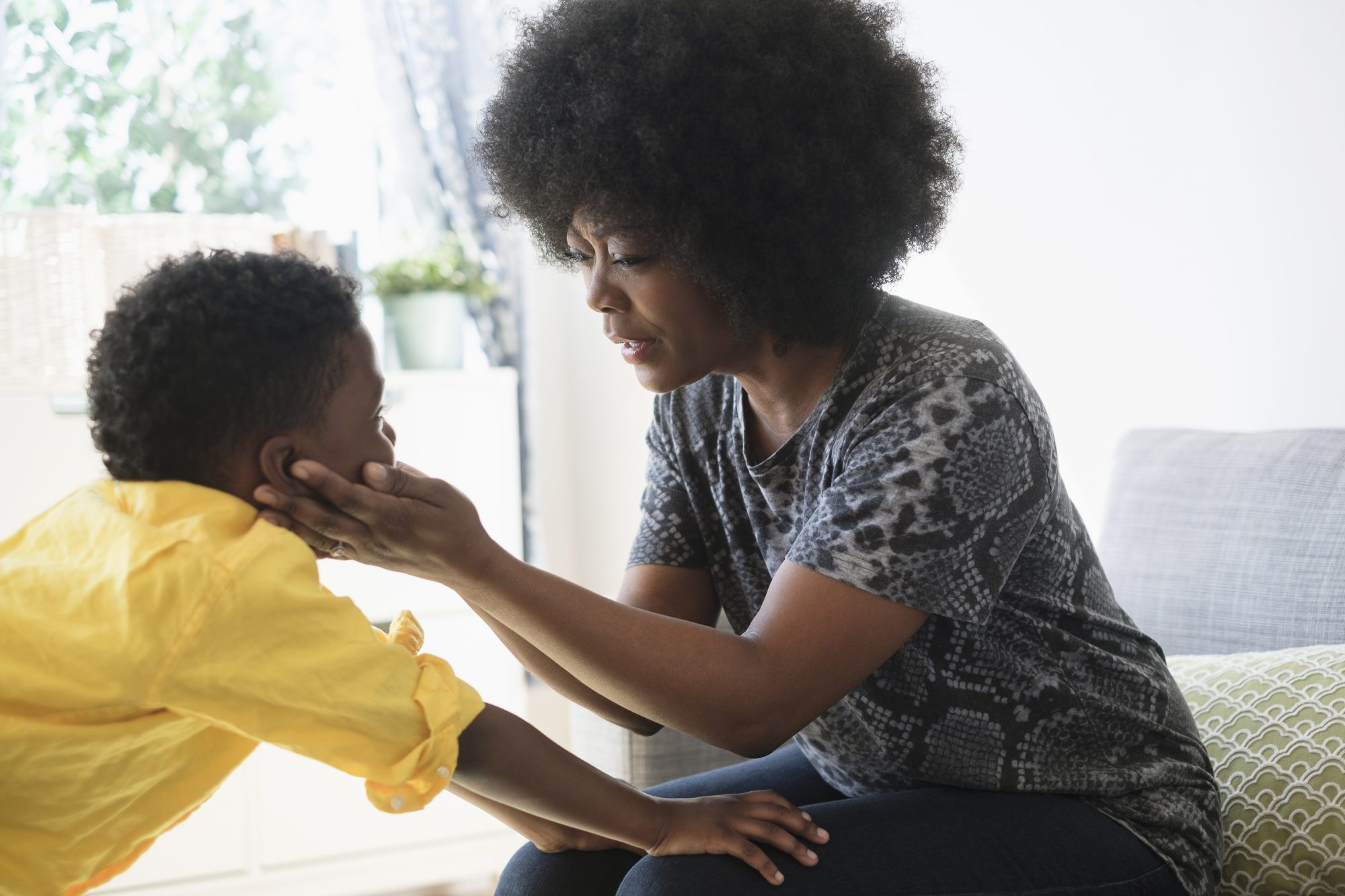 ‘You’re going to be such a heartbreaker!’

Why it’s problematic: Sure, you may be saying it privately or in front of others to fill a gap, but these words actually impose adult, romantic stereotypes on infants and toddlers or young kids, according to Dr. Pressman.

“There’s this weird, heteronormative ideal you’re imposing on a little kid when you say these words,” she explains. “You’re setting up a world that works in a particular way because you don’t usually say this about two boys or two girls.”

Instead, you’re naming something as normal or showing what to expect in relationships when it’s really just kids getting to know each other, she adds.

“Down the road, all these subtle messages that you give little kids become how they interpret who they’re supposed to be, so the silent message becomes that there’s something wrong with who they are.”

(Dr. Pressman says a variation on this is also when parents say, ‘Oh, is that your girlfriend? She’s so cute!’)

Why it’s problematic: Research shows that children—girls and boys—who play with dolls reap the rewards. It expands their imagination, helps with empathy, language and more. But the idea of a boy having a doll is still something that causes discomfort. Per Pressman, it’s a scenario that’s easy to spot on the playground.

“Toddlers would have those mini strollers where they could shuttle their dolls and more girls would have them than boys,” she says.

“As a result, the boys would want to take them because they had no other way of playing with them.”

You have to ask yourself about your parenting intentions with this one.

“I don’t want to assume that parents are interested in creating more gender equality—maybe they’re not and that’s not for me to judge,” she says.

“But you have to at least be conscious of it if you are putting a message like this out there to your kid.”

READ ALSO: Ayodele Olofintuade’s Narrative On Raising Boys Outside the Norm Is a Breath of Fresh Air

Why it’s problematic: This expression comes with plenty of nuance, of course. If you’re using it to teach your sons not to show emotion when they are hurt or upset, that’s a no-no, says Dr. Pressman. But if you’re saying it to teach perspective, that’s less of an issue.

“Sometimes, a phrase like this can be something parents say to help kids—boys or girls—be brave.”

Still, you want to be sure you’re not creating an environment that’s anti-tears.

“If something hurts—physically or emotionally—you never want a child to feel like they can’t express how they really feel,” she says.