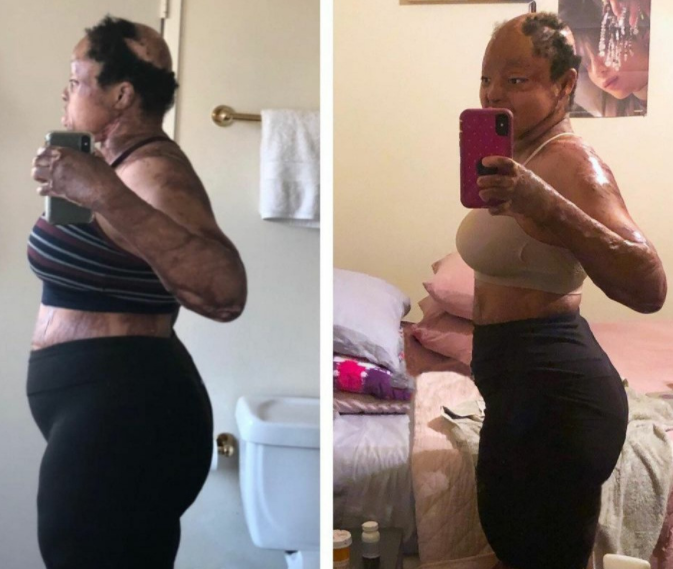 This is definitely not your typical weight loss transformation story.

Kechi Okwuchi, a Nigerian-American singer and motivational speaker who was one of the two survivors in the Sosoliso Airlines Flight 1145 crash on December 10, 2005, has excitedly shown off her amazing weight loss progress.

Okwuchi, a finalist at the twelfth season of America’s Got Talent in 2017 posted some inspiring photos of herself on her Instagram page and explained how she made the progress.

America’s Got Talent alum said she began actively working on her weight in February 2019. She explained that she had the “worst eating habits” and she was worried about going on a weight loss journey because she didn’t want to give up junk. 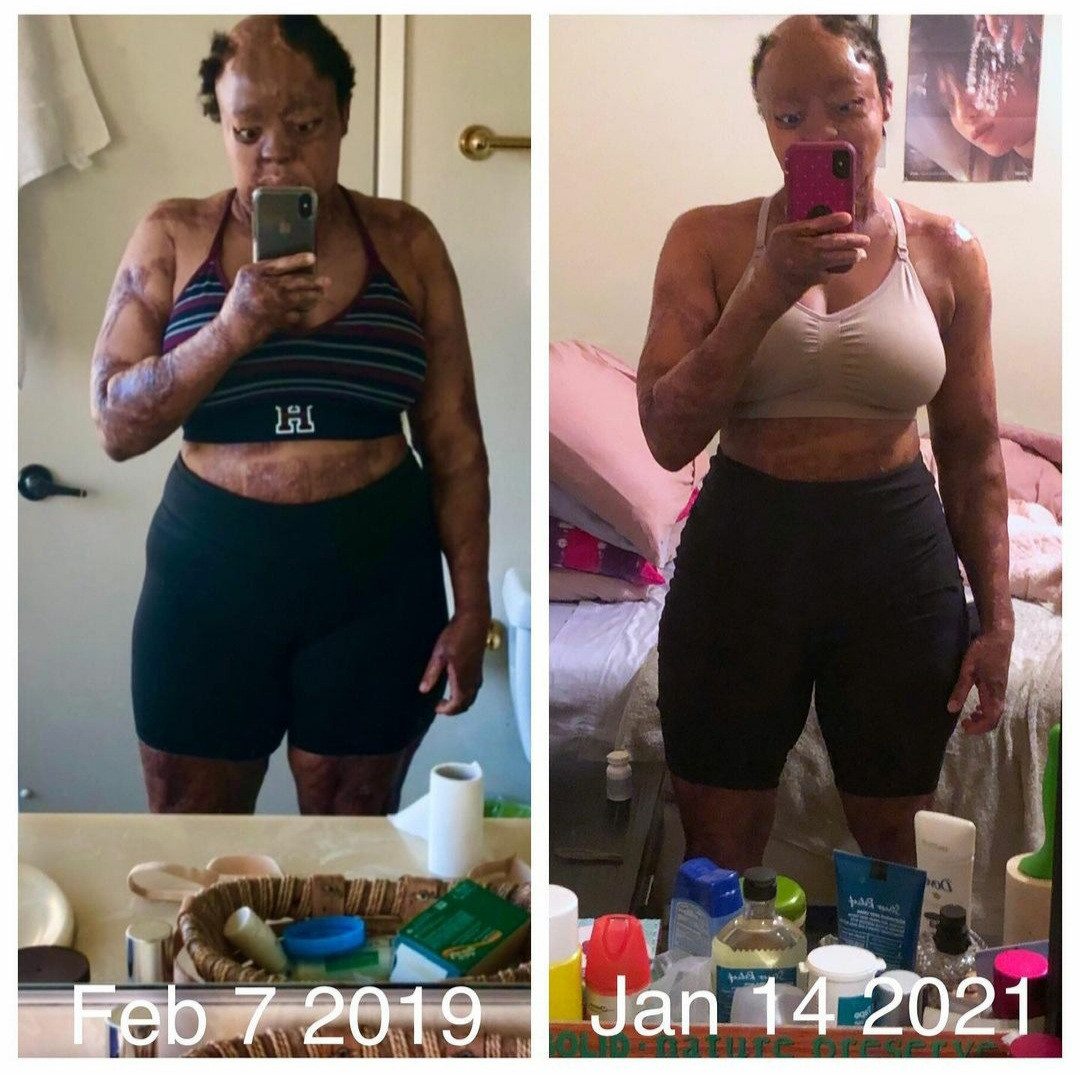 But she says she later discovered she didn’t have to give up junk, but only has to reduce the portions she ate.

Interestingly, Kechi revealed that she has now lost 35 pounds just by eating less and she shared before and now photos with her followers.

”I am VERRRY nervous posting this ? but my mom encouraged me and told me it was ok.So I’ve been contemplating for a while about posting these before/after pics cause 1, the difference isn’t super dramatic or anything and 2, y’all know; the Kechi on the left was as happy and body confident as ever ☺️buuut she also had the worst eating habits ??I’m talking 3 plates of pasta at 2am and wondering why she’d wake up so bloated ??no regrets though! Cause I won’t lie, I’ve had a lot of fun with food lmao I still do, y’all know.

I just don’t eat as much anymore. This has been a very, very gradual process for me. I’ve never attempted losing weight or working out with proper goals in my life cause I’m lazy and also the process of weight loss has always looked unappealing to me.

But my friends told me I didn’t have to TOTALLY give up the junk I love (my biggest fear ?), I just had to reduce how much I ate at a time and do the same for regular food. And get more active (ugh?).”

READ ALSO: This Common Habit May Be The Reason Behind Your Weight Gain

“I’m pretty proud of my progress..my friends and family are too. They’ve been super encouraging and patiently guiding me, and my mom is my biggest champion. It’s been 2 years since I started taking my health seriously and I think I’ve managed to make this a lifestyle. I’ve lost a little over 35 lbs and most importantly, what I’ve lost, I’ve kept off. I just wanted to share with you guys.” 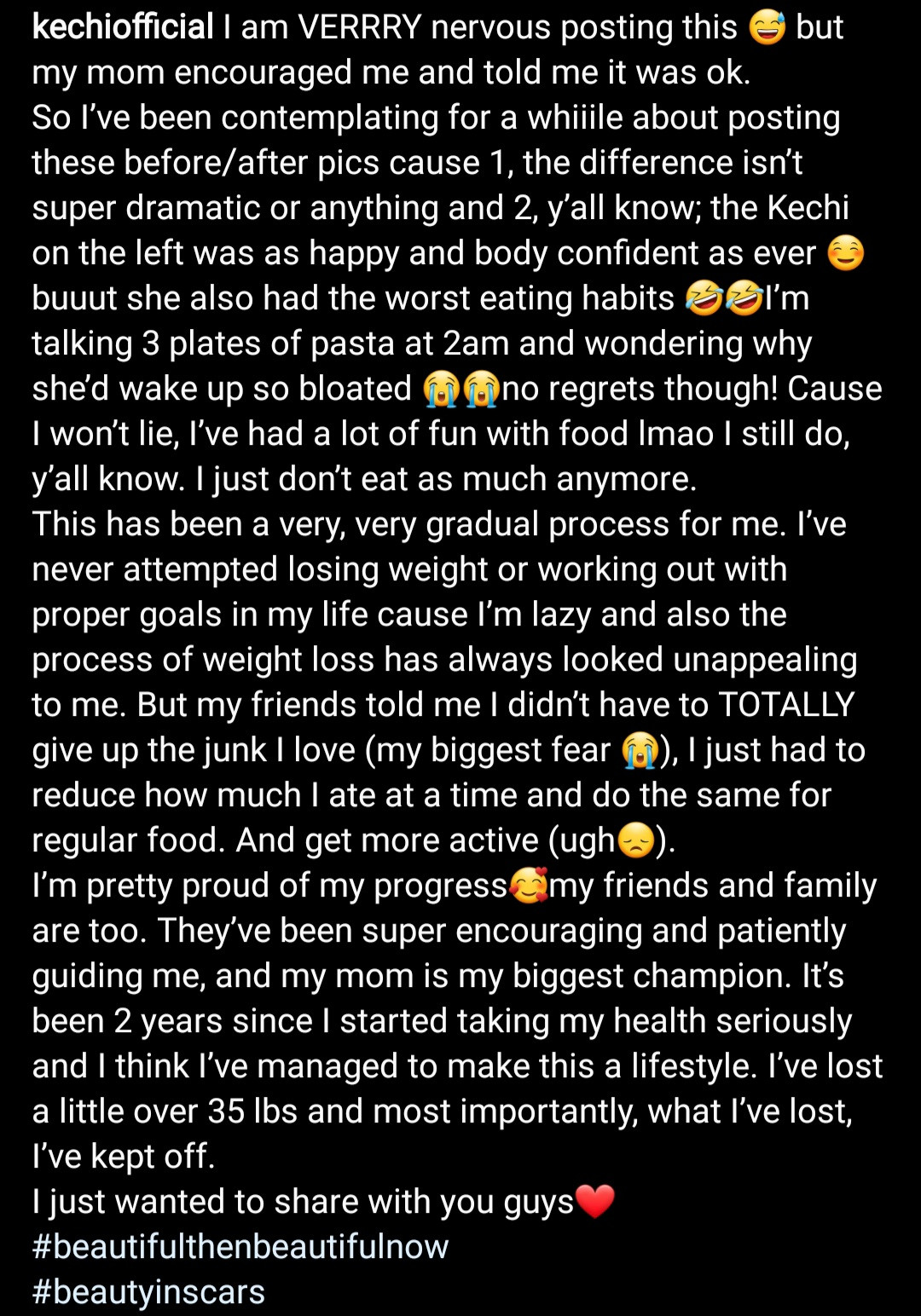