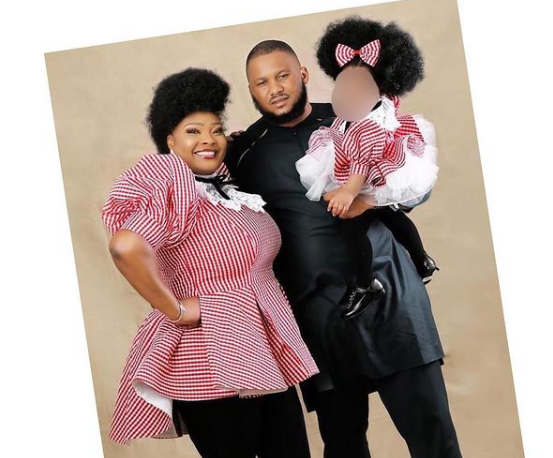 A Magistrates Court in Lagos State has ordered that a DNA test be conducted on the daughter of Nollywood star actress, Ronke Odusanya.

M. O. Tanimola, the magistrate, gave the order on Wednesday when the case was brought before her at Court 8, Samuel Ilori Court House, Ogba, Ikeja magisterial district, Lagos.

According to a report by PREMIUM TIMES, the curvy actress and her baby daddy Olanrewaju Saheed, popularly known as Jago, are currently in court for several reasons including the welfare of their daughter, Oluwafifehanmi.

The estranged lovers welcomed their daughter in August 2019.

When the matter came up in court on Wednesday, Jago, through his lawyer, requested the court to order a DNA test to ascertain the paternity of the child, on the grounds of suspicion of infidelity.

Ms Tanimola, ruling, decided on an undisclosed hospital on Lagos Island for the test to be done, and for the results to be sent directly to the court.

She adjourned the case till March 31, for further hearing.