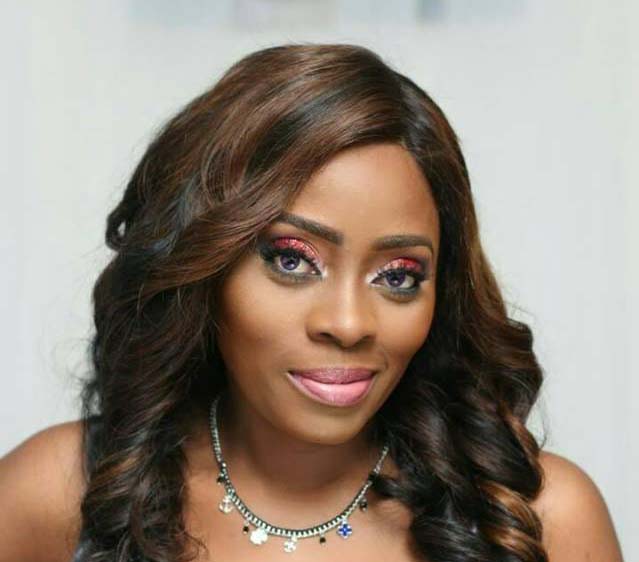 Having waited for eight years to conceive, President of the Association of Professional Party Organizers and Event Managers of Nigeria (APPOEMN), who is also the chief executive of Omega Events, Gbemisola Ope decided to try the IVF procedure.

In fact, she had gotten the injections she needed to start the process and had barely started when she found out she was pregnant.

Gbemisola Ope was justifiably over the moon, when she discovered that she had conceived, after waiting for eight years. Pregnancy it would seem, played hide-and-seek with her. In fact, she had even resigned herself to fate and chosen the option of In-Vitro Fertilization (IVF) and was already on the preliminary medication, when she accidently discovered that she had conceived naturally.

When the shock of the pleasant discovery ebbed, she resolved to donate the load of expensive drugs she had just been given by the British IVF centre, for use in treating other less privileged patients in need of IVF intervention but could not afford the cost.

When she looks back at the road that brought her to that point in her life, Gbemisola is filled with gratitude to God, the Ever Present Help in times of need. These days, she devotes time to nurturing young people who are choosing event management as a career, in much the same way that she has watched her children learn about life from her and are growing beautifully.

In a chat with DailySun, she talks more about her journey in motherhood and business mentorship.

READ ALSO: After Multiple Miscarriages and N11 Million On IVF, Omotade Alalade Shares Her Joy As She Welcomes Newborn Babies

Tell us more about your IVF journey

I went to England and registered for IVF under the National Health Service (NHS). I was told that because of my age. I would be on the waiting list for two years. So we decided to approach a private facility. Now that I am talking about it, it seems funny because I am saying it casually.

I remembered that after paying the fee, we were told that the medication would be sent because I had to inject myself for up to 30 days. When the box arrived, it was a big box, almost like 10 times the size of the Indomie packet. I remember telling myself that these people must be joking. Anyway my mum flew in from Saudi Arabia because I needed someone to inject me. The drug was also intended to induce ovulation, so that the IVF process could start.

Back then I was working and so on my way to work, I passed in front of Boots, a popular shop in Britain. Then something said to me go in and buy a pregnancy test kit there. I wasn’t even a religious person but I heard the voice clearly.

I kept walking and the voice wouldn’t stop. So I walked in and bought the cheapest pregnancy test kit because I had previously bought assorted ones in the past and found out that I wasn’t pregnant. Somehow, I went ahead to purchase one. Then I went into the toilet. I did the test, and saw two blue lines. I was stunned. Do you know I left the kit on the table and sat down for about 10 minutes, until somebody said, “Are you okay?”

I replied, ‘I think I am pregnant.’ They were all looking at me like I was crazy. Then I remembered the test kit I left on the table. I went back to pack it and called the hospital. The hospital did a proper blood test and the laboratory technician said the hospital would get back to me. Later I was called and told that I was pregnant.

Immediately I called my mum and told her what happened. She said I should come home and stop working. At that time my husband was in the United States and I called him. It was 2.00 a.m in the US, so he didn’t take the call. Later he called back and told me that I was pregnant. I asked him whether my mother called to tell him, and he said no and added that he had a dream in which he saw his late mum who told him I was pregnant.

Eventually, I donated my IVF injections to the IVF centre for people who might need it. From that day I named my daughter, Oluwadara. That is what everybody called the pregnancy. I had fibroid and it was really bad and they even told me the fibroid would kill the baby but she is well and alive.

SEE ALSO: “God please take away this wealth and give me children” – This Man’s Testimony will Encourage You

How is she doing now?

She is growing fantastically. Although she is mega-spoilt and last year I decided to adopt another little girl. Dara will be 10 this year and Oluwakemi will be nine this year. So I have two girls.

How was the adoption process?

It is very tedious and hopefully the government will step in and make it less tedious. Although, I understand where the government is coming from because some people use the kids for different things. I still think there should be a way whereby they can protect the kids and people who want the kids genuinely.

For me it wasn’t too difficult because she was somebody I already knew so it wasn’t like I had to go to orphanages looking for a child. But it was still tedious because I have friends who have been trying to adopt and they have been at it for three years.