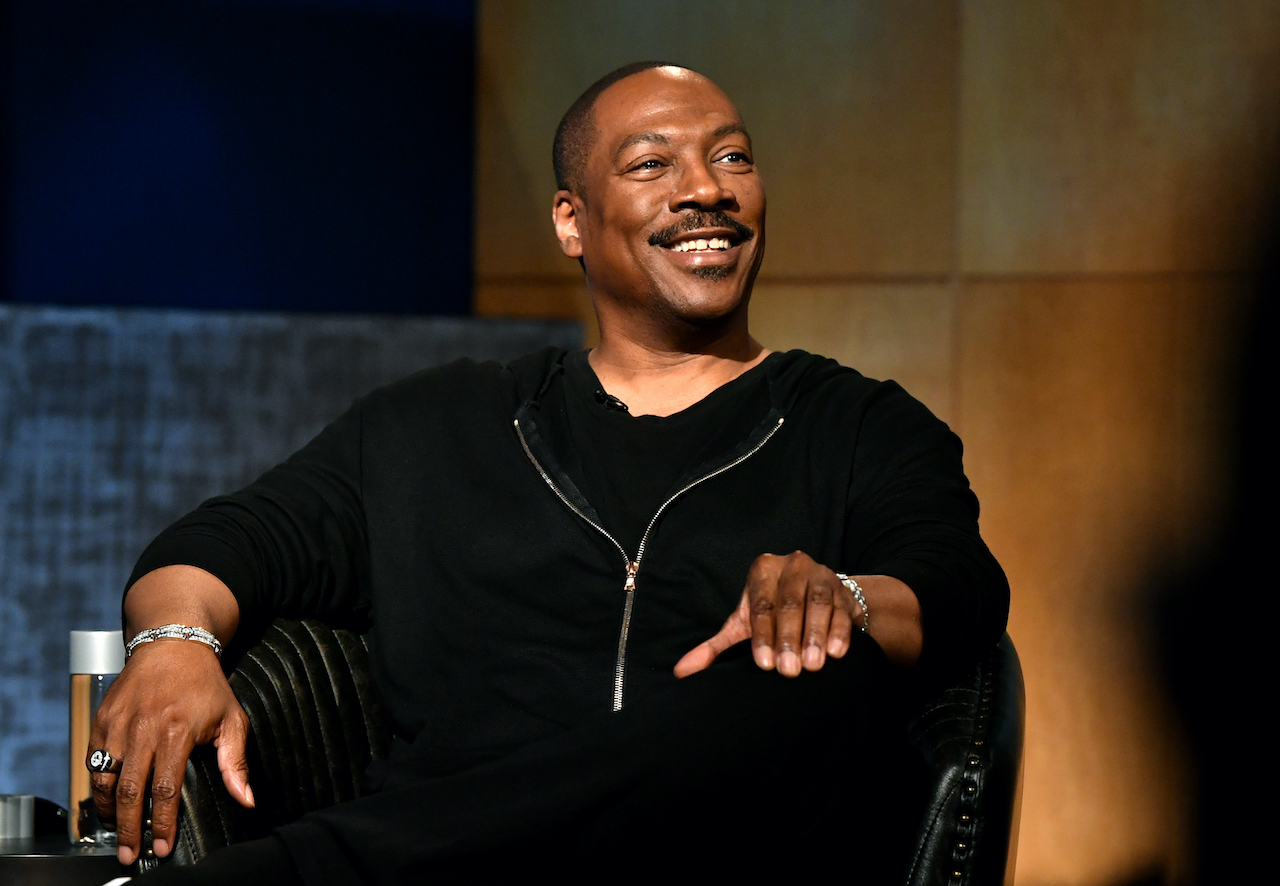 When it comes to being a celebrity dad, 59-year-old Eddie Murphy‘s got more experience than most. The legendary comedian and actor has fathered 10 children ranging in age from 2 to 31.

The comic actor’s large brood includes 19-year-old Bella, the youngest of his five children with ex-wife Nicole Murphy, who plays his middle daughter in the just-released Coming 2 America.

In a new interview with British newspaper the Mirror, Murphy sounded off on fatherhood, which he called “the center of everything.”

“I am going to be 60 in April and I have all these babies,” he shared, adding that his family now takes precedence over his career.

“The whole idea of being out there and doing three movies a year, that s*** is over,”

“I have got all these babies … Along the way I realized that if you put your children first you never make a bad decision.

“When you hit a crossroads moment or you have got some s***, you think, ‘Well, what is best for my children?’ If you go that route then you never make a bad decision.”

Murphy first became a father in 1989, when he and then-girlfriend Paulette McNeeley welcomed son Eric. A year later, Tamara Hood gave birth to his son Christian.

Shortly after his 2006 divorce, the actor made headlines when he dodged former Spice Girl Mel B’s claims that he was the father of her baby, a daughter named Angel born in April 2007.

After paternity testing proved that to be the case, Murphy has since welcomed Angel into his family. Finally, he has two children, a daughter born in 2016 and a son born in 2018, with longtime partner Paige Butcher.

ALSO SEE: Proud Dad, Eddie Murphy Shares On His Life As A Father Of 10 Kids

Murphy, who is also a grandfather, spoke glowingly in the interview of each child. He said:

“I don’t have any of that. My kids are so great, normal people — and nobody is like the Hollywood jerk kid.

“My kids are smart and are trying to do stuff. I am blessed with my kids. I really, really got lucky.”