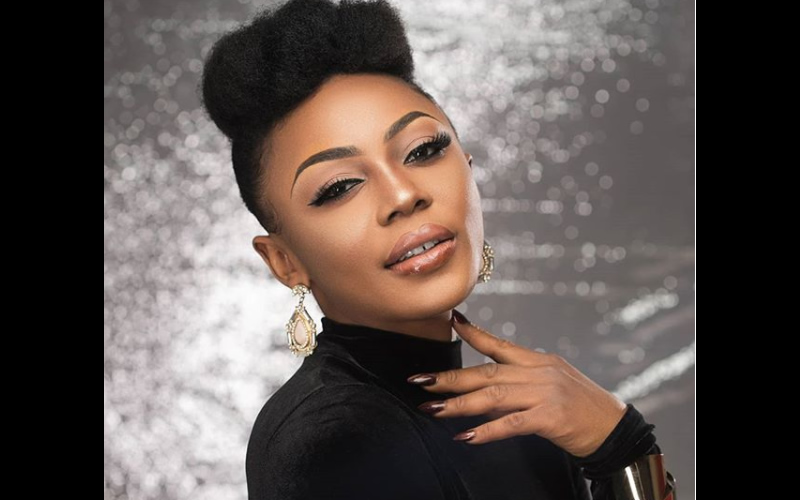 Former Big Brother Naija housemate, Ifu Ennada has revealed that she would rather settle for a single mother than marry a man who cheats.

Giving reasons for her statement, the actress and fashion designer, in a post shared on her Instagram story, disclosed that her peace of mind is paramount and would not want to die before her time.

According to the reality TV star, it is no longer a man’s world where they think they are doing a woman favour by marrying her.

She added with a woman’s money, a good sperm donor can give her a child or children, and her own money will help her live her best life rather than be with a cheater. In her words:

”In other news: I’d rather be a single mother than be with a man who cheats for a living. My peace of mind is paramount. Nobody can make me die before my time. It is not a man’s world… some men think they’re doing women a favour by marrying them. MF, the woman is the one doing you a favour”.

“With her money, a good sperm donor can give her a child/children and her own money will help her live her best life. And if she wants sex, there are different ways to get it – digital and manual. This is not 1850”.

”It’s Not Impossible…Monogamous men are not all dead. We need to understand that women also have the ability to be unfaithful and might even be better at it. It is not impossible for a Man to be faithful… Let’s stop this narrative that all men cheats. Everyone gets tempted. Everyone can master self control.”

Below are screenshots of her words: 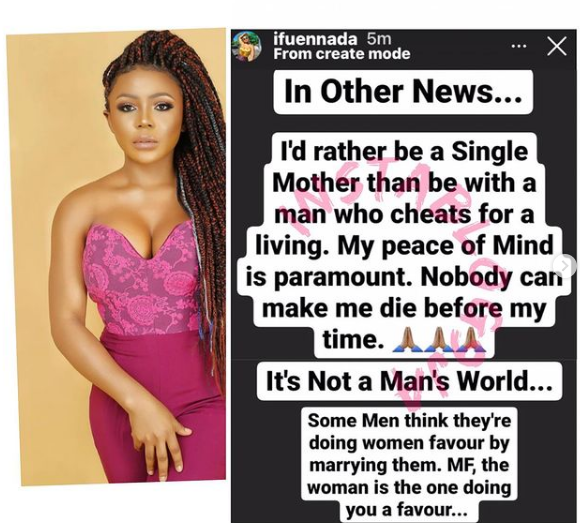 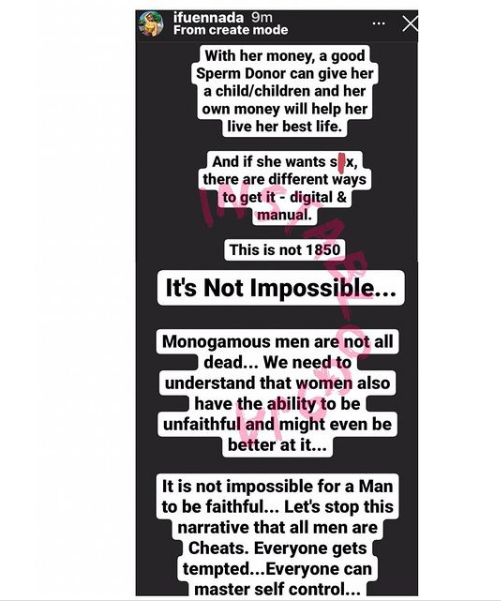 SEE ALSO: Nigerian Woman, Olakemi, Who Was Raised By A Single Mum Tells Why She Also Chose The Single Mum Life 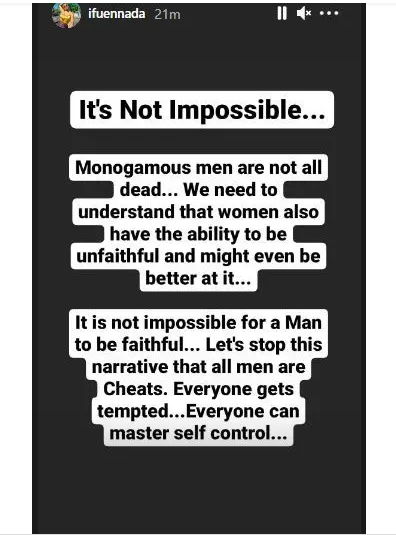