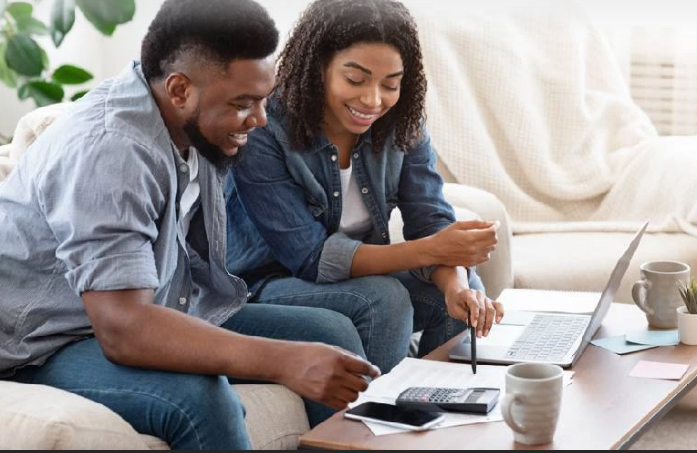 Numerous studies have shown that money is the No. 1 reason why couples argue and fight in marriages. While one person might be a saver, the other likes to spend. So when partners merge their money into a joint bank account, it can create frustration, resentment, and maybe even some financial problems.

In these instances, having separate bank accounts might ease some of the tension.

“Hopefully, those components are already in place for most relationships. But there could still be some scenarios where a joint account is not in your best interest.”

According to a Survey by Truist Bank and the Harris Poll, most people admitted that they spend and save money differently from their partner, and 35 percent blame finances for their relationship stress.

To avoid squabbling over money, more couples are opting not to merge their spending and accounts. Millennial couples, especially, are less likely to blend their money than older generations.

Finances, in general, and whether to open a joint bank account is something couples should discuss before tying the knot, Jones says.

But there should be no rush to mingle your money when you get married, especially if you have an established career, significant savings, or family financial obligations. If your spouse is pressuring you to open a joint account, that’s a red flag that you shouldn’t ignore.

You should feel comfortable taking your time to decide how, when, and whether to join your money, Jones adds.

Below are some reasons you may want to rethink opening a joint bank account with your spouse.

Everyone’s relationship with money differs, including how they spend and save, so separating finances could keep conflict from arising and accounts from getting overdrawn.

Patrina Dixon, certified financial educator in Windsor, Conn., and founder and CEO of It’s My Money, says she sees this all the time with her clients. She explains:

How you grew up plays a role in your money handling habits, too. If one spouse grew up in a wealthy family where money is no object and the other came from a struggling lower-income family, Cathy Pareto, certified financial planner and president and founder of Cathy Pareto and Associates in Coral Gables, Fla., says their perceptions of money might be worlds apart.

“They will often bring that into the marriage or partnership, and it can be cause for lots of fireworks,” she adds.

Your partner has a lot of debt.

If you or your partner have bad credit or any delinquent accounts, think twice about combining your money, Jones suggests. One spouse’s poor credit likely won’t impact the other, but if you open a joint account, it will appear on both of your credit reports, which could affect any joint applications for a mortgage or other loan.

A lender would co-score both spouses, which may mean taking the lowest or median credit score, Pareto explains.

“In a case like this, it would be more helpful for one person to establish or improve their credit history and score on their own, without their partner or spouse,” she says.

One partner has financial obligations from the past.

In blended families or second marriages, one spouse may have obligations such as child support, school tuition, or other financial promises to uphold for their children or other family members.

Pareto advises getting separate accounts in these instances. Otherwise, the other spouse may resent having to contribute to these expenses that they don’t feel responsible for.

Keeping separate bank accounts helps couples maintain individual freedom, Jones says. But you’ll still have shared responsibilities, such as household bills, so you need to communicate about money. For personal spending, she suggests setting a threshold with your partner, such as $300 or $1,000, and discussing any spending over that.

Financial independence is also important if an emergency arises, so each partner needs access to funds and the ability to act independently. If one person is too controlling over the money, it could be a sign of financial abuse.

It makes things much easier if you ever split up.

When you say “I do,” you expect to live happily ever after with your spouse. But if the relationship sours, having independent accounts will make it easier to part ways, Jones says. Since both spouses have access to withdraw from a joint account, it could be weaponized during a separation. She adds:

“I counseled a woman who had only one bank account, which was jointly held with her husband. Her husband, meanwhile, had his own personal savings and checking accounts, which is where he funneled all of their joint money once he learned she wanted to end the relationship.”

Be blunt and start early. “Money conversations should happen prior to full-blown partnerships, meaning while dating before marriage,” Dixon says. For example, talk openly about your credit score and financial goals, and ask your partner about theirs.

“It’s important to understand what your own relationship with money looks like and how your partner’s money values may or may not align with yours,” Pareto says. If you’re not ready for a joint account, be candid about your concerns.

Part of the conversation should cover how you’ll handle household bills and expenses. Maybe certain partners handle specific bills or you split each one. Jones says sometimes couples set up a joint account for this purpose alone, but also keep separate accounts.

“The most important thing is to create a system so that nothing falls through the cracks,” she explains. Creating a process for when a bill is paid, such as paying bills together or checking it off a list, keeps everyone on the same page. You can always adjust the system as responsibilities and finances evolve.

Just be honest with yourself and your partner, Jones emphasizes. Ultimately, she says, “it’s your money, your accounts, and your decision about how to manage your financial affairs.”