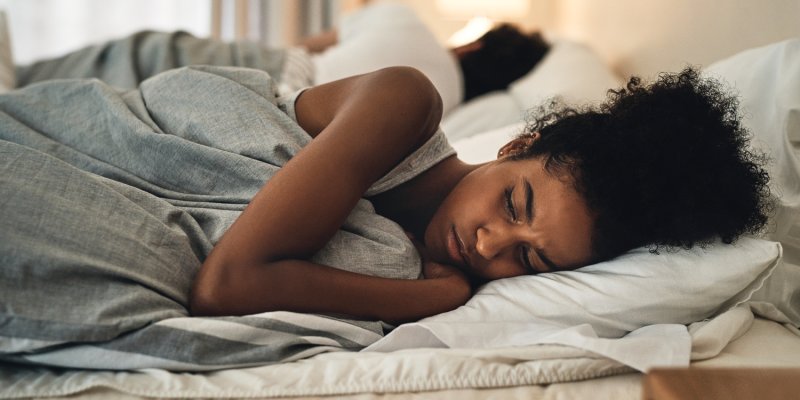 Jide Olaoye has not been happy with his thirty-year-old wife in recent times. 34-year-old Olaoye works at a new generation bank on Victoria Island, Lagos, while his wife works at a real estate development firm in Ikeja.

Both met as students at the Ladoke Akintola University of Technology, Ogbomoso, Oyo State, and got married in 2014. Things had been going pretty well for the couple.

However, in the past three weeks, Olaoye told PUNCH in a chat that his wife had been “stylishly” avoiding to have sex with him, a situation that had got him thinking whether she was having an extramarital affair.

“I’m just insinuating because her behaviour these days is strange to me. Though I trust her, I don’t want to rule it out that she’s not been seeing someone else,”

“Does she want me to beg her for sex? I just don’t understand what’s happening to her these days. If not that I love her, I would have started having an extramarital affair”

Olaoye’s lamentation is not unusual, according to an American sexologist and author of ‘Getting the Sex You Want,’ Dr Tammy Nelson.

“When you suspect that your partner is avoiding sex, it can leave you feeling rejected and confused,”

In a study with her colleagues published in Psychology Today, she stated some possible reasons why your partner might be avoiding having sex with you.

Arguments, fights, disagreements and hurt feelings all interfere with intimacy in any relationship, Nelson noted. Also, your spouse could be harbouring resentment towards you, and in order to find out what the problem is, it’s inevitable that you’ll have to open up better communication channels.

According to Nelson, couples must work to resolve these issues before expecting their sex life to return to normal.

“This may require the assistance of couples’ counselling, so be willing to take that step if it’s necessary. However, there may be relationship issues you’re not even aware of,”

Life can be stressful. This is true throughout college, early adulthood, parenthood and hectic mid-life careers, Nelson noted, adding, “Stress will make your spouse uninterested in sex.”

“It’s important to relieve stress in a healthy, sustainable way in order to keep your hormones and your sex drive where you want them to be. Examples of great ways to reduce stress include exercise, massage, taking a luxurious bath, outdoor leisure, and yes, even sex.”

A Lagos-based sex therapist, Dr Chinwe Adeniyi, said your spouse might be avoiding sex with you because of a bad attitude that you have developed. She said,

“For example, suddenly becoming hot-tempered or snappy could affect your spouse’s attraction to you. Whatever the problem is – if your spouse decides to tell you, be willing to keep an open mind. Although it may hurt your ego, don’t get defensive and consider that reversing negative changes may turn your sex life around.”

When last did you passionately and intentionally touch your spouse? According to Nelson, sex is a process and it’s about the slow build-up — the kiss you exchange at the beginning of the day and before going to bed, the holding of hands at the supermarket, the touching of lips and cheeks and so on. She said,

“Focus on physical touch and affection every day and don’t jump into sex too fast. Sit next to him/her on the couch. Hold his/her hand. Rub his/her neck. Do all these even when you don’t plan to have sex. The touches make you feel emotionally connected to each other and foster intimacy. In addition, quiz each other about the three things you both enjoy about having sex.”

Over time, your sex life may have gone from hot to humdrum. If you or your spouse feels that sex has become too predictable — same time, same place, same positions — it may be time to mix things up, said a United States-based author and sexologist, Dr Dawn Michael. She said,

“Change the scene, make the bedroom sexy and romantic by adding candles and soft music — really set the stage for romance. Use your imagination to role play with each other.

“Most of all, have fun; it’s okay to giggle and tease each other. Allowing yourself to let go and enjoy the moment and the person you’re sharing it with can be intimate and sexy.”

When it comes to sex, there are a lot of expectations that can be involved. If you feel insecure or tend to be anxious, these expectations can produce performance anxiety.

According to Nelson’s colleague, who is a marriage counsellor and psychologist, Susan Whitbourne, when you are worried about whether you would be able to satisfy your spouse in bed, it could produce undue anxiety.

Sex researchers, William Masters and Virginia Johnson, suggested that all that is necessary to maintain a satisfying sex life and eliminate anxiety is to be “interested” in sex.

“Explore your personal interests and reconnect with the person you once were,” they said.

Performance anxiety is about you and it’s internal while low libido is about your spouse and it’s external. Nelson noted that the reason your spouse might have been avoiding sex could be due to your performance in bed, which could be caused by a wide variety of physical issues and ailments, including obesity, diabetes, thyroid issues, hormonal imbalances and chronic pain.

To solve the low libido problem, the sex expert recommended lots of sleep, plenty of exercises, a good diet, and scientifically proven dietary supplements such as ginseng and maca to boost sex performance.

“Avoiding sex with one’s spouse can ruin the marriage. It has happened and it’s happening. A non-understanding spouse could easily see it as an avenue to start cheating. Then, the marriage starts crumbling.

“I believe what’s most important is for couples to always talk about any problem they might be experiencing. It’s not good to keep quiet and think things would be alright. It’s when both of you talk that you can seek solutions.”

Meanwhile, experts said there were many ways to reignite one’s spouse’s sex drive.

According to a psychologist and marriage therapist at the Open University in the United Kingdom, Dr Jacqui Gabb, sex is vital to one’s marriage, and as the years pass by, how often one has it can ebb and flow.

But what happens if you’re not on the same page about that with your spouse?

Gabb said happy couples do recognise that their ebbs and flows in the sack aren’t a life sentence — they believe it could change. And instead of complaining about the sex drop, they usually find creative ways to deal with it.

Below are some of the successful strategies that emerged from the research Gabb conducted among 5,000 couples to spice up their sex drive. The tips were published in MensHealth magazine.

Businessman Shares Why A Lot Of People Don’t Marry For Love, Cites Examples Of Nigerian Celebrities To Buttress His Point

SEE ALSO: Romance: 15 Ways To Get Your Partner In The Mood | Bosun Ololade’s Story

If you’re looking at a dip in sex drive as an issue that will always remain, it raises the pressure to do something about it immediately, Gabb said.

However, happy couples find ways to ease the pressure off through laughter. She said:

“If you laugh about something together, there’s this sense of being in it together. Not only are you easing the tension on the issue at hand, but laughter boosts intimacy outside of the bedroom, too. In fact, some studies find people are more likely to open up when they’re laughing. For a man, making your wife laugh could turn her on and vice versa.”

Go on a date

Dating doesn’t have to stop after the wedding. It’s a continuous process. Even if your spouse doesn’t want to get busy under the sheets, it doesn’t mean they don’t want you close. Gabb said:

“So plan date nights, weekend trips or even an evening walk with your partner, and make cuddling and kissing a priority. Non-sexual closeness is important in relationships and can build other forms of intimacy.”

In the study Gabb conducted, children falling asleep in the bed or a partner snoring were listed as some of the common barriers to a bustling sex life. One way to fight back is to separate beds.

If you have a snoring partner, getting away from them can allow for a better night’s sleep, which might make the two of you more likely to be up for sex at other times. This can also make sex seem more like a date.

If your children sleep with you, choosing another bed in the house for sex can re-introduce intimacy, too, Gabb said.

Another tactic happy couples use: Not being at home together all day long. Gabb recommended that couples find something that could get them busy so they wouldn’t be together at home for too long.

Couples usually look forward to when they would have sex when they both have busy schedules.

For men, thoughtful gestures such as picking up their wives’ favourite chocolate or ice cream on the way home from work go a long way in igniting sex drive in their spouses. Of course, a woman could also return the gesture to her husband, Gabb said.

“Sexual relationships benefit when positive relationship behaviours are taking place because the relationship as a whole feels more nourished and appreciated. That can feed into greater sexual intimacy,”