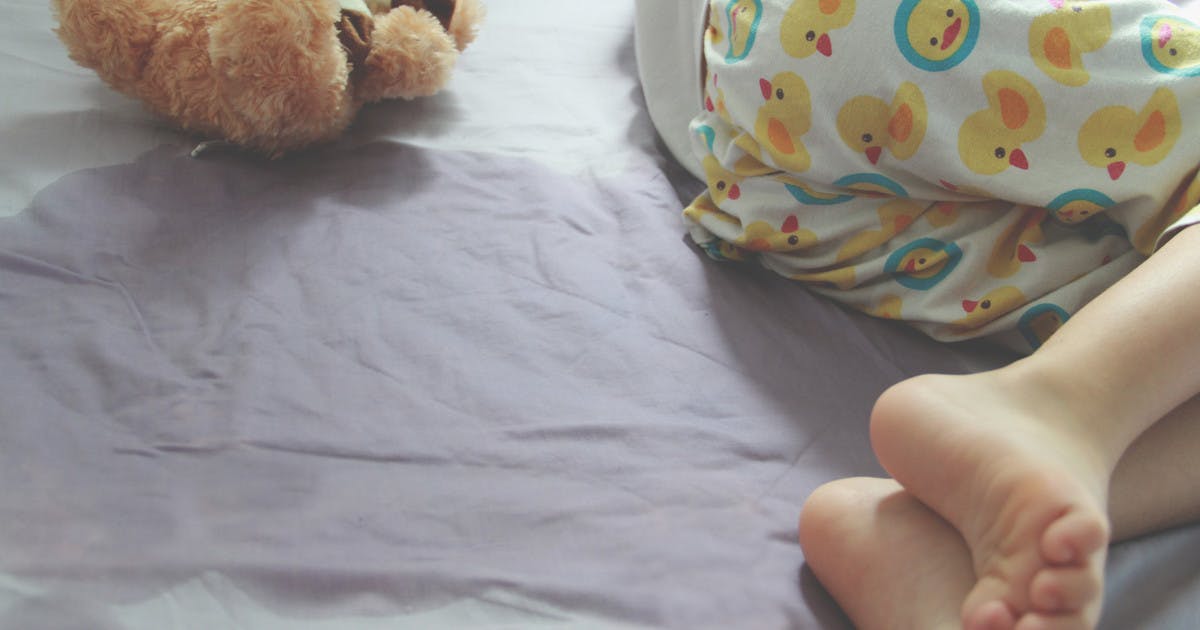 Bedwetting is an issue millions of families face every night. It is extremely common among young kids but can last into the teen years. Irrespective of the cause(s) is a nightmare that brings loads of trauma, misery, embarrassment, shame, and frustration to parents and the bed-wetting child.

However, medical experts have called on parents punishing or abusing their children who bedwet, saying they are rather worsening the problem and exposing them to more stress.

The experts, mainly paediatricians, say parents should rather be concerned if a child who has previously attained bladder control for more than six months suddenly starts bedwetting without any obvious sickness.

According to the experts, although the age of achieving bladder control varies among children, bedwetting beyond age five or seven is a problem that requires immediate attention.

Speaking in an interview with PUNCH, a Consultant Paediatrician, Nephrology Division at the Federal Medical Centre, Katsina, Dr. Abdurrazzaq Alege, states that bedwetting is not a disease on its own, though it might be “a window to an underlying disease.”

Alege identifies stress as a common cause of bedwetting in children, adding that it majorly has to do with emotional imbalance. The expert says:

“This could follow a traumatic experience as seen in Post-Traumatic Stress Disorder such as sudden deprivation of loved ones; or witnessing a devastating event, for example, fire or road traffic accident.

“Others could be in form of abuse, which could be physical, emotional, sexual or even neglect. This is more common in children with secondary forms of bedwetting.

“Moreover, it is associated with many complications, most especially psychosocial problems. Many factors are responsible for bedwetting in children and even among adolescents.”

READ ALSO: Asiri Comedy Shares His Bedwetting Story To Warn Parents Not to Stigmatize Their Kids

“A parent should worry when a child who has previously attained bladder control for more than half a year suddenly starts bedwetting without any obvious sickness. One should look around the home environment, playgroup, as well as the school.

“Tell-tale signs could include withdrawal from activities, moody appearance, loss of appetite or poor school performance. Where the abuse is perpetrated by the parents, it may be difficult to make diagnosis on time. Therefore, the teacher also has a big role to play to unravel the problems.”

The Paediatrician said for unknown reasons, bedwetting is hereditary, stating,

“A study showed that in families where both parents bedwet in childhood, seven out of 10 children will develop the same problem.

“A history of bedwetting in the family, low socioeconomic level or being the first child in a family has been identified as risk factors, too,”

Commenting on treatment options, Alege said bedwetting is curable, affirming that most cases of bedwetting resolve spontaneously without any intervention. He, however, added,

“Some affected children may have developed psychological complications during the period of bedwetting. All these have to be addressed.

“As a rule, active treatment is not advised until the child is above six years of age. The treatment options available vary from lifestyle modification, to psychotherapy, alarm treatment and drug therapy.”

SEE ALSO: How to Help Your Child Stop Wetting the Bed

The paediatrician said it is important for parents to know that bedwetting is neither the fault of the child nor theirs, counselling, “Therefore, the parents, especially, need to support the child by all means.

“Beating or abusing the child will only worsen the problem. The aftermath of the abuse may persist, even after the bedwetting might have resolved.

“Parents are strongly advised to desist from punishing or abusing children who bedwet, but rather, they should provide all the necessary support to help them to overcome the problem.”

In a 2017 study published in ScienceDaily, Penn State University researchers found that physical abuse was associated with decreases in children’s cognitive performance, while non-abusive forms of physical punishment were independently associated with reduced school engagement and increased peer isolation.