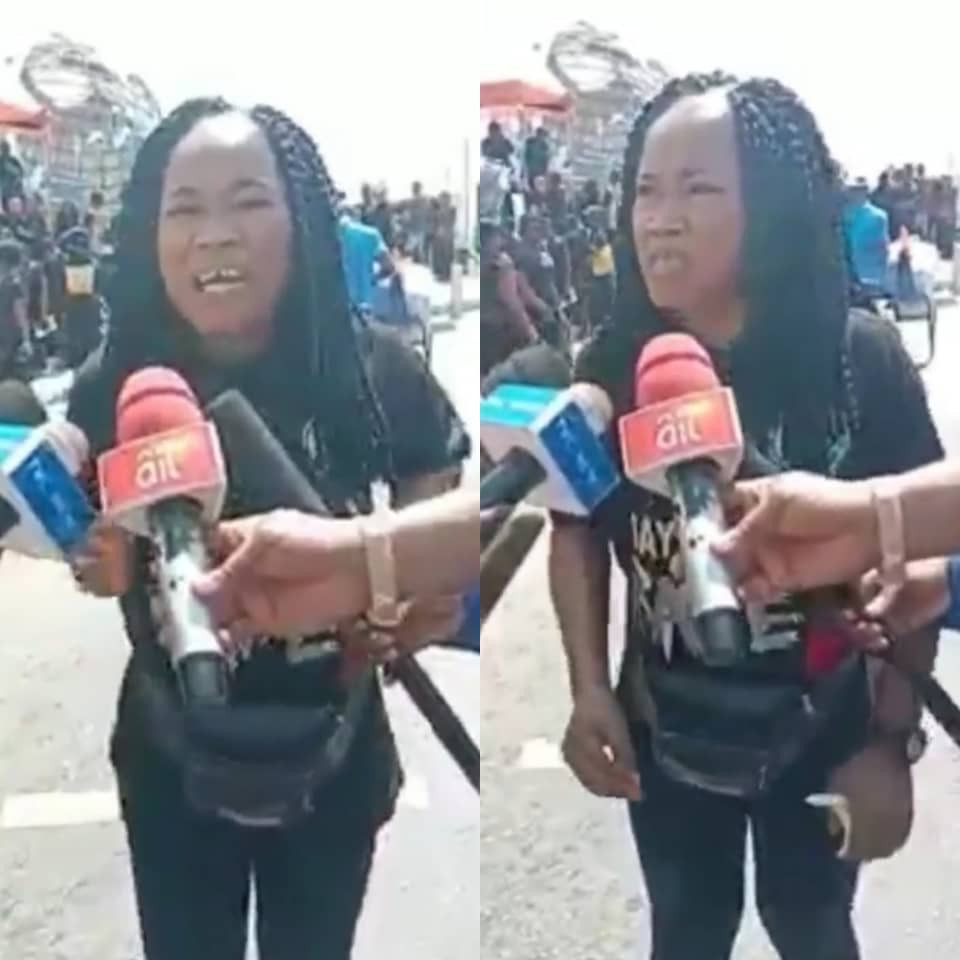 Dorothy Edet, a Nigerian woman has come out to share her heartbreaking story of surviving rape several times which she said started from her childhood.

While speaking with newsmen during the funeral of Iniobong Umoren, the jobseeker who was raped in Akwa Ibom, Dorothy recounted how she has been raped by her pastor when she went for deliverance, close relatives, strangers as well as people she went to sell her wares to when she was a child. She narrates:

”My name is Dorothy Edet. I am actually a survivor of rape. I understand what it means. When people talk about rape, I also want to air out my voice.

At the age of seven, I was gang raped. Dressing has nothing to do with rape. What a woman wears cannot even push somebody to rape a woman. At the age of 10, I remember my Uncle telling my mum he is going to send me to school and that was how they came, took me home and they sexually abused me from 10 to 12 years old.

At the age of 24, I was raped by my pastor who said he wanted to do deliverance for me and he did not do the deliverance. He raped me. Within five days, I was gang raped by a group of thieves who nearly destroyed my body. What did people say, don’t say anything.

They keep telling victims not to say anything. Do you know the psychological trauma that they pass through. This thing is painful. You don’t know what we face.”

SEE ALSO: Young School Girls’ Account Of How They Were Sexually Abused & Raped Is Instructional For Parents | MUST READ

Dorothy said she would have been a victim of the guy who raped and killed Iniobong as she got same message but didn’t have money for transportation to attend the fake interview. She shared further:

”I could have been a victim of this killing because this same guy also asked me to come for an interview. I have been searching for a job to survive because what I am having cannot take care of me and my family.

I needed something better but I thank God I couldn’t attend the interview because I didn’t have transportation. That means this guy could have also killed me. No one knows what is going on.

They don’t have mercy for anybody. This people should not be spared. If it is possible, they should be eliminated. Just kill them by hanging. Giving them life imprisonment, they can be removed from the prison and they would come back to the world to cause more pain and harm to the young people. They need to be destroyed.”

ALSO SEE: Raped At Age 11 & Shunned By Her Parents Who Didn’t Listen To Her Pain – Bella Karmella Inspires With Her Journey To Healing

Speaking further, Dorothy says she now has friends who are now lesbians and homosexuals because they were sexually assaulted.