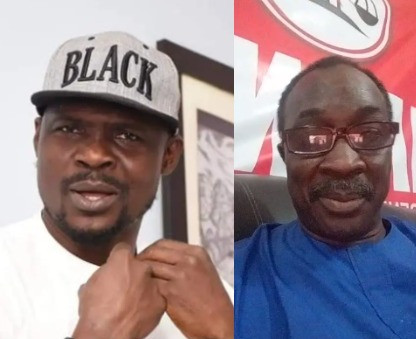 “There Is A Man For Every Woman, Don’t Give Up” – Actress And Mom, Nkechi Blessing Encourages Singles In Beautiful Instagram Post

, counsel to embattled actor, Olanrewaju James, popularly known as Baba Ijesha, has thrown more light into how the actor accused of defiling the 14-year-old foster daughter of comedienne, Princess, was granted bail by a Lagos Magistrate.

News went viral yesterday, 17th of May that the Yoruba comic actor who has been in police custody since April, has been granted bail, on health grounds by a magistrate who was at the State Criminal Investigation Department SCID Panti.

Following his release, lawyer Ogunlana took to his Facebook page to lambast the Lagos police command, the Attorney-General and the Commissioner for Justice in Lagos, and others who stood against the release of his client in a Facebook Live session. According to him, Baba Ijesha’s fundamental human rights were trampled on.

”Our client that has been in detention for more than 30 days has been granted bail at the facility of his detention. The magistrate that granted him bail is Chief Magistrate Toyin of the Lagos state Judiciary.

Something was curious there. His name was not even entered as very much reliably leant. The Chief Magistrate being bold and experienced, demanded to see him and he was brought to see the team. He came towards them limping and as we have described before, he was emaciated and bail was granted to him summarily by the Chief Magistrate and this is very very commendable.”

Ogunlana said the bail was granted ”essentially on health grounds” and that the Magistrate said the offense is bailable. He said:

”The conditions of bail are that Baba Ijesha must have two sureties. One of the sureties must be a level 10 officer, a civil servant. The other one should be a blood relation of the thespian.

The bail is put as N500, 000 in large sum. It’s not security. It is just a bond that if he should run away, the sureties will pay that. We are very sure he will not run away. The verification is to be done by the OC Legal of the SCID Panti.”

Speaking further, Ogunlana said this is very good news as it is a victory for everyone.

Rihanna Opens Up On Her Pregnancy, Why She’s Not Hiding Her Bump And Redefining Maternity Fashion

I want to appreciate Chief Magistrate Toyin for the courage, for doing the right thing. For stepping into this matter.

You remember the police had pandered to public opinion of some activist who were saying he should never be released and hung it on the neck of JUSUN strike that they would have charged the man to court and were even talking about the Attorney General of Lagos state which with due respect to him, I wonder in the history of defilement, how can somebody who is not biased, who is not malicious say a prima facie case of defilement has been disclosed upon the facts of this case? We will look into that and take that up. Baba Ijesha’s rights has been brazenly brutalised.”

SEE ALSO: Watch As Actor, Baba Ijesha Confesses And Begs For Forgiveness After Being Caught While Allegedly Attempting To Molest The 14-Year-Old Minor

”As far as we are concerned, both the police and the Ministry of Justice are to be indicted for the unnecessary brutalization of Baba Ijesha’s rights. If a person is entitled, you give him his entitlement.”