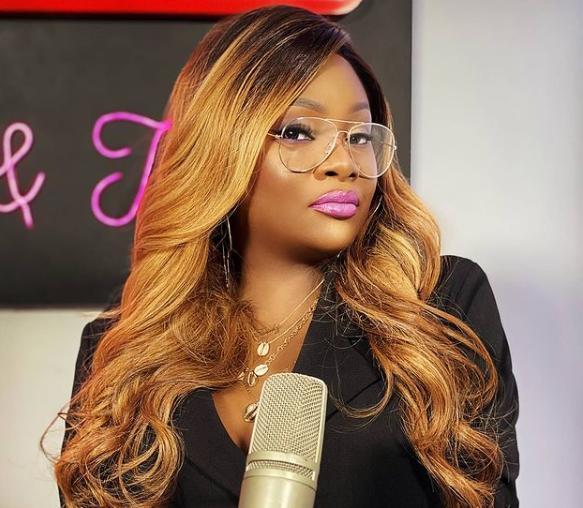 Nigerian On-air personality and mum-of-two, Tolu Oniru, better known as Toolz, has opened up on her most traumatic experiences -having a miscarriage and losing her father.

Toolz once disclosed in an interview with Betty Irabor that she got pregnant a few months after her wedding and she began looking forward to having a baby. However, as the pregnancy approached 6 months, she noticed she had never felt any movement. She said:

“The doctors kept conducting more scans and tried what they could but a final scan showed the baby was no longer moving.”

The presenter who is popular for hosting The Midday Show on The Beat 99.9 FM. recently appeared on the latest episode of #WithChude, a series by Chude Jideonwo, where she recalled feeling lost at the time, noting that it was her spirituality that enabled her to deal with the situation. She said:

SEE ALSO: OAP Toolz Recounts Harrowing Ordeal of Losing Her Baby: “Had to get a death certificate so we could have a burial.”

“You know after losing my first pregnancy, not long after that I lost my dad, it was and perhaps is still the most traumatic thing that has ever happened, and I remember I had like one or two out of body experiences because I could not believe I was going through this, I literally could not believe this was happening to me.

I still think back and I don’t even know how I got through it, my spirituality was extremely important during that period.

I don’t always like talking about it… I just remember going through it and feeling lost, so so incredibly lost and I used to be online all the time looking for women that had similar experiences.”

She added that her experience during the period showed many Nigerian women battling the same thing hardly open up on their struggles.

The OAP said her resolve to share her story was to encourage those going through similar experiences as many often resort to blaming themselves.

“I just remembered going online, looking for information, trying to find somebody that had gone through the exact same thing; What happened? How did they continue? How did they get back to normal? And I didn’t find a lot.

ALSO SEE: OAP Toolz Writes About Her Fears Of Being Pregnant With Baby No.2 During A Pandemic

“I found a few but I didn’t find a lot of Nigerian women that talked about it. So when I think about that I know that somebody is gonna be watching that is going through something like that, I think it’s so important for me to just say ‘look, it’s not your fault it’s not always in our control but you get through it’. I mean look at me, I got two boys now.”