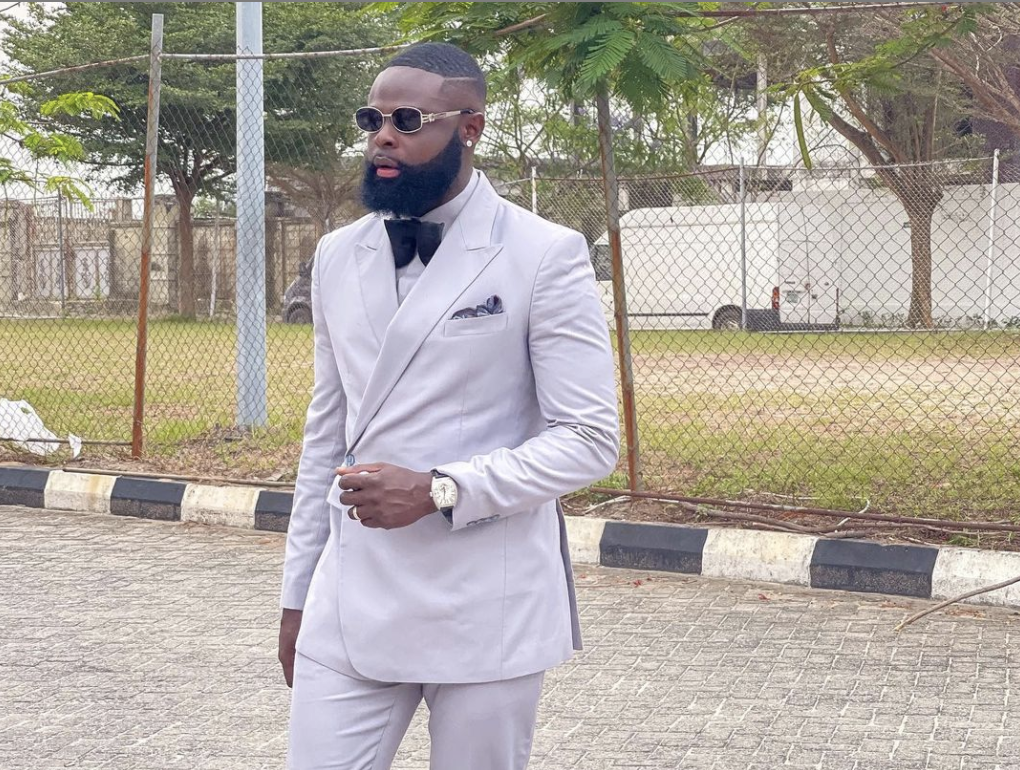 In a lengthy write-up on his Instagram page, the dad-of-two advised them not to spend all their money trying to look important or try to keep up an image.

Yomi went further to urge all to invest in themselves instead of things so they can set themselves up for a better future.

He noted that building wealth takes time and one must be discipline, be consistent and be brave enough to change your spending habits and also to strive to have a healthy relationship with money.

READ ALSO: Getting It Real: AY’s Brother, Yomi Casual Reveals The One Thing That Caught His Attention The First Day He Saw His Wife, Grace Onuoha

“Many people lack discipline when it comes to saving money. What good is having a bunch of stuff if you’re struggling in debt, or broke most of the time? So many people put up a front like they’ve got it going on, but they know the truth.

They spend all of their money trying to look important, and/or keep up an image. Knowledge is everything! Educate yourself about money, investing, and saving.

I encourage you to start investing in yourself instead of things! Set yourself up for a better future and start making better choices. Building wealth takes time! Have discipline. Save.

Stay consistent. Be brave enough to change your spending habits. Be wise! Don’t allow money to control you. Strive to have a healthy relationship with money!#ifyoucantsavelearnhowto#ialwayshaveaplanb#cultivatethehabitofsaving #TAILOR.”

READ ALSO: ‘You Can Be Your Own Sugar Daddy’ -Tonto Dikeh’s Motivational Piece To Young Women Is A Must Read! 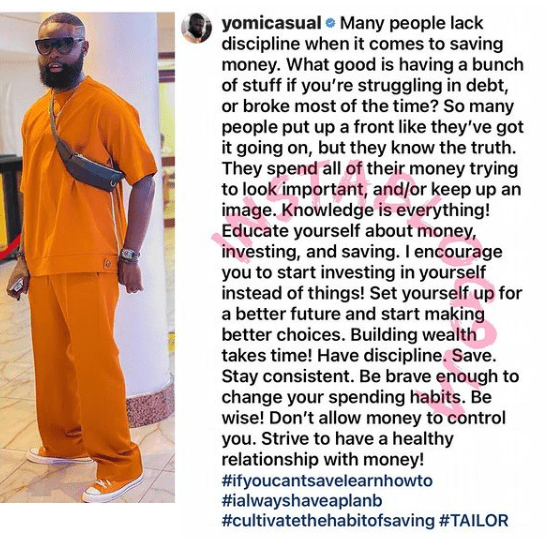