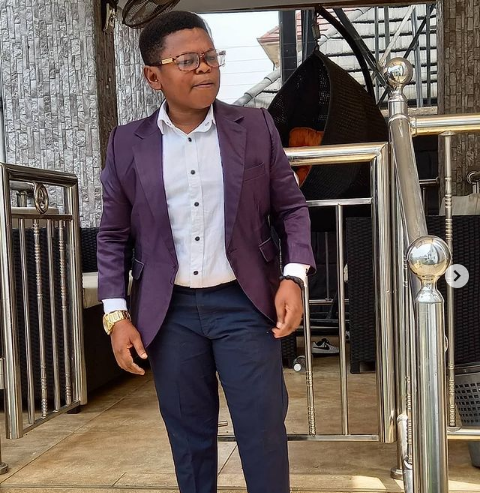 Nollywood actor, Osita Iheme aka ‘Pawpaw’ has narrated his life story about growing up without a father figure.

In a post he shared on his social media page, Pawpaw disclosed that there was no father-figure except his mother who played different roles in his life and that of his 4 siblings at the same time; providing their daily bread and all.

According to him, everything that shaped his personality today, he got from his mother.

The comic actor, further disclosed that although he was very young at that time his father died and can’t say much about his death, he knows his father was a trader who was into merchandise until he dead under a mysterious circumstance.

He stated his father was a chief in his community and he knows perfectly well that he took his confidence and composure after him. Everything that shaped my personality, I got from my mother.

“My father was killed mysteriously. I lost my father in 1990 under a mysterious circumstance. I was very young then. I can’t really say much about him because I was still a baby when he passed on. From what I learnt, he was a trader who travels a lot and was into merchandising.

He made sure that his children were well brought up. He raised us with a good moral upbringing and the fear of God. He was that kind of father. He was a tall man. I can’t say this was what killed him. He just went home and we were told that he was dead.

Let me add that he was a chief in his community. I took after him his composure and confidence. He has a mind of his own and he would tell anyone what is wrong to their face. I also took the ability to be independent and fend for myself from him.

There was no father-figure except my mother. Everything that shaped my personality, I got from my mother. She was also busy playing different roles in our lives at the same time; providing our daily bread and all that. I miss the man because I remember stories my elder ones told me about how he would discipline them.

Nigerian Singer, Lilian Okays Recounts The Ultimate Betrayal She Suffered In The Hands Of Her Darling Husband And Her Two Married Friends

On her part, my mother was not an iron lady. I can’t recall much on how he died, but I asked them what was wrong. I just remember my mother wailing on that particular morning calling my father, Lawyer Ndigbo, a name my late father earned for being a mediator in the community.

SEE ALSO: ‘How Growing Up Without A Father Shaped My Life’ –Hip Hop Icon, Eedris Abdulkareem

Interestingly, I had a foreboding of my father’s death in a dream. In my dream, I saw that I lost my dad. When I woke up I shared my dream with them not knowing that it had already happened the previous night.” 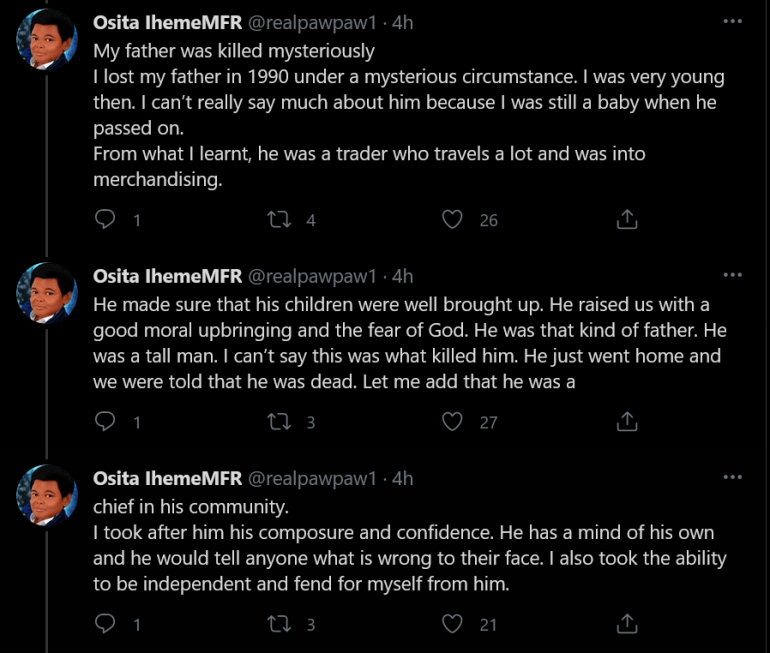