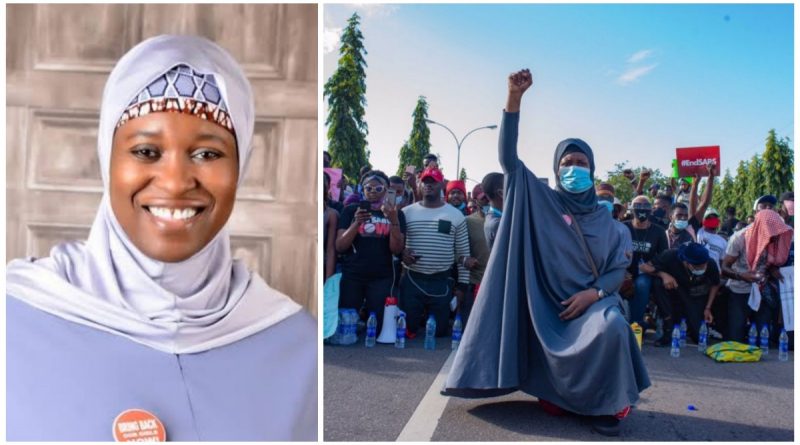 The latter was the case of popular human rights activist, Aisha Yesufu, who took to social media to narrate the ordeal she faced as a child because her parents were poor. She was living with the uncle as at the time.

According to the mother of two, her nasty uncle, whom her mom practically raised, told her that she’ll die poor and upon hearing this statement, she said her mom cried bitterly. She added that she was mistreated by the uncle and his wife and was called a witch.

In a long Twitter thread, the businesswoman recounted the bitter experiences from the uncle who, ironically, is now a pastor. She wrote,

“My mother’s immediate junior brother told my mother and myself in the presence of my grandmother, his mum, that we will die in poverty and wretched. He said a lot of nasty things to my mum that he had been saying to me that I never told my mum. I was living with him then and in JS3.

“I will never forget how my mum wept bitterly. This was a man my mum practically raised. When he got married, he couldn’t afford rent and lived with us. When he started a daycare centre and school my parents invested in for him.

“When poverty struck us he became nasty! Poverty is a canceller! I lived with this uncle for a year because his house was close to my secondary school and will relieve my parents of the burden to pay transport fare. My father reluctantly allowed me to live with him after much pressure from my grandmother, his mother-in-law.

“After the dressing down my uncle gave to my mother and I, my grandmother told me to go back to my home, that God that provided a way for my parents to pay school fees will provide a way for the transport fare. That was how I went back ooh.

“I saw hell in my Uncle’s house and I never said a word to my parent. It was years later I told my parents some of the things I went through.

“There was a day I cried and cried and begged my mum that I was not going back to my uncle. She cried with me and still sent me there.

“When years later, my father heard the story he was angry and he said he would never have allowed me go back to my uncle if he was at home that day. He never wanted me to live with my uncle. He only agreed when his mother-in-law accused him of not allowing us to be close with them.

“The one that gives me the chills today is how he and his wife used to lock me out and I was forced to sleep at the main entrance into the house and this house had two men who were students at BUK (Bayero University Kano) and also his wife’s brother who was serving. What if?!

“I used to be the one to sleep last and I will wake up very early. I didn’t want anyone to know I was sleeping at door leading to the house. For me, it was the shame of anyone finding out. I never thought of rape. Today I wonder what if?

“I started my menstrual period in my Uncle’s house. I told his wife. My uncle turned my menstruation to a crime against humanity. I see oba for that house ooooh! I thank God for the child I was. I was a child who never sought validation and didn’t care what adults thought of me!

“As a teenager, I used to shuffle when I walk. My uncle and his wife said that I was using my feet to sweep their wealth away. They accused me of witchcraft. Even the way I swept was interpreted as me sweeping their wealth away.

“I was the one that did all the house work and cooking. When my grandmother came to stay with my Uncle, his wife that never did anything started waking up before me to do the housework. I jejely allowed her.

ALSO SEE: Activist, Aisha Yesufu Talks About How Her Husband’s Support Helped Their Marriage Thrive Despite Her Dislike For Chores

“My grandmother started quarrelling with me on why I was allowing my Aunty do the housework alone. I told my grandmother that I was the one doing all the work and she only started because she is around and since she wanted to do it, she can do it without interference from me.

“Those people showed my grandmother pepper. She was sick. They will be blasting music and when she will beg them to reduce the volume, they will increase it. My uncle neglected his mother – a woman that gave her all to her children.

“My grandmother vowed never to return to Kano. Indeed, she never did. She died not long after. She collapsed in the toilet and became paralysed. My mum had to go take care of her. This uncle, even when he finally did go home to visit his mum, it was to berate her and my mother

“That my Uncle? He is a man of God today, preaching to people. God is merciful!”

Aisha Yesufu is a Nigerian social and political activist who came to prominence for her role in speaking up for the abducted Chibok schoolgirls in 2014.

Aisha was the co-convener of the Bring Back Our Girl (BBOG) campaign that tirelessly held protests demanding for the rescue of the 276 schoolgirls kidnapped by terrorists in Chibok.