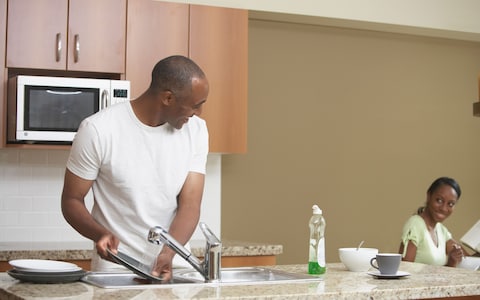 A Nigerian man has taken to social media to vent his spleen at married men who help their wives in the kitchen.

The man identified as Gentle Smile expressed anger over how some married men join their wives in the kitchen to cut vegetables and help them in cooking food after using their hard earned money to marry them.

“Some married men are terrible, how can you be cutting vegetables for a woman you married with your own money, please it is irritating.” 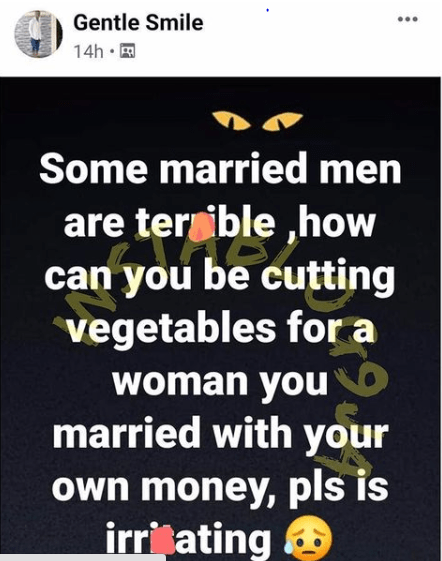 Social media uses slammed him as most alluded and insisted on helping their wives to cook, pointing to the fact that couples are supposed to support and help each other.

ALSO SEE: Expert: Why We Should Encourage Our Men To Help With Household Chores

I cook for my wife, wash, go to market, pay the bills. It is my marriage, my home. People should learn to treat their home special.

Ahhhhh sorry Oga no vex. Next time they’ll put the vegetables like that inside the soup without cutting. Sorry sir

I’m learning how to cook now, its for my future wife and kids with the money… They deserve everything

READ ALSO: Want To Get Your Spouse To Do Household Chores? Avoid These Two Words According To A Family Therapist

Lmao. But a man is a god, why should he bring himself that low? He shouldn’t also eat, gods don’t eat. Werey.