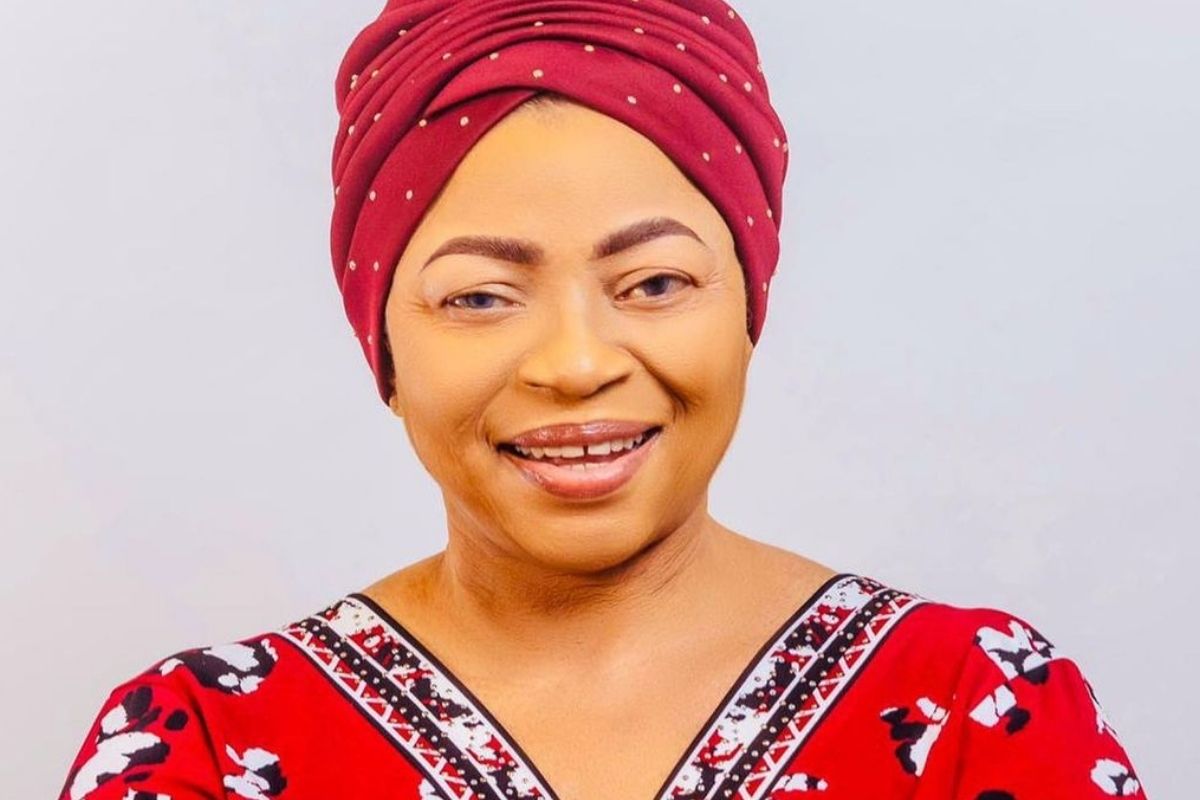 Famous Nigerian billionaire businesswoman and philanthropist, Folorunsho Alakija, recently celebrated her 70th birth anniversary and she is beyond grateful to God.

In a recent chat with PUNCH, the billionaire and grandma talked about life in general and the profound lessons learnt so far.

“About business, I have learnt that it is not every business one ventures into that one would succeed at. One would win some and lose some. But, when one loses, one should not give up or run away.

One just has to keep trying. It is the mistakes that one made that would teach one lessons that one could apply to improve on subsequent attempts. I have learnt that one can turn one’s challenges into bigger and better opportunities.

As an employer in Nigeria, I have learnt that when one hires a staff, no matter what they tell one during an interview, one is going to find out that one would have to teach them a lot of things they said they could do.

But, one must not throw the baby away with the bathwater. One should give them an opportunity to learn something new. Also, one must follow up with staff when one issues instructions.

Set reminders and targets. At home, one would find out that children, no matter how young, are extremely intelligent.

Children will test one’s patience and mood. Also, one should not be far away from one’s children. One should always be in constant contact with them. Children need to be guided and if parents don’t teach them, outsiders would teach them the hard way.

Every child deserves the attention of their parents. When one is too busy with work or business, something could happen in their lives that could lead to regret.

The COVID-19 pandemic was a major scare in many countries, especially for elderly citizens. Did you at any point fear contracting it?

When the index case was reported in Nigeria in March 2020, God specifically told me, “Fear not my daughter. I have anointed the doorposts of my children’. So, I was going about my duties without any fear.

As soon as the airports were opened, I travelled to countries I needed to go to, and I’m still flying. I initially said I would not take the vaccine because after all, God had spoken to me. However, my son convinced me to take it. He told me it was a precaution, so I just took the vaccine last month.

Do you have spiritual fathers that mentor you?

Of course, I do. One needs to. When one is confused about certain things, one needs a fatherly guide. One needs clarity and advice from them. They play the same role a biological father or mother would.

SEE ALSO: How I Achieved My Dreams Without A University Degree – Billionaire Businesswoman, Folorunsho Alakija Reveals

A lot of people say it is often hard for accomplished women to submit to their husbands. What’s your reaction to that?

That is a wrong notion. I have always submitted to my husband. The Bible says we should submit to our husbands and no one can rewrite the Bible. Also, one should not do things in ‘one’s way.’ Rather, one should do things in ‘God’s way.’

Husbands also have to love their wives. There is more demand on the woman to submit. They have to show one another respect. And, it’s not just about the money. One is also supposed to submit one’s money.

In fact, one is supposed to submit everything that belongs to one. God no longer sees two people when one gets married; He sees one. Nobody owns anything more than the other (in a marriage).

Do you have any plans for retirement?

I am still feeling strong and fine. I still climb the staircase when I need to. And, it shall continue like that by God’s grace.

I grew up in a polygamous home. My dad had eight wives and 52 children. My mum was his first wife and they both died about 12 years ago, one month after each other. They lived till 92 and 95 years old respectively.

I thank God that we have longevity in our family. I went to England at the age of seven with one of my siblings who was six years old. I was there for four years without any visit to Nigeria. Those four years actually shaped a big chunk of my life later on.

How did your journey in Christian ministry begin?

I knew the Lord (became born again) at the age of 40 when I was looking for an oil exploration licence. I had been struggling with that for five years before it came through. It was during that period I sought the face of the Lord and said, “Listen, this isn’t working. I know there is a God and I can find Him.”

That was when I made a covenant with God and said, “God, if you would bless me. I would work for you all the days of my life.” From then forward, I saw a difference. He honoured his part and I am honouring Him.

At 70, what can you say has helped you sustain your marriage?

The native intelligence is communication, sitting down to talk about one’s issues and not lumping them up until one becomes bitter. Even the Bible tells us that one must not go to bed without settling issues one may have. Ideally, young couples should sit down and discuss what they want for their families.

As for us, we decided that we were going to treat all our children equally and that is what we did. One of the rules we put in place was that we didn’t want to have any child that would come home with funny hairstyles.

It is expected that the husband would be the provider of the home and the woman would be his helper. However, times are changing, so there is nothing wrong if the wife also works, rather than stay at home. But, she should never abuse him because he doesn’t have a job.

And for the men, don’t take out your aggression on your wives and don’t beat them. Support one another and have common goals for peace to reign.

What is your advice to young ladies on how to handle their men?

My advice is for them to respect their men; that is what the Bible says. They have to submit to their men. God will not support any woman who does not submit to her husband.

Even if what the man is doing is wrong, God still expects the woman to submit to him. You cannot say you are submitting to God if you are not submitting to your husband. God won’t accept that. Do the right thing, respect your husband and for the men, love your wives.

What was your happiest day?

My happiest day was the day I gave my life to Christ.

How do you stay healthy, what keeps you going?

I eat practically everything— fried plantain (dodo), amala, vegetable, okra, ogbono soup. However, I have been making conscious effort in the last six weeks because I noticed that I had added weight. The COVID-19 pandemic has not helped because we all haven’t been as active as we used to be.