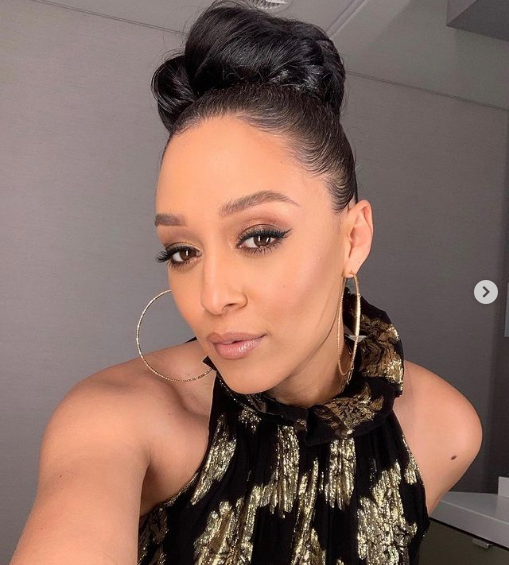 American TV star and mum, Tia Mowry-Hardrict welcomed her second child, Cairo in May 2018, and has completely owned her journey to heal and recover.

The actress who has always been opened about postpartum experience once shared how the snapback culture, which pressures new mums to shed their post-baby weight as fast as possible, has negatively affected her.

As a mom, Mowry — currently starring in the Netflix series Family Reunion — has been candid about the challenges of parenting, from breastfeeding to the pressure to bounce back after giving birth.

In a recent chat with Yahoo Life’s parenting series, Tia speaks on the joys and challenges of child-rearing. The star also shares her tricks for feeding her own family, why she’s been outspoken about the postpartum experience and how her son is following in his parents’ acting footsteps.

“I think all kids are picky eaters, and actually my pediatrician told me that there was a reason for this during the survival stages when we were humans on this earth a long time ago, so it’s not not normal to be picky. But I do have picky eaters at the house. I’m a mom of two, so I’ve learned how to navigate through that.

Number one, the easiest thing is hide [laughs]. Of course we want our kids to have vegetables and all of the healthier choices that are out there, and I usually do that with smoothies. The kids will start their morning with a smoothie.

I’ll throw some fruit in there with some veggies and, of course, Lactaid milk, because like I said, we have a sensitivity to lactose in the family and Lactaid has definitely helped us with that.

[Another piece of advice is to ] never give up. I’m that type of person where I just don’t give up even, with parenting. If one day you put carrots in front of your child, and she doesn’t want to try it, try it five days later or try it two weeks later or try a month later.

Eventually they’re going to get curious and they’re going to try it. I can tell you today, Cairo is now eating carrot. She was not at the beginning, but it’s been a big win for us. So I would say never give up.

SEE ALSO: Tia Mowry Talks About Breastfeeding Challenges That Awaits New Moms And It Is Eye-Opening