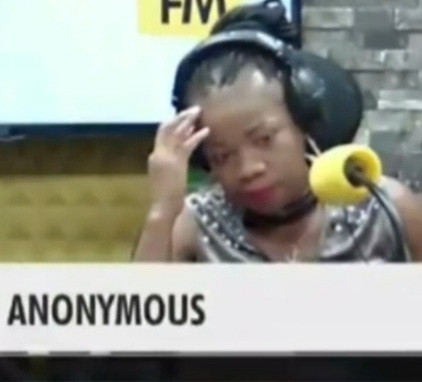 Tiger Woods Opens Up About Life, Parenting And Why He Doesn’t Coach His Son In G

A Nigerian mother has earned the admiration of many after she took to a radio station to make a startling revelation about how she effectively handled her husband and his four lovers after he got down with an illness.

According to the woman, she got married when she was really young to a Yoruba man and their union is now blessed with two sons who are in a university in Canada.

She further explained that she had warned him about it multiple times, yet, he won’t listen. Instead, he became more careful and started communicating with his mistresses via email since it’ll be harder for his wife to check his mails.

The woman, who is in her 30s, said her husband, in his 40s, has been living with high blood pressure and later came down with a stroke.

While he was in the hospital, she had access to his phone and saw all his emails to the four lovers he was keeping. She said that her husband was also really generous to the women and she found receipts showing all he had given them.

The unnamed woman said some of the women had sent him messages, asking why they haven’t heard from him.

The woman said she responded as her husband, telling the women that he’s out of the country, and the women sent him things they wanted him to buy for them.

When the man recovered enough to go home, the woman said she waited for a month to pass while her husband settled back into their home.

Then, a month later, she said she brought out all the evidence she had gathered, and her husband, who was confined to a wheelchair and wearing adult diapers, broke down in tears.

However, she told him it wasn’t the time for tears. She said she then sent all their domestic staff on a break for a while then sent a message to one of her husband’s side chic, telling her that he’s back to the country.

SEE ALSO: Woman Who Served 5 Years In Prison For Assaulting Her Husband’s Side Chic, Wants Other Women To Take A Cue From Her And Do This…

Pretending to be her husband, she told the side chic to come visiting that the wife had gone to Canada to visit their children in school. As expected, the side chic arrived, carrying a bag she packed for the whole week.

The woman said that once the side chic entered their home, she used the central lock to secure the house and she had the remote so that the side chic couldn’t leave the house.

The wife said the side chic had no way out and then she made the woman cook and clean up after the man for the entire day.

She added that at some point, when the side chic was changing the husband’s soiled diapers, she was covering her nose because of the smell.

Nigerian Woman, Fatima Gets Real About How Her Sex Life Changed After Marriage And Having Kids

The wife said she finally let her out of the house after she had worked for the whole day. Over the next two weeks, she invited the other side chics, one after the other, and treated them the same way.

She said one of the women threatened to scream but she asked the woman what she will tell people what she came to do in the house when her scream attracts them.

She added that she told her husband’s lovers that since they enjoyed him with her when the going was good, they have to suffer with her now that the man needs all-round care.

She explained that after the two weeks, all the women blocked her husband by themselves.

She said she then played for her husband the CCTV footage of the women turning up their nose and showing disgust while cleaning him up.

She explained that her husband, who is now better and has regained the use of his hands and legs, has become a changed man since then.

Listen to her chilling story in the Video.