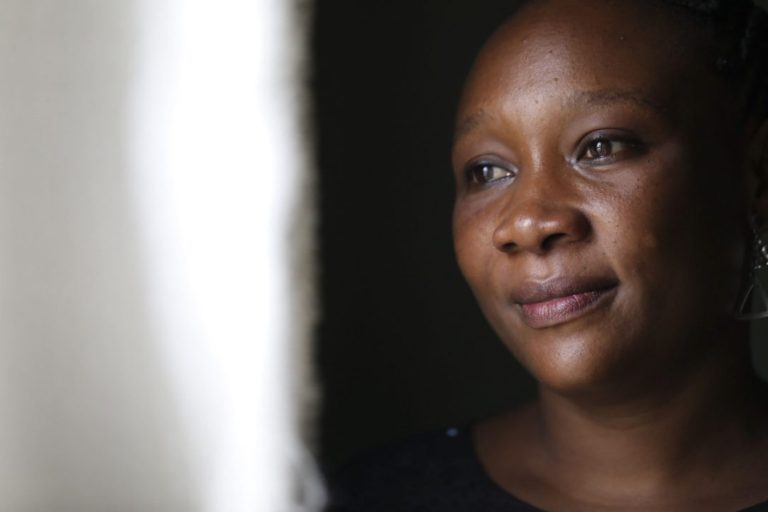 ‘I Was Expecting Twins But My Second Baby Vanished’ – Popular Kayamata Seller, Miwa Spills On Her Pregnancy Challenges

Nigerian woman, Florence Nneka Onwuasoanya had nine miscarriages before learning about Rh disease, a deadly condition caused by a blood incompatibility between a woman and her fetus.

Rh is the most important blood group next to the ABO types and nearly every human can be categorized as “Rh positive” or “Rh negative.”

When an Rh-negative woman marries an Rh-positive man, they have a baby who inherits the father’s Rh-positive blood, leaving the mother and child mismatched.

So when the fetus’s blood trickles into the mother’s circulation, which may occur during delivery, abortion, miscarriage or throughout pregnancy, the mother’s immune system perceives its red blood cells as invaders, releasing antibodies to destroy them. The problem here is that, these antibodies can cross the placenta and attack the fetus.

Every year, millions of women like Florence are spared what she endured — but they live in wealthy nations where Rh disease is considered a problem of the past. But Florence lives in Nigeria where Rh is less widely recognized and inoculation is out of reach for many.

Florence did not know about the Rh disease until her ninth miscarriage. It was so bad that she was being referred to as the “woman who loses all the babies.”

As a young woman, she got pregnant but aborted it as she wasn’t married. Surprisingly, the odd thing about Rh disease is that the first baby is usually fine, and delivered before the mother produces enough antibodies to cause harm.

This is because once a woman’s immune system has been “sensitized” to the Rh-negative blood cells; it will be ready to attack the next time.

So, when Florence’s second pregnancy came, she was ready for it because at that time, she was married, sadly, she lost it.

It became a regular occurrence that her husband no longer celebrated her pregnancies because he believed the babies were not going to stay. He asked to take a second wife, eventually fathering a child with another woman.

On one occasion, she carried the pregnancy to full term. Florence allowed herself the simple pleasure of going to the market to buy baby clothes. That day, her water broke and her daughter died shortly after being delivered by caesarean section.

SEE ALSO: RH Factor & Pregnancy: What Every Couple Should Know

She named her Chidera, or “what God has written.”

People began thinking she was cursed. Determined to show that she had no hand in her children’s death, she visited churches; swallowed herbal concoctions, including a mixture that has live maggots.

Florence even traveled to perform rituals at the Niger River, where she narrowly escaped a crocodile attack, when someone told her she had an ogbanje.

In 2009, she finally got an explanation to why she had been losing her children. Florence is now aware that she and her husband have a biological mismatch that can gravely endanger pregnancies.

She knows her story fits the profile of a disease that kills fetuses and newborns.

Thankfully, rhesus disease is preventable because of medical advancements. The anti-D injection called Rhogam, world’s first “anti-D immune globulin” can stop the disease but a woman who is rh-ve has to be given the injection during and after pregnancy.

Four decades after the cure was found, while Florence was mourning Chidera, a doctor in Toronto had a startling realization.

Dr. Alvin Zipursky is a former pediatric hematologist with the Hospital for Sick Children, an 87-year-old prone to friendly hugs and ending his anecdotes with “Isn’t that something?” Though technically retired for more than 20 years, he remains scientifically active and is still a fixture at his cramped office at Sick Kids.

Modupe Odumade, an English teacher with a stern manner and husky voice, breaks down when she recalls how her husband abandoned her more than 15 years ago after she lost several babies.

“He had to leave,” she recalls through tears, her mascara tracing a watery black line down her cheek. “There was no child to show for it.” 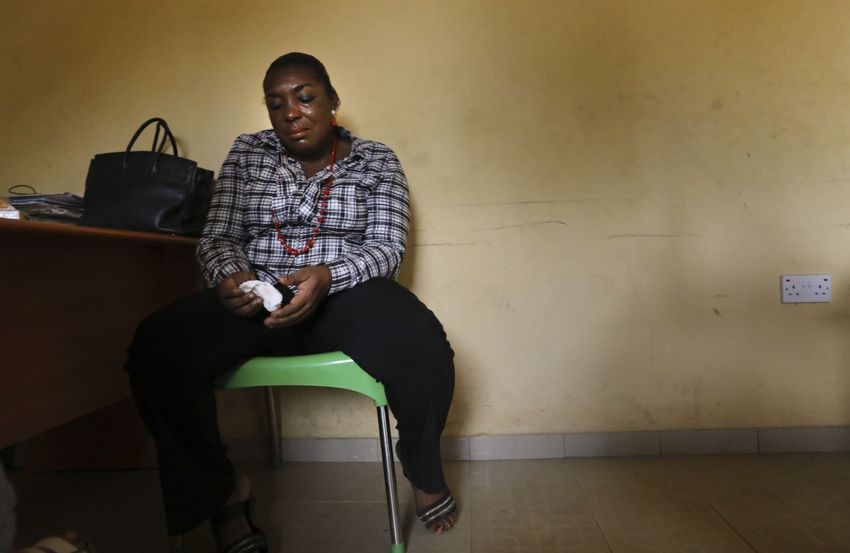 Her father, however, demonstrated the lengths some men will go once they learn about Rh disease. After seven years of going from doctor to doctor, she finally met one who explained the issue with her blood type. Her father wept at the revelation, demanding that her siblings get tested, too.

When Odumade remarried and became pregnant, her father was determined to see this baby survive. He procured blood, in case she needed a transfusion. He bought fuel for the hospital’s generators, in case the power went out.

After her jaundiced baby was born and sent for treatment in a neighbouring state, Odumade’s father made the six-hour round trip every day, delivering pumped breast milk from mother to child.

The baby survived, and Odumade named him Daniel. Her father called him “mercy boy.”

“He felt responsible,” she says. “He thought that as a father … he should have discovered my blood Rhesus factor.”

Like many women who learn about Rh disease, Odumade has become an ardent advocate, convincing her principal to hold educational sessions for their schoolkids. Banire believes awareness is key and devotes resources to organizing marches, hosting school assemblies and printing flyers with messages in English and Nigerian pidgin: “You sabi your Blood group? You wan be beta mama?”

Read more of the story on Toronto Star…