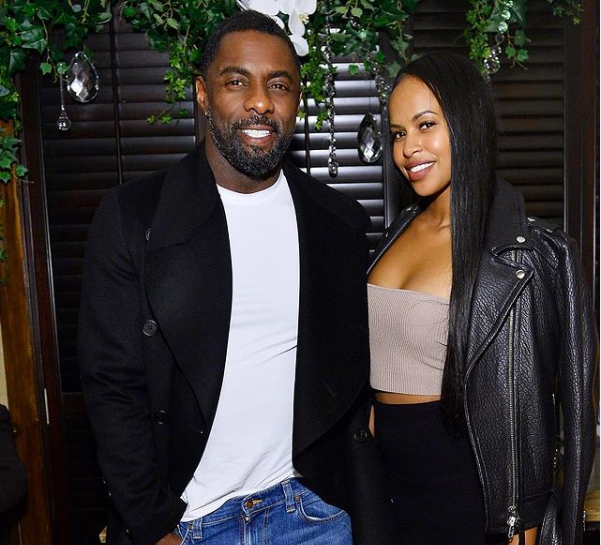 Model, Sabrina Elba has shared how she and her husband of more than two years, Idris Elba, successfully maintain a healthy marriage.

Speaking to the “Just the Sip!” Podcast, Sabrina offered relationship advice to listeners by looking back at her own love story.

The lovebirds met in 2017, with the former Miss Vancouver revealing that they met at “a jazz bar” when she was out celebrating a friend’s birthday. Sabrina revealed her friend clocked Idris first and wanted to chat him up, so Sabrina took on “wing-man” duties.

The British actor and dad thought Sabrina was hitting on him – not testing the waters for her friend -so he turned on the charm.

she said with a laugh, but admitted she was taken by her future husband’s advances.

“We had the best conversation. We talked all night, all the next day. We were inseparable after that.”

One year later, Idris proposed and they tied the knot in April 2019, after two divorces. She said:

READ ALSO: Idris Elba And Wife, Sabrina Reflect On Their Own Marriage As They Dig Into What Makes Relationship Thrive

While dishing about the secret of maintaining a strong relationship, Sabrina shared,

It also helps that her mother approves of her son-in-law.

“Actually, my mom and Idris really get along,” Sabrina said. “She loves him to bits.”

During the interview, the model also spilled about adding a new member to the family, hinting to the podcast, “Not yet, but I’m almost there.”

It would be their first child together. Idris has two children from two prior relationships; Isan, 19, and Winston, seven.