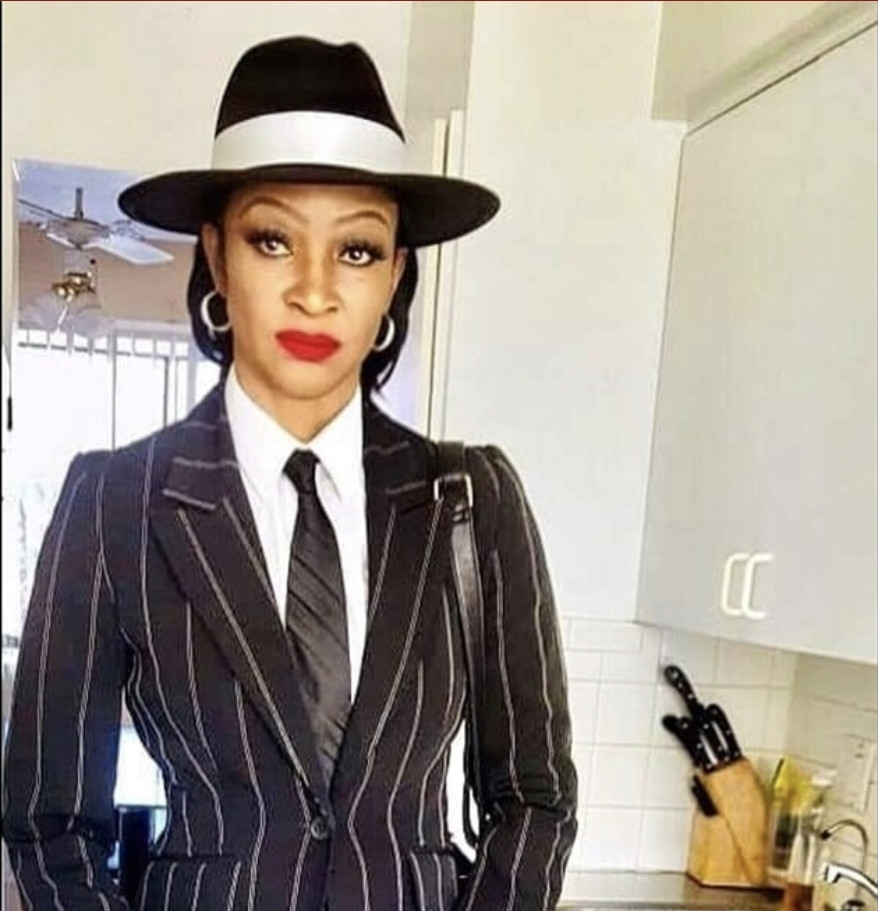 Elizabeth Omonigho Asekome, a Nigerian lawyer has narrated how a woman (older) she took as a mother got visited by karma after marrying her abusive ex-husband she advised her to leave.

Asekome, in a Facebook post, disclosed that the older woman who was a single mom of three grown sons and a daughter, was a nurse who sold painkillers and stitched her up every time she got assaulted by her ex-husband.

The lawyer said she told the woman everything happening in her marriage and sought for advice from her before eventually fleeing from her abusive ex-husband with her three children in 1998.

Asekome further revealed that after she visited the older woman with gifts to thank her for everything, she (the older woman) confessed to dating her ex-husband while they were married and eventually married him after she left him.

She added that the woman said she advised her to leave the abusive marriage because she wanted to marry her husband as she is matured and knows how to handle man like him, while she (Asekome) is inexperienced.

Asekome disclosed that while in Law School, she got a call from a friend who told her that her ex-husband got assaulted by the older woman’s sons for beating their mother and smashing her head on a car windscreen.

She added that the woman who had a bandage on her head and stitches at that time, eventually divorced her abusive ex-husband.

SEE ALSO: Nigerian Singer, Lilian Okays Recounts The Ultimate Betrayal She Suffered In The Hands Of Her Darling Husband And Her Two Married Friends

Below is her full story…

“Karma is a woman.

So back in the days when I was still with my ex-husband in Salolo bus stop area of Alagbado, there was a nurse who had a chemist along the road that always gave me painkillers and stitch my wounds whenever I got beat down by my ex.

She was a single mom with grown 3 sons and a daughter who was my age. Because of her kindness I got so close to her and started calling her mommy.

I’d tell her everything he did and she’ll advice me on what to do until I ran away with my 3 kids in 1998.

After my graduation, I bought a lace material and some jewelry to go give her and thank her for all she did. As soon as I entered Taiwo street, my neighbors recognized me and jubilated that I escaped and was doing well but I was in a hurry to see mommy.

Her chemist was closed. Her daughter opened the door for me but seemed unhappy to see me and said mommy was in the showers. I sat in the living room to wait for her. Then my eyes caught a calendar on the wall. I froze! It was my ex company calendar. How?? Mommy despised my ex so much.

She came out and I knelt and hug her. She sat down not making eye contact. I apologized for the long silence and updated her. She said she’s the one sorry. I say no ma, for having this calendar? She said for marrying my ex and not telling me all those time I was coming to report him that they were dating.

She asked me to leave cos he will soon be there, that she advised him to apply pressure so that I will leave the marriage and also advised me to run cos she wanted to marry him as she is matured and knows how to handle man like him and I was inexperienced.

I wanted to leave the marriage anyway so I wasn’t mad at her for marrying him. I congratulated her and walked on wooden legs to the bus stop numb. I felt bad because all the times I was opening up to her I didn’t know they were together. The betrayal hurt so bad.

Later while in law school and old friend in Alagbado called. She say gist dey o. I rolled my eyes. I didn’t want to hear nothing from my past anymore having moved on.

She said “that Ijebu nurse Auntie that married your ex, I met her at Allen, she had a bandage around her head and said she got like 8 stitches across her forehead like Cain in the bible.” I said accident? She said “Auntie said your ex husband beat her and used her head to smash windscreen of the car he bought for her.

They are divorced sef and the matter dey police station because her 3 sons your ex helped to get jobs with lever brothers and AJ Seward beat your ex for beating their mom and your ex take police arrest the boys by calling them robbers.”

READ ALSO: How Karma Caught Up With Mother-in-law Who Maltreated Her Son’s Wife

I replied “she can handle him. I am the inexperienced one.”

There are 3 more betrayals that hurt me to my bone marrow like this. After few years, I’d get news that karma did her job very well.

I have come to realized that whenever anyone betrays me, they always get the repercussions.

My God is God of vengeance.

“The LORD shall fight for you, and ye shall hold your peace.”

Has anyone else experienced such?”