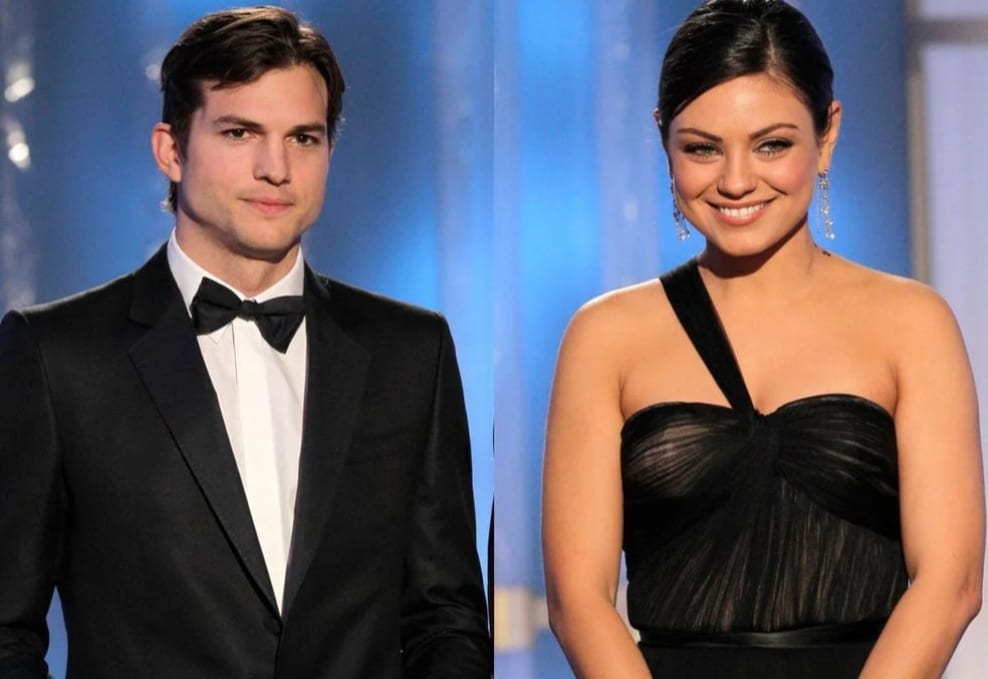 Bathing is an uncommon thing when it comes to Ashton Kutcher and wife, Mila Kunis‘ household.

While many families consider bath time to be an essential nightly ritual, the couple revealed that washing is more sporadic in their household.

The former That ’70s Show co-stars and parents to 6-year-old daughter Wyatt and 4-year-old son Dimitri admitted during an appearance on Dax Shepard’s Armchair Expert last week that neither they nor their kids have daily full-body washes.

“Now, here’s the thing: If you can see the dirt on them, clean them,” Kutcher said of his approach to bathing his kids. “Otherwise, there’s no point.”

Kunis added, “But when I had children, I also didn’t wash them every day. I wasn’t that parent that bathed my newborns – ever.”

Agreeing to Shepard’s argument that soaping up every day can strip the body of its natural oils — much to the horror of his co-host, Monica Padman, who asked, “Who taught you to not wash?” — the couple explained that they shower infrequently but do wash their vitals (armpits and groin) daily.

Kunis also washed her face twice a day, while Kutcher noted that he’ll splash water on his face after a workout. 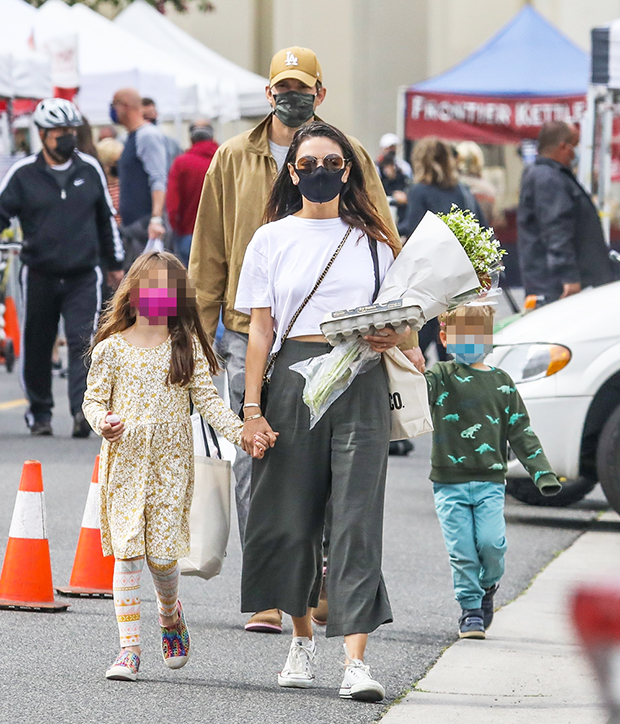 The couple’s comments sent shock waves online, kicking off a discourse about hygiene practices and countless memes at their family’s expense.

Despite the disgusted reactions to Kunis and Kutcher’s comments, pediatricians say the Hollywood couple aren’t actually doing their kids dirty by not giving them daily baths.

According to the American Academy of Dermatology Association, children ages 6 to 11 should bathe at least once or twice a week and when dirty, sweaty, smelly or after a swim.

“Children do not need to be bathed or shower every day, unless they get especially dirty, such as after a day at the beach, the park or a theme park,”

Dr. Nanette Silverberg, chief of Pediatric Dermatology for the Mount Sinai Health System and clinical professor of Dermatology and Pediatrics at the Icahn School of Medicine at Mount Sinai, adds that while kids may vary depending on their particular skin needs, bathing “every day is drying to the skin for most people.”

According to Silverberg, Americans are generally “aggressive washers” and have “culturally overdone it” when it comes to bathing, which she attributes to large incidences of eczema, also known as atopic dermatitis.

By limiting baths (using gentle, fragrance-free cleansers) to a couple of times per week and instead focusing on moisturizing the skin daily, parents can help prevent their kids from developing eczema and the rashes that come with it. She says:

“You’re not really required to bathe daily, for most children and in particular infants. It’s not like they’re rolling in mud, so you’re not worried, per se, about bathing them as frequently.”

Once children begin to reach their tweens and teens and puberty kicks in, from around age 11 on, more frequent washing is recommended. At that point, Silverberg says, washing becomes more about practicing good hygiene and removing dirt and bacteria and any body odor.

And just as Kutcher divulged that he gives certain body parts special attention when washing, Silverberg recommends focusing on the folds of the skin “because that’s where bacteria and yeast and dirt with potentially accumulates with sweat.” She adds:

“Obviously you want to remove visible dirt from the skin, which in small kids tends to be hands and feet and face. [But] for most people, you don’t really need soap on every inch of your body.”

And what of hair washing? For straight hair, a twice-weekly shampoo session is suitable, says Silverberg, who advises young patients of color with textured or coiled hair to wash their hair just once a week to avoid dryness or damage.

For longer hair that extends to a ponytail, the bottom section can be conditioned as well, but for the most part infants and small children needn’t bother with conditioner.

Diapers are another factor. Because infants and toddlers who wear diapers are changed at least a few times a day, parents can worry less about additionally soaping up that area. But Silverberg recommends using sensitive skin wipes — or even a tissue with water — and protective barrier creams to prevent any irritations.

“Even people who don’t say who say they don’t wash their child frequently are washing certain areas of the skin frequently,”

“Small kids and infants really do get frequent washing, but in particular locations [including] the face and groin/diaper area.”

Long story short, Kunis and Kutcher’s lax lavatory routine, though unsavory to some, is sufficient by pediatrician standards — so long as they’re not overlooking one important body part.

“The importance of hand washing with soap is even more critical these days, in the face of rising COVID-19 in children,”

“Hand washing with warm soapy water, followed by drying with a clean towel, far surpasses water alone or hand sanitizers. As soon as a child is able to stand, or if they’ve been crawling on a floor or the ground, hand washing should be frequent and a routine not to be skipped.”