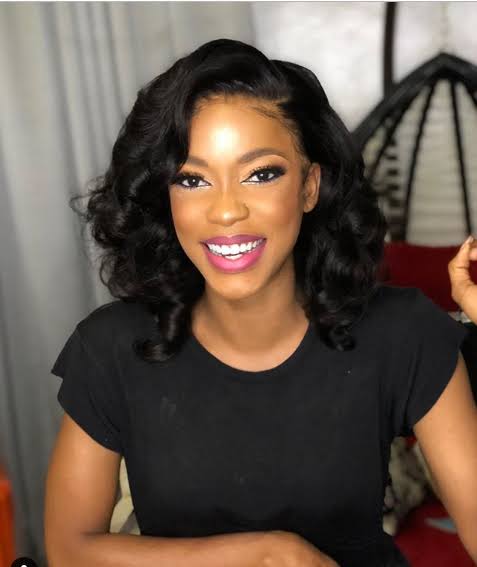 Nigerian actress and model, Efeilomo Michelle Irele popularly known as Efe Irele has recalled how she battled and survived hyperpigmentation and a terrible hormonal acne some years ago.

Speaking during a recent chat with PUNCH, the stunning actress whose story inspired her to create her own skincare, revealed that she battled different skin problems at different times and it made her feel insecure which negatively affected her confidence as she did not want to be seen in public or even stand in front of camera.

The fast-rising actress further disclosed how she constantly struggled to identify the skincare products that wouldn’t worsen the condition of her skin tone and when things got worse for her, she decided to create a skincare line.

“My skin at its worst was my inspiration for creating a skincare line. I remember how insecure I felt when I was battling hyperpigmentation and terrible hormonal acne. I have had different skin issues at different times.

Sometimes, I did not even want to go outside, not to talk of being on screen. There was also the constant struggle to figure out what products wouldn’t make my skin worse. Those who know would tell you that it’s ‘hit or miss’ out there.

All that put me on the path of gaining more knowledge about skincare and creating products that solve most skin issues with super effective formulas that help boost confidence,”

READ ALSO: When Is It Normal For Kids To Start Having Body Odor And How Parents Can Help Them Handle It | Experts Answer

Sharing her thoughts on actors being stereotyped in Nollywood, Efe Irele said,

“Even in Hollywood, it happens. When someone knows one as a movie character, it is only natural that they view one through that lens.

When asked if she felt she would have been more successful if she weren’t an actress, Efe Irele stated,

“It depends on what you mean by success. Financially, I would have been better off but as per fulfillment, I’m not so sure. My passion is here and I’m happy. I won’t trade it for anything.”