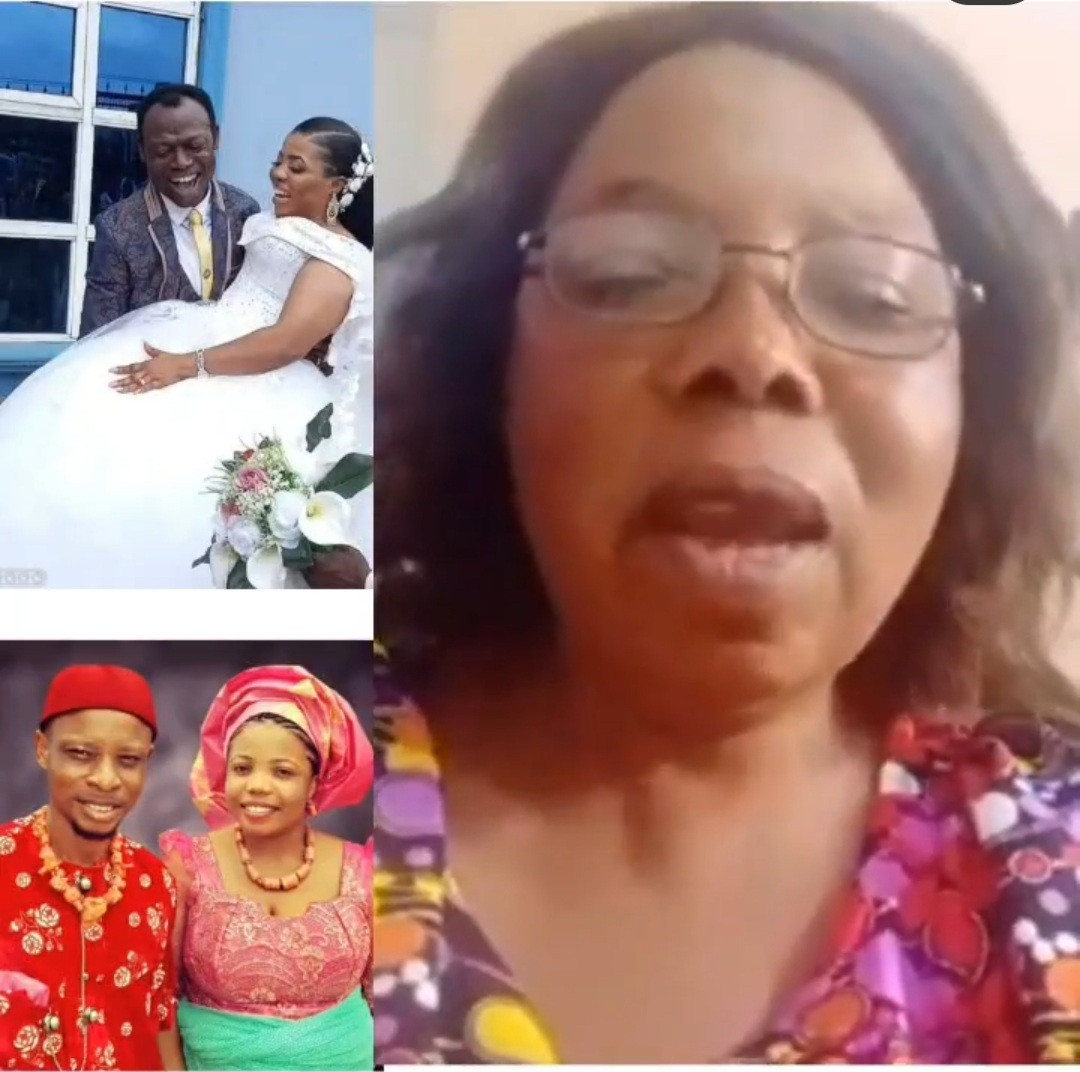 Christiana Everest, the mother of Tina Adeeyo, has spoken about her daughter’s recent marriage to the General Overseer of World Bank Assembly, Pastor Moses Adeeyo.

According to the concerned mother, her daughter’s first husband, Bright Ben, didn’t pay bride price  when he married her daughter 12 years ago, despite doing the traditional marriage and church wedding.

“He gave people, both men and women, their right, but, to the parents, when they told him to come and see us, he said he will see us later. There was no bride price. That’s the main thing that makes a woman to be a wife to a man.”

She further claimed that problem started just two weeks after her daughter’s white wedding to Bright.

According to her, Tina took 50 Naira from her then husband’s pocket to buy soap to wash their clothes and when Bright returned home and Tina told him she took money from his pocket, he allegedly called her a “thief”.

She added that the problem continued in the marriage from then on. She also alleged that after her daughter had their first child and she visited for Omugwo, Bright and his mother sent her out of the home, preventing her from being there for Tina who just put to bed.

According to Christiana, months later after she was sent out, her daughter came home, complaining that Bright was threatening to kill her and use 2 million Naira to silence her family.

Christiana also claimed that she soon discovered that Bright had married a wife before from Abia State but she died 6 months later and this heightened her concern for her own daughter, Tina.

She said that since then, her daughter moved back home multiple times, complaining of abuse from her husband, but Bright always returned to beg for forgiveness.

She alleged that Bright not only abused his wife, Tina, but also scared off Tina’s siblings and she, the mother-in-law, was not exempt.

She added that, rather than give his wife money, Bright would take whatever money Tina has.

While speaking, Christiana referred to her daughter with her new husband’s name, “Tina Adeeyo”.

Tina, a mom-of-two and Pastor Adeeyo got married on Sunday, August 8, 2021. Hours after their wedding, Bright Ben took to Facebook to announce that Tina is still his wife and the Pastor snatched her from him.

Tina’s younger sister, Elizabeth Okonkwo, weighed in after Bright accused his wife of leaving him for the pastor.

READ ALSO: Nigerian Prophet Whose Marriage Crashed After 3 Months Over His Alleged Refusal To Fulfill Promise Made To Wife Before Wedding Speaks

She warned Bright Ben to take down his post or else she would expose all the “evil” he has done to her sister to the world. Elizabeth wrote on Facebook:

Listen to Tina’s mother speak in the video HERE.