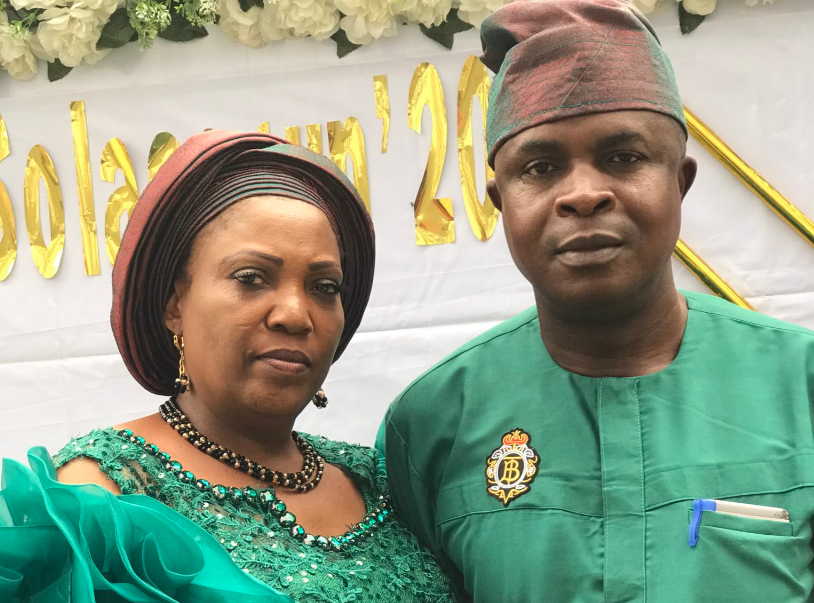 Love is beautiful and there’s almost nothing as beautiful as the love that has stood the test of time. People say that if you are destined for each other, the universe would find a way to bring you together. That is what happened with Mr and Mrs Akinseye.

The couple, who have been married since 1994, have shared their insights on love, marriage, and the forever journey with BN weddings.

The lovebirds met in 1982 as secondary school friends, but there was nothing concrete. A few “I like you’s” here and there, coy smiles and minds too frail to understand the intensity of love.

“We didn’t even know what love was all about. It was just likeness,” Mrs Akinseye says.

Theirs was a long-distance relationship that had many ups and downs. Mr Akinseye was in Akure and Mrs Akinseye moved to Lagos. There were no phones then and they couldn’t communicate often.

In 1990, they met again and picked up from where they left.

“The relationship became hot,” Mr Akinseye chips in. Still, there was a lot of on and off and they only got pretty serious in 1993. The first few years of marriage are usually the toughest. It is at this period you realise that the way your husband is pressing his toothpaste from the middle actually irks you so much, or you realize that your wife is fond of removing her brassiere while she eats and dumping it on the dining chair.

“We used to fight a lot because we’re coming from different backgrounds. Ours was food. My husband likes swallow; he can eat swallow in the morning, afternoon and night.

I like rice, bread, tea, and eggs. So we always quarrel. If I give him swallow in the morning and say ‘let’s eat rice in the afternoon,’ quarrel will start. He will say he wants amala. How can someone be eating swallow as early as 6am?”

Mr Akinseye has the perfect answer to that question.

“I grew up eating pounded yam three times per day. She’s the daughter of a principal, they are used to drinking tea. Me, I don’t drink tea.

In my house, we ate rice once or twice a year: during Easter and Christmas. For me, it is pounded yam or fufu, amala. I will prepare my fufu in the evening and it will be cold by morning. I like it cold.”

SEE ALSO: The Oluwadares’ 36 Years Marital Journey Is Proof That A Rough Beginning In Marriage Can Make A Good Ending

It is not only the love Mr Akinseye had for swallow that irked his wife, there was more.

“It is also table manners. If my husband wants to eat, he will cut the size of the fufu so big that I will be ashamed of myself.

So if we go out and want to eat, I will be looking at him and eyeing him, but he will still cut this big size and, oh! I did not like going out with him and when we go out, I don’t want him to eat.

When he belches too, he will just do ‘gururururu.’

“I grew up in the village, it’s not my fault,” Mr Akinseye quickly chips in amidst laughter.

“When we wake up in the morning, my husband never makes the bed. He won’t even adjust it, he’ll leave it like that. Even if I go out and come back in the evening, I will meet the bed the same way. I want a situation where if I don’t do it, he should be able to do it.”

Mr Akinseye is not a perfect human, but neither is his wife.

“When we quarrel, she’s fond of shouting, her body will be shaking, you’ll see the anger in her. She likes calling the children.

I tell her, ‘you don’t have to involve my children, we can settle our issues together.’ The children have been able to intermediate between us and resolve issues.

They have become our advisors as they grow, and they reprimand me at times, but I will never call them when we’re quarrelling.”

To this, Mrs Akinseye has a defence.

“When we have issues, I want to talk to friends and family; I just want to tell someone about it. But instead of telling people who may end up gossiping about you, I made up my mind that my children will be the judges of whatever court I want to summon this man to.”

The difference in food and mediation style has got nothing on them. To date, Mr Akinseye likes his mountain-like morsels of cold fufu, and Mrs Akinseye has had no choice but to accept his eating habits. Mr Akinseye has also learned to let his children be the judge and jury in their family court. 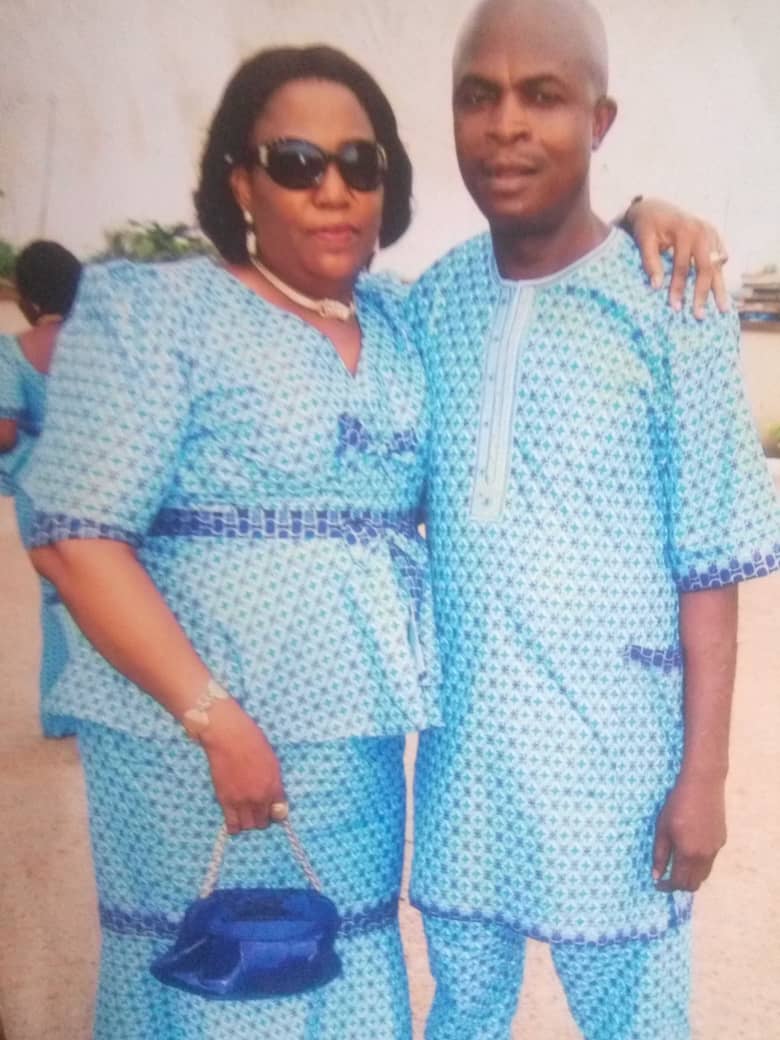 Little things can ruin a marriage and unlike Mr and Mrs Akinseye, not many couples have the bandwidth to swim through the murky waters of marital problems.

“Everything can cause quarrel, even television and how you dress. That is why it is important for couples to sit down and study each other very well.

My husband and I can quarrel like cat and dog, but we are into each other so much. I also learned from reading a book that if I want to change somebody, I should change first,”

Immediately after they got married, Mr Akinseye lost his job. Within 14 years, he also suffered from a stroke 4 times. But his wife was there for him all through, and together, they were able to weather the storms.

Mr Akinseye believes that intolerance and unforgiveness are what make marriages crash the most. And we agree. “Even the teeth and tongue fight,” he says.

“Intolerance is what happens, the wife not being able to tolerate the man and vice versa. At times, when we have issues, I will sit down and ponder over her commitment to the marriage, and I will forget about what she’s done.

In the past, she did what she did to ensure the sustenance of the marriage, so if she’s making some mistakes now, I should be able to tolerate her. There’s no perfect marriage, learn to forgive.” Mr and Mrs Akinseye chilling in their home.

In marriages, money matter is a serious matter, one that can cause a lot of kasala. How were Mr and Mrs Akinseye able to manage their finances? She said:

“I cannot stay without working. I like money, and I like my own money. I like a situation where if I say I want to eat chicken and my husband says ‘must you eat chicken?’ I will just go buy it because it’s me who wants to eat the chicken.

If I don’t have money, I’ll have to succumb to his will and eat whatever he wants us to eat. He will do his part and I will do mine.

When I go out and see what I like for my house, I will buy it. So when he lost his job, I was able to take care of the house financially. There are times and seasons for everything, times for chicken and times to eat Shawa.

There are times and seasons for everything, times for chicken and times to eat shawa.”

Couples making money and being financially independent is sweet, but do you want to know what’s sweeter? Not hiding your finances from your spouse.

“I don’t hide anything from her,” Mr Akinseye says.

“She knows what I earn. She’s the first person that sees my letter of employment or my payslip. If there’s an increase in my salary, she knows. It is when you hide things that you’ll have challenges. We sit together to discuss how to appropriate the funds.”

“It’s true,” Mrs Akinseye chips in, “His ATM card is with me. He also bought the first and second car in my name. He doesn’t hide anything from me. That’s a plus.” 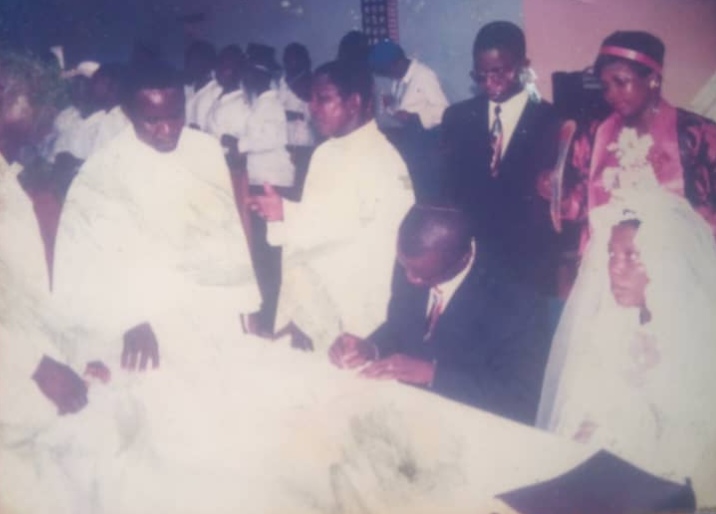 A photo of Mr and Mrs Akinseye signing their marriage certificate

When you are married for a long time, it is easy to become complacent; you stop trying to impress your partner or going all out to ensure they are satisfied sexually, financially, and every otherwise.

Dates and vacations reduce gradually until they are eventually stopped. Dinners, scented candles, and flowers begin to become less frequent.

As we talked about flowers, Mrs Akinseye, laughing hysterically, says

“Flower? My husband doesn’t know the meaning of flower o. He doesn’t even know how to give gifts. When it comes to romance, showing affection, giving valentine or anniversary or birthday gifts, he doesn’t know how to do that.”

Mr Akinseye sees the need to defend himself.

“…but I always buy you fufu, yam and amala. I’ve never bought flowers for her but there are some things she asked for and I bought them.

Even with their differences, Mr and Mrs Akinseye have had a good marriage so far and we cannot help but be in awe of their beautiful journey. But there were times they felt they couldn’t go on.

“It happened twice, we made up our mind to just divorce,” Mrs Akinseye says.

But look at them, waxing stronger daily. Perhaps the fact that they were marriage counsellors in the church helped them learn better, but their personal resolutions were what did the magic.

“In all our fights and quarrels, my mind was made up that I will not have two wives nor will I divorce my wife,” Mr Akinseye says. Being married for over 20 years isn’t a small feat. From extended family members’ interference to differences in parenting style and many more, it is important that if you are just saying I do, you learn one or two things from couples like Mr and Mrs Akinseye who have passed the forests and fought wolves to get to this point.

“If you look at your partner’s weaknesses, you won’t be able to go far. But if you look at his strengths, it would help and strengthen you.”

On family interference, she said:

“It’s not advisable for new couples to have a lot of people in the house. If you have siblings, cousins, extended families, they will go and tell people what is happening in your marriage.

And that goes both ways.

If they had the opportunity to start all over again, these lovebirds would definitely make their love journey sweeter.

“Now, I have a better understanding of the things she likes,” he says. Mrs Akinseye wouldn’t shout as much whenever she was angry.