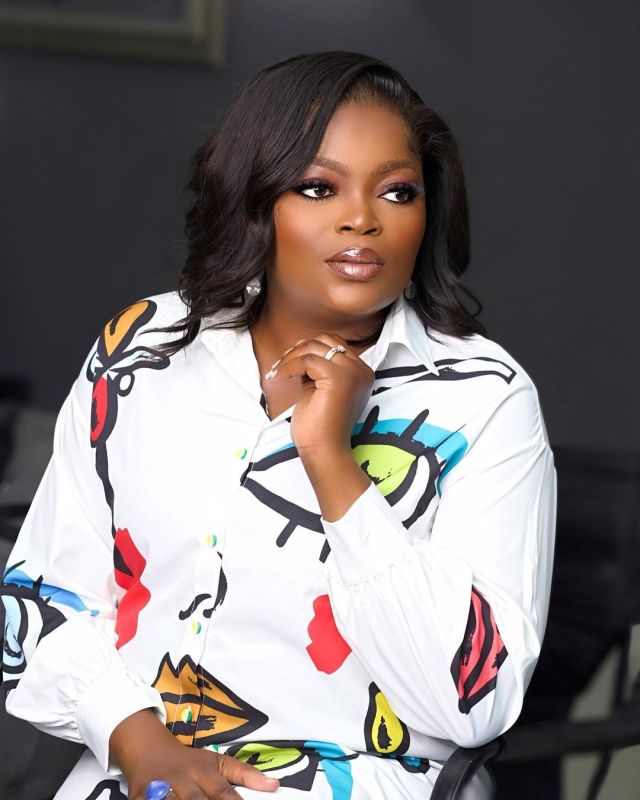 Actress and movie producer, Funke Akindele Bello recently had a chat with media personality, Chude Jideonwo, and for the first time, she spoke about her struggles, failed marriage to businessman, Kehinde Adeola Oloyede-Almaroof, among others.

The 43-year-old filmmaker, who is now happily married to JJC Skillz, says she’s sharing her story to encourage other young single ladies who are being pressured to get married.

According to her, this is the first time she will be speaking about everything from the drama of her first marriage to the joys of the second and to the tough 2020 she had.

The mother of twin boys who remarried in 2016 said:

“I have never addressed this issue but I will do now to encourage ladies that are pressured to get married.

Please calm down and take your time because if you rush in, you rush out…that is the lesson learnt….I just wanted to get married then, have children because I was being pressurized by society, here and there….and then it didn’t work out and ended in a bad way….

I was filming when the news broke on social media, I wanted to die, I lost some good deals and all but I didn’t let it break me….”

“I channeled my energy into work, made money and i saved a lot, I will wake up early to work….there will always be bad times but you will survive, don’t let it weigh you down because it will pass and because you serve a living God…

There are times anger and jealousy will come, but don’t let it eat you up, as a young lady don’t be pressured into marriage, marry cos you love him and want to be with him not cos the society and everyone is pressuring you to, ignore the naysayers…..do what makes you happy…”

The Nollywood star also spoke about how she handled her situation when she was arrested for violating the lockdown restrictions after hosting a birthday party in honour of her husband during the period.

“In Panti after I was arrested, when they said I should write my statement, I said ‘I wish I can just die’. The man said “ahan koto yen naw” I said ‘Yes, let me just die so it’ll cover the whole thing”.

Do not let it overwhelm you, do not let it eat you up, so that when the trouble times come, it will pass. So you just have to take the time. You are human. You are allowed to break down,”