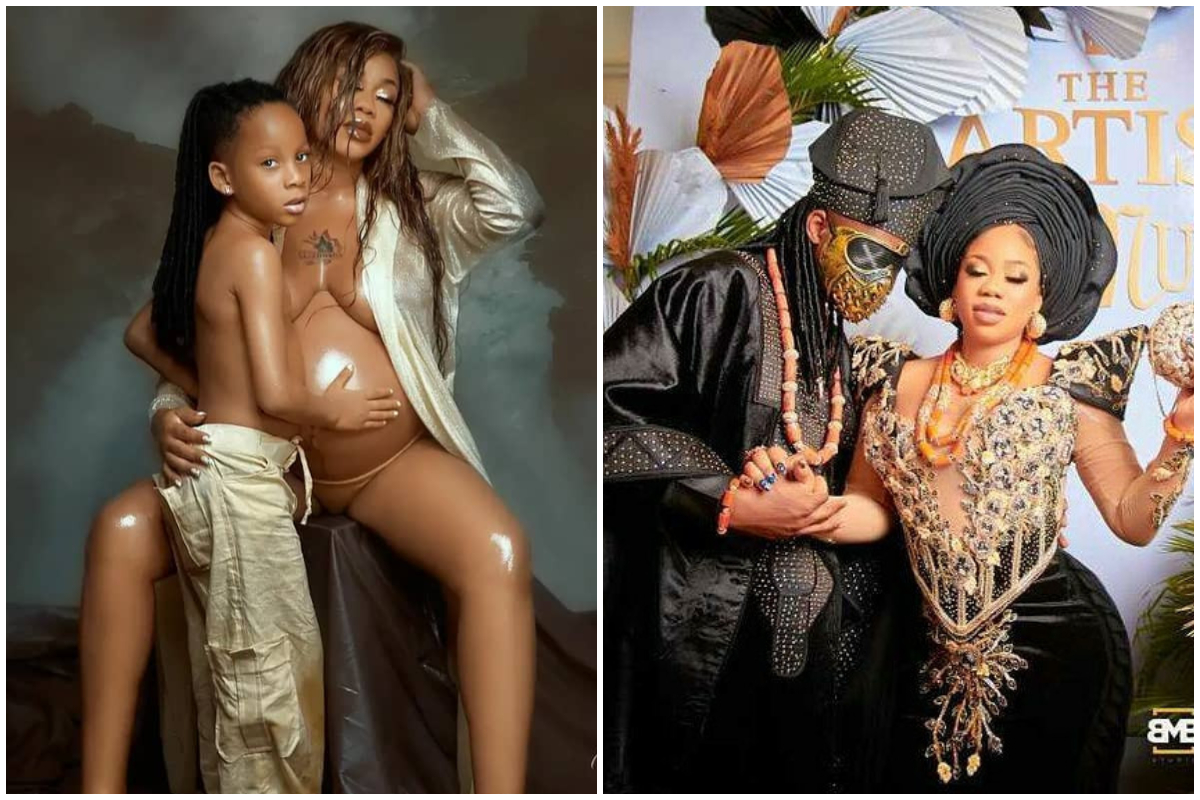 How The Right Hormone Testing Finally Made A Nigerian Woman, Chioma A Proud Mom After Years Of Trying With Husband, Chukwuma

Celebrity stylist, Toyin Lawani has said that she will not allow her children call her new husband, Segun Wealth “Dad”.

According to the expectant mom-of-three who tied the knot with Segun a few months ago, it’s not right that her kids refer to her husband as dad when they have their fathers alive.

This disclosure from Toyin who had her two kids with two different men, comes after a fan commented on series of pregnancy photoshoots she had with her son, Tenor.

The fan while appreciating the mother-son goals shared by the model said “one day, Tenor will call Uncle Segun DAD. God bless your home Tiannah”.

Answering the fan, Toyin who is expecting her third child with her new hubby, stated that she will not feel comfortable watching her son call her husband ‘Dad’ because Tenor has a father and would not be fair.

She added that Tenor’s father is still alive and kicking and that her baby daddy has been playing an important role in the life of their son.

“I won’t let him do that no matter what, is it like he doesn’t have his own dad, no is no, that is wrong”,

she replied the fan.

Sharing a screenshot of her exchange with the fan on her Instagram page, she further explained why her kids are not allowed to call her husband ‘dad’.

READ ALSO: Toyin Lawani Addresses News About Her Marriage To A Married Man, Removing Her Womb And Why She’s The Most Mocked Parent

“On this pregnancy series I’m here to touch all areas, someone made this comment on my previous post, And I had this to say, Why would I feel comfortable for my kid to call my husband dad when it’s not like his dad is dead or something, I have never and will never stop my kids from their dads regardless of our situations.

“I make sure they have a life with their dads and I don’t get involved, I feel its extremely wrong to support such, Every child deserves the right to know right from wrong, everyone’s pain and story is different so they are free to make their decisions the way it dims them fit, you don’t even want to know half of my pain but I decided to choose my kids happiness always and put things behind me to co-parent.

“For the greater good and balanced life for my kids, some people don’t forgive easily, so I can’t be the one to tell them what to do or decisions to take or what to do with their kids, But as for me, I can forgive but I don’t forget, my child ain’t calling nobody dad except his dad, it’s still doesn’t mean he won’t respect his stepdad and know that’s a fatherly figure to look up to, but it’s best to let them know the truth and value it for the future the way you go with them might be the same way they go with their kids and they will think that’s the right thing to do, always think about the future when making decisions, teach them love and compassion over pain.” 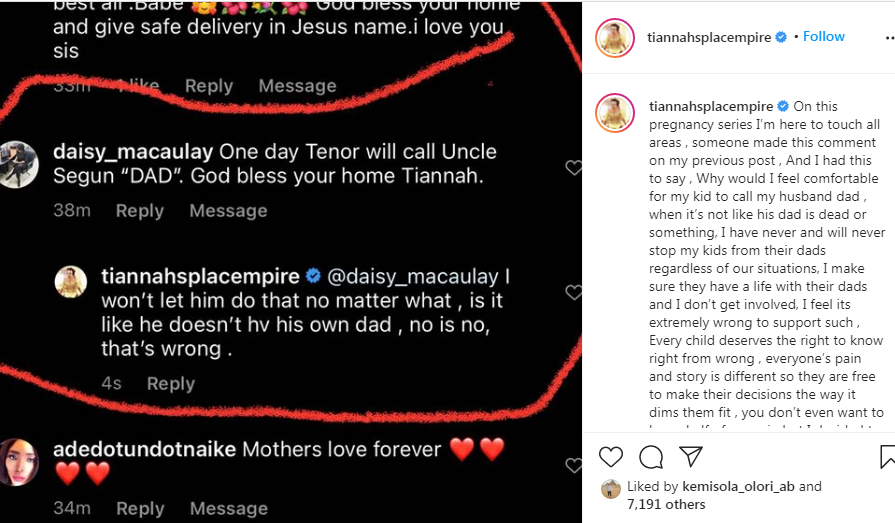