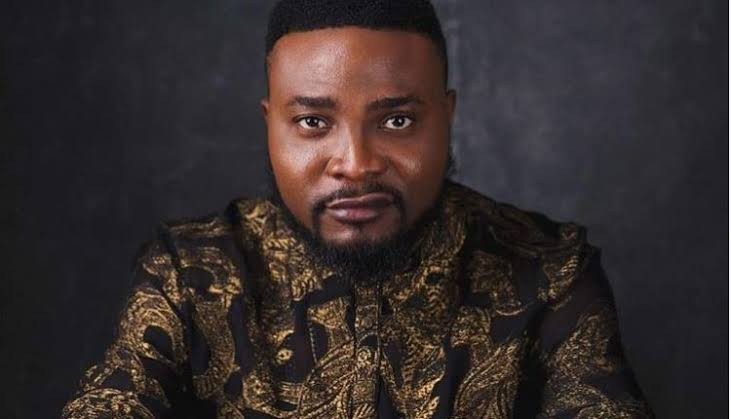 Businessman and dad-of-two, Wale Jana, has advised parents against sending their children to all-boys or all-girls schools.

Sharing a not-so-good story of how a senior in an all boys school in Lagos, allegedly sexually abused junior boys, the perfumer opined that attending a “same sex” school does more damage than good in the long run.

If you had the choice to determine your sexuality you are blessed. Some people didn’t have a chance!

If you attended Kings College Lagos in 1995 and you were a boarder in Panes and McKee Wright House and your hostel was on the top floor just by the balcony were Mallam Sani used to live. You would have heard gists about a prefect in McKee Wrights House who used to invite junior boys to his net.

The story was that he used to put Vaseline in their anus and have sex with them. He used to target boys with big bum thank God I have always been a Lepa. In 1995 most of us were 11 years old, we didn’t even know anything about sex.

Now imagine an 11 year old boy being introduced to sex that way! He didn’t even have a chance to choose his sexuality!

His victims would be conflicted for life because they were picked so young. If you are a parent stop sending your children to boys and girls only schools, I think it does more damage than good in the long run.

Thankfully a good number of us turned out well but the world is different today, it may have  been worse.

May you hug this  common sense in Jesus name. “ 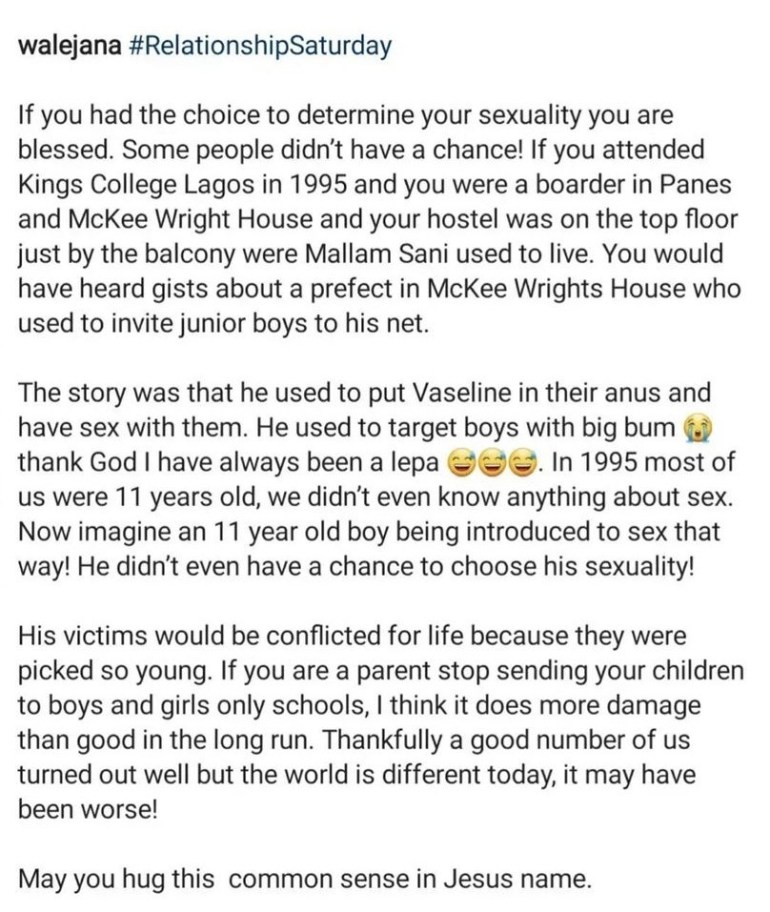