Losing eyesight can be traumatising for anyone who was born with normal sight. The agony is even more for persons who lost their vision due to complications of health issues that could have been better managed

Some persons who lost their vision after coming down with measles in their childhood share their experiences, especially, how tough it is to cope with sudden or gradual loss of eyesight.

Mr. Ishiyaku Adamu was not born blind and was enjoying his vision in primary school, until measles struck at the age of seven and stole his sight.

The 37-year-old Political Science graduate of Gombe State University said he was not immunised when his community experienced an outbreak of measles in the early 90s, though there was available vaccine to prevent the highly viral infectious disease.

Adamu, who now lectures at the Department of Political Science, Gombe State University, said though there was a lack of awareness about measles vaccine in the 90s, his situation was compounded by the failure of his parents to take him to the hospital for proper medical care.

According to him, he could have escaped complications from measles which include vision loss, if his condition had not been badly managed by traditional healers.

Although Adamu did not allow his vision loss to keep him isolated or deny him the opportunities of pursuing his dreams in life, the lecturer said living with blindness can be traumatising and destabilising, especially when it could have been avoided.

Sharing his experience with PUNCH HealthWise, Adamu who is the National President of the Nigeria Association of the Blind said,

“I was not born blind. I became blind when I was seven years old and was in primary two then. I was born in 1984.

It started as measles. Those years there was lack of awareness on immunisation on measles and so I was not immunised.

There was an outbreak of measles in my community and I know some of my mates who were also affected; some even died. In my own case, what actually happened was that when I was infected, I was not taken to the hospital for proper treatment.

My parents were using traditional medicine to treat the measles. At one point, it degenerated and started affecting my eyes. When I started recovering from it, I could neither see nor walk well.

I thank God that I later began to walk properly but my sight did not get better; worse still was that I was given a lot of herbal medicines which compounded the problem by the day.

Realising that my sight was not getting any better after patronising different traditional medicine practitioners and applying a lot of concoctions, my parents then took me to a general hospital in Bauchi State.

This was around the early 90s. After several medical examinations were carried out, the doctor told us that my eyes had been damaged as a result of complications from herbal medicines.”

Adamu, who is an indigene of Gombe State, went on,

My parents broke down in tears

“At that point, the doctor certified that the eyes were gone and from there, I was referred to a special school. When my parents were told that I had lost my sight, they started crying. They were traumatised, while I was depressed, though I was small then.

“Even when we returned from the hospital, my parents continued looking for treatment for me again from traditional healers. But it got to the point that I refused to follow them for treatment and stopped taking those concoctions. When I got to the special school for the blind in Bauchi State, a boarding school, I saw a lot of my mates who became blind as a result of measles.

“So, we started relating well with each other because it was easier for me to blend. We were taught how to live independently and we acquired daily living skills, which enabled us to live without requiring too much support. That was how I was able to cope. I was eight years old when I went to the boarding school.

“My parents supported me and gave me a formal education as well as an opportunity to discover my potential.”

Talking about his social life, Adamu said he married a sighted person and was lucky he was not rejected because a lot of persons living with blindness find it difficult to marry a sighted person because they are often rejected.

Measles, according to the World Health Organisation, is a highly contagious disease, caused by a virus.

WHO noted that before the introduction of the measles vaccine in 1963, followed by widespread vaccination, major epidemics occurred approximately every two to three years, adding that measles caused an estimated 2.6 million deaths each year.

“The most serious complications include blindness, encephalitis (an infection that causes brain swelling), severe diarrhoea and related dehydration, ear infections, or severe respiratory, infections such as pneumonia.

Measles leading cause of childhood blindness

“Severe measles is more likely among poorly nourished young children, especially those with insufficient vitamin A, or whose immune systems have been weakened by HIV/AIDS or other diseases,”

Experts say measles is the leading cause of childhood blindness, even though it is a vaccine-preventable disease.

A Public Health Physician and National Coordinator, National Tuberculosis, Leprosy and Buruli Ulcer Control Programme, Dr. Chukwuma Anyaike, told PUNCH that measles is one of the commonest causes of blindness in children and affect the eyes in different ways.

My mother thought I had malaria

Mrs. Idowu Olupero is another Nigerian who is living with visual impairment caused by complications from measles. The 50-year-old teacher said she was not born blind but later lost her vision to measles at the age of four. 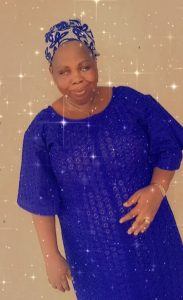 “My mother thought I had malaria. By the time my grandmother visited, it had already affected my eyes. She saw me closing my eyes

“My grandmother was the one that discovered that I had measles and from that moment they started applying different things to my eyes.

“They thought they could handle the problem themselves and were managing it at home. It was when I was 10 years old that I was taken to the hospital. By then my eyes were badly damaged.

“One of the eyes was already gone while I struggled to see with the second. It was because I was having pain in my eyes that I was taken to the Lagos University Teaching Hospital,”

The mother of three said if she had been taken to the hospital on time and the condition properly managed, her eyes would not have been badly damaged by the viral infection. She said:

“I later went to the United Kingdom to have surgery on the eye that I was using to manage to see. So, one of my eyes is totally blind and I manage to see with the second.

“Actually, if I had been taken to hospital when my grandmother noticed I had measles, I believe that I would not have lost one of my eyes or be struggling to see with the second one. But I thank God for my life. Today I am married with three children.”

Mrs. Adenike Olorundare and others who also spoke with PUNCH shared similar experiences of how measles damaged their eyes.

“I suffered measles at the age of two and that was how it damaged my eyes. That was how I became partially sighted. I know some people in my association who were made totally blind as a result of complications from measles. It is not easy living with visual impairment,”

The American Academy of Ophthalmology says measles infections can harm the front or back of the eye, possibly causing vision loss or blindness.

The academy stated that though measles is just re-emerging as a threat in developed countries, the disease has long been a leading cause of childhood blindness worldwide.

“One study estimates that measles causes up to 60,000 cases of blindness a year globally. Poor access to measles vaccination and malnutrition often correlate with higher rates of blindness in the most affected countries,”

Nigeria has experienced repeated outbreaks of measles in recent years due to low routine immunisation coverage.

The country introduced measles vaccination into the routine immunisation programme in 1978 for children aged nine months.

Data from the 2018 Demographic and Health Survey indicated that only 54 per cent of children 12–23 months had received measles vaccine; far below the herd protection threshold.

According to the United Nations Children’s Fund, Nigeria still contributes 30 per cent of the global number of unimmunised children between the ages of zero and five.

In a 2021 article published in BMC Public Health journal titled, “Measles outbreak in a complex emergency: estimating vaccine effectiveness and evaluation of the vaccination campaign in Borno State, Nigeria, 2019”, the authors said from January to May 2019, large measles outbreaks affected all 36 states in Nigeria and the Federal Capital Territory.

By the beginning of May 2019, the authors said there were more than 28,000 suspected measles cases reported and 89 associated deaths with measles.

According to a non-governmental organisation, Sightsavers Nigeria, about one million adults are blind in Nigeria and another three million are visually impaired, while 42 out of every 1,000 adults aged 40 and above are blind.

The NGO based its statistics on a survey of blindness and low vision it carried out in Nigeria, in conjunction with the Federal Ministry of Health.

The year of the survey is uncertain, but the International Centre for Eye Health at the London School of Hygiene & Tropical Health based related numbers on a survey conducted all over Nigeria between 2005 and 2007.

Speaking in an interview, Anyaike said measles can affect the retina, cornea and also causes conjunctivitis – that is red, itchy and watery eyes.

“Measles is a viral infection caused by the measles virus. Measles is vaccine-preventable. If you look at children that have measles, you see their eyes swollen, discharging pus. And most of the time, the eyelids turn the other way round.

“So why does measles cause blindness? Measles affects the eyes in many ways. It affects the retina and cornea. That is why we emphasise that mothers should take their babies for vaccination. Measles vaccination is given to babies at the ninth month.

“But most of the mothers do not keep appointments. Poor nutrition also exposes children to the risk of measles. Poor health-seeking behaviour is another problem. Some of the people that you see now that are blind got that blindness when they were young because their parents did not take them for immunisation and also because it was not properly managed.”

He urged mothers to take children for vaccination against measles, stressing that living with blindness comes with a lot of social, mental and economic impact.

An eye expert and owner of Modern Eye Clinic, Lagos, Dr. Priscilla Imade, told PUNCH that when eye medications are used wrongly, it could result in blindness.

The optometrist also noted that poorly managed eye conditions could lead to blindness. Imade, however, identified glaucoma as a common cause of blindness in Nigeria.

She pointed out that for blind people to cope, they need proper rehabilitation and support.