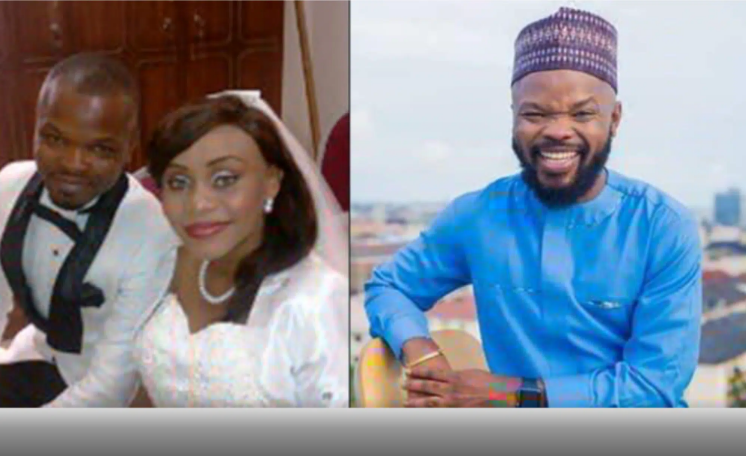 This is obviously a heat period for top Nigerian celebrities and their marriages as wife of popular On Air Personality, OAP Nedu of Wazobia FM accused him of domestic violence and being a deadbeat dad.

UzoAmaka Ohiri and Nedu got married in 2013 but their marriage crashed in 2018 after three kids together.

She called him out hours after Annie Idibia called out her husband, Tuface Idibia, on Instagram.

Uzor in a post via her Instagram story on Friday night accused her husband of not catering for his kids.

She also accused him of battering her a few weeks after she had a caesarean operation while his mother watched.

Uzor further wondered why Wazobiafm, Lagos still allows her ex husband to host marriage talks and shows even when he is one of the many men that beat their wives to stupor.

“Seems like a very good time to call all useless men out. I’m tired. Let’s take care of the girls, leave my son out of this.

Do you remember when you beat me up while your mother held my new-born a few weeks after I had cesarean operation?

I still wonder how Wazobiafmlagos allows you to host a marriage show when you’re one out of the many men that beat their spouses to stupor,”

the mom-of-three wrote in different posts.

Clearing his name from the mud, Nedu took to Instagram to post his evidence, indicting his wife in the domestic violence claim and also revealed how he found out their first son is not his blood.

The media person also stated that he does not support or encourage any form of domestic violence whether targeted at a woman or man.

Nedu who maintained that “he has never been one to physically violate any body including his ex-wife”, noted that their marriage was plagued with lots of issues including “continuous infidelity from her side” which pushed him into conducting a paternity test on their kids.

He disclosed that the paternity test led to the revelation that their first son is not his biological son even though he was born within the period they were married.

“My attention has been drawn to stories making the rounds on social media by my ex wife (Uzoamaka Ohiri). While I am not one to trade issues on social media, it has become pertinent that I clear the air once and for all.

First of all I would like to state clearly that I do not support or encourage any form of domestic violence whether targeted at a woman or man. I have also never been one to physically violate any body including my ex wife.

Our marriage was one plaqued with a lot of issues. One of which was continuous infidelity from her side that led to me conducting a paternity test on our kids which led to the revelation that our first son is not my biological son even though he was born within the period during which we were married.”

Nedu also pointed out that the issue of domestic violence during their marriage has been investigated twice, one by police officers in Ajah and another by a competent court of law during the dissolution of their marriage, and he was cleared of the allegation on both occasions.

The media personality who stated that he has proof to back up his claim, begged Uzor not “to continue on the path she has chosen as the Internet never forgets”.

Nedu added that their children “will one day grow up to deal with this mess she is hell bent on creating”.

He also asked her to file her complaints and approach any court of competent jurisdiction to pursue justice if she has any issue with him.

“On the allegation of domestic violence, we have had this matter investigated twice, one the police station in Ajah and another by a competent court of law during the dissolution of our marriage.
Both times I was cleared of all allegations and I have the necessary proof to back up my claim. If any one should be laying claims to domestic violence it should be me.

It is heartbreaking that I even have to issue this statement under this circumstances as I have put the unfortunate incidents surrounding my ex wife and I and the final collapse of our union behind me.

I am appealing to my ex wife to remember our kids and to not continue on this path she has chosen as the Internet never forgets and they will one day grow up to deal with this mess she is hell bent on creating.
I have no issues wit her and would like to continue to mind the business that pays me.

If she has any issues to join me with me, she is free to file her complaints and approach any court of competent jurisdiction to pursue justice.

Nedu is reported to have gotten married to another woman, Funmi, in a very private event that happened in April 2019. 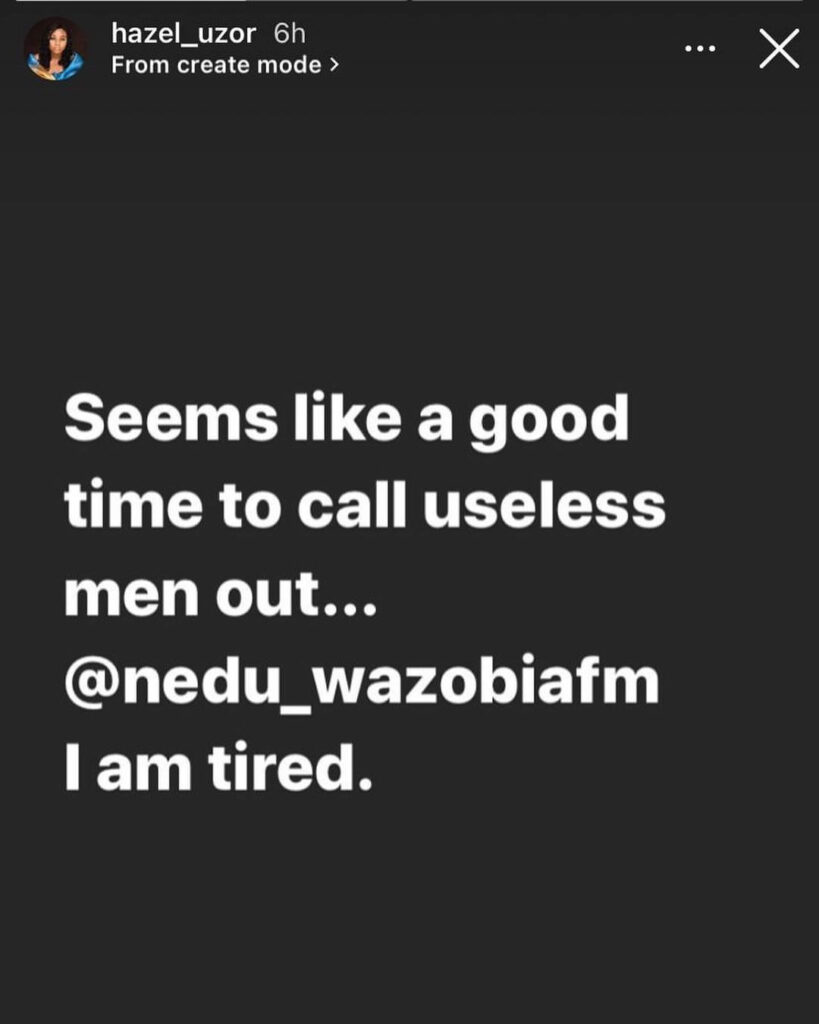 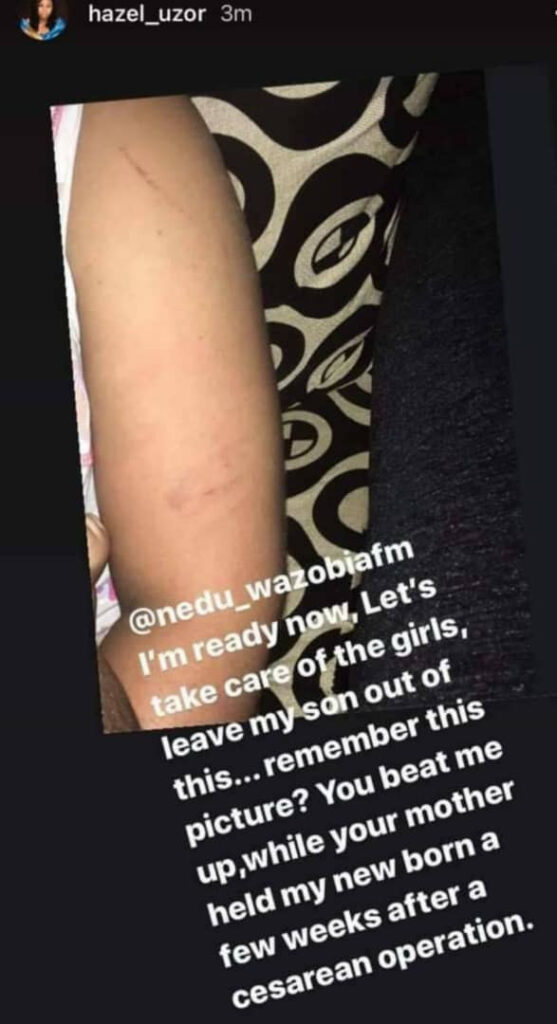 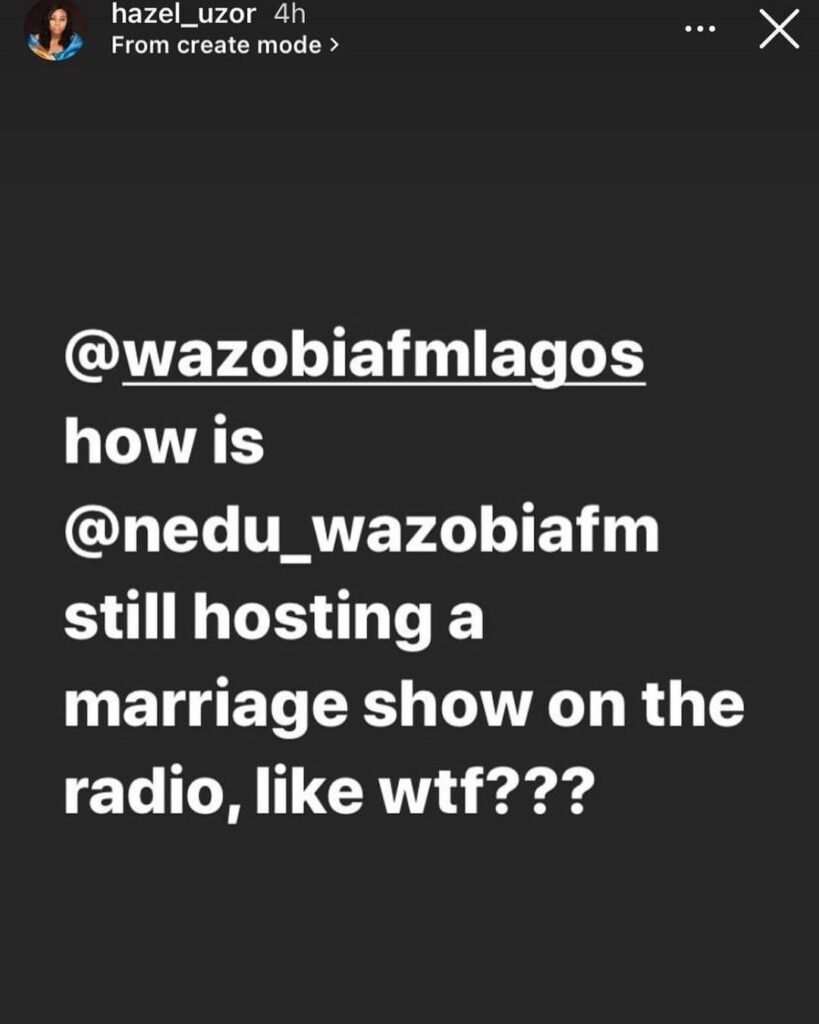 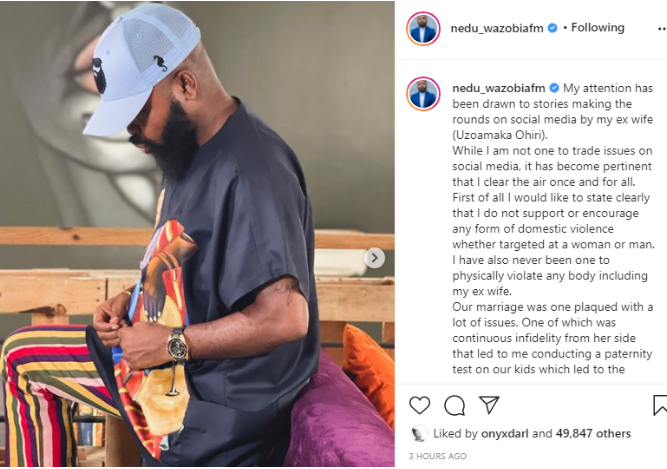