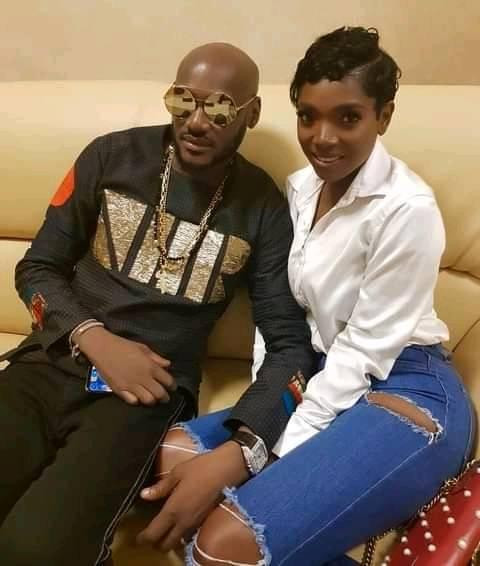 Nigerian musician, Innocent ‘Tuface’ Idibia, has finally broken silence on the ongoing drama concerning his marriage with actress, Annie Idibia, his wife. The veteran singer also reacted to his wife’s family’s messy fight with his own family.

The Afrobeat singer and his wife have been in the news since after she called him out for allegedly spending nights with one of his baby mamas, Pero Adeniyi on the ground that he was visiting his kids.

The actress, her family members and her husband’s siblings also had a heated exchange of words on social media which resulted in “wild allegations” last weekend (Read here) but 2Baba had remained silent.

However, on Wednesday evening, the veteran musician took to his Instagram page to speak on the whole drama.

Tuface is speaking up after his wife was heard in an audio recording threatening to “scatter everything”. In the audio, she accused the singer of lying to her and reiterated that his family doesn’t like her and have made her life hellish.

“I am going to scatter everything. Nobody knows the wrath of an angry woman. I ruin everything. Hello, Idibia family, this is Annie. Today, everything was peaceful nothing happened.

“My husband told me he had a shoot today only for him to pack his things and his stupid cousin, Franky helped him plan it. His family does not love me, they hate me.

“They have been giving me headache for the last 10 years. Today, my husband lied to me; he packed his things that he was going for a shoot but he is on his way to America.

“This was planned by himself, … and Franky — all behind my back. I don’t deserve this, I don’t. I know this is not your business but I can’t call any member of his family.

“I can’t even call his manager, he would not pick my call because he thinks I am standing in his way. My husband is on his way to America without telling me…I’m done.”

Tuface who has now reacted to the messy fight which has taken several turns in the last few days, stated that though bringing their personal issues to social media was not cool, he will however not sit back and watch everybody have a free for all battle in the name of love or solidarity.

He urged everyone including their families and supporters to respect their privacy and their kids as they deal with the issue internally. The singer also turned off the comment section of the Instagram post.

“I admit that bringing our personal issues on social media was not cool but I will not sit back and watch everybody have a free for all battle here in the name of love or solidarity. None of us is perfect.

I will like to urge our families and supporters to stop the madness and the public to please respect our privacy and our kids, let us deal with our issues internally. I take god beg una.” 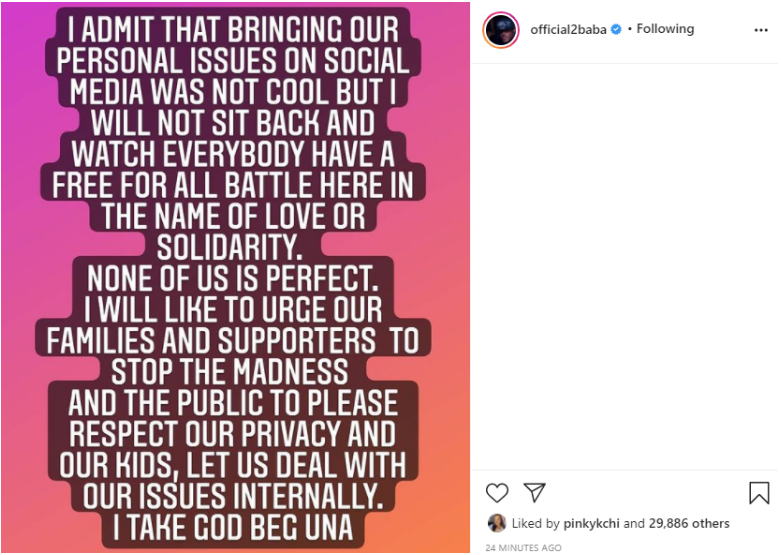