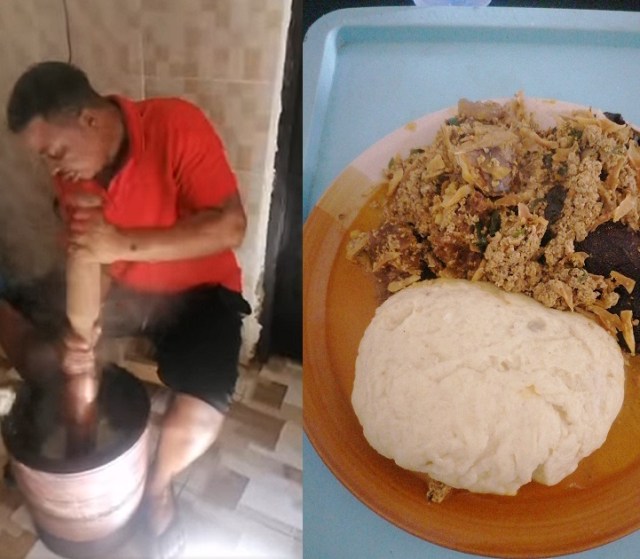 Toyin Abraham’s Hubby, Kolawole Ajeyemi Spills On ‘How We Have Made Our Marriage Work’

An aide to Cross River State Governor, Ben Ayade, has sparked intense reactions online after sharing photos of himself cooking for his wife.

Inyali Peter, who serves as the Special Assistant to the Governor on Social Media, shared photos of him pounding and preparing a meal for his wife in the kitchen.

He went further to advice his fellow married men to learn how to cook and also cultivate the habit of cooking for their wives.

According to him, the kitchen is not a lion’s den or firing squad, adding that cooking won’t make the husband less of a man in the eyes of the wife.

“I Cook For My Wife, Do You? I made it a duty to cook for my beautiful wife from time to time, whenever I’m free. Since she’s not from my place, I used this time to also teach her how to prepare our local delicacies.

READ ALSO: ‘Where Did You Hear A Woman Must Cook Till She Dies?’ -Bishop David Ibiyeomie Addresses Nigerian Men In Raw Preaching

Dear married men, learn how to cook for your wives, the kitchen is not a lion’s den or firing squad

And to the singles, begin to learn now with your girlfriends. Cook for them, it won’t change your status as men

And to the women, don’t take advantage of this and begin to think that it’s a man’s main responsibility in the relationship. It’s of a help than a right.” 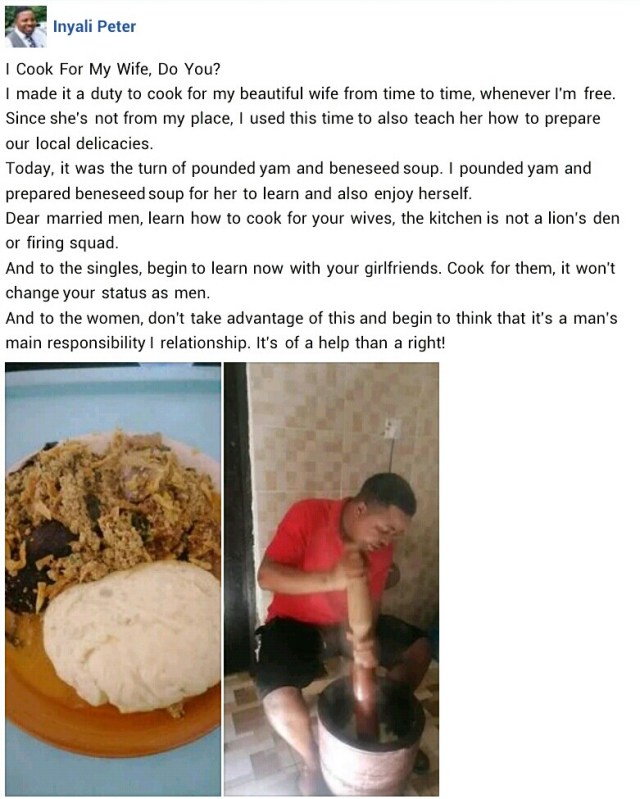