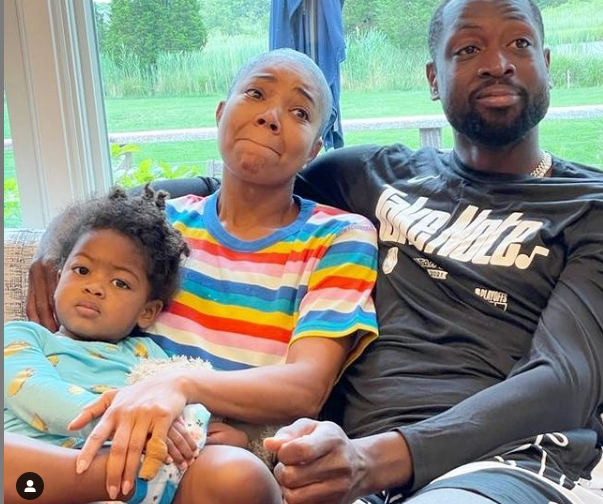 American actress, Gabrielle Union has disclosed that her soul was ‘shattered’ when she learned her husband, Dwyane Wade got another woman pregnant while she was going through IVF treatments to try to conceive.

The 48-year-old mom made the disclosure in her new book ‘You Got Something Stronger’, where she wrote about her infertility struggles.

“The experience of Dwayne having a baby so easily, while I was unable to, left my soul not just broken into pieces but shattered into fine dust scattering in the wind.

“To say I was devastated is to pick a word on a low shelf for convenience. There are people – strangers that I will never meet, who have been upset that I have not previously talked about that trauma. I have not had words, and even after untol amounts of therapy I am not sure I have them now.”

Although the couple wanted to move forward, Union admits ‘there was no way to disguise’ where the pieces had been ‘glued back together.’ She added,

“So much of what made the decision so difficult was that if I didn’t submit to surrogacy, then I was convinced I needed to let Dwyane go.”

Though the pair were ready to pick up the pieces, Union admitted that her ‘feelings weren’t originating from a healthy place,’ largely because of her own struggles getting pregnant. She confessed:

“So much of what made the decision so difficult was that if I didn’t submit to a surrogacy, then I was convinced I needed to let Dwyane go. Even if he didn’t want to, I had to let him find someone who could give him what he wanted.”

After some reflection, Union began to research surrogacy options. She and Wade married in 2014 and welcomed daughter, Kaavia four years later.

In his 2020 documentary, Dwyane explained that he and Union were on a break when he conceived, Xavier, 7, with ‘longtime friend’ Aja Metoyer. He also spoke on how hard it was to tell Union about the unborn child.

he said in his documentary D. Wade: Life Unexpected.

ALSO SEE: Gabrielle Union Wade On Why “Having My Daughter Via Surrogacy Felt Like Surrendering To Failure”

“I couldn’t sleep. I wasn’t eating. When you hold something in that you know is going to come out and you have this information and you know it’s gonna f**k somebody’s life up, that you care about, that you love, if it don’t hurt you, then you’re not human,”

“… Me and Gab just went through something that you never want to go through and we still came out of it.”