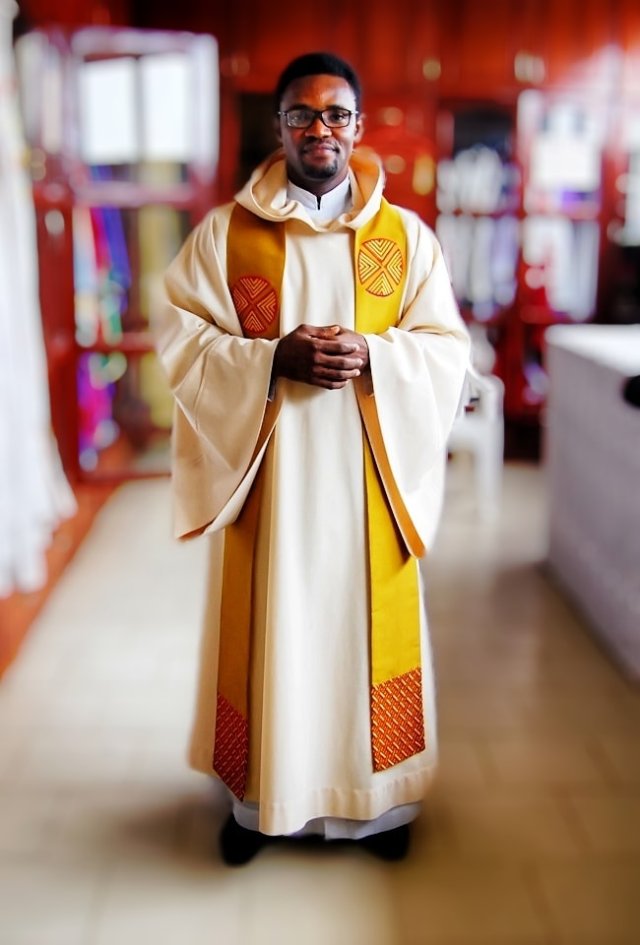 In a post shared on his Facebook page, the Malawi-based priest shared his chat with a distraught follower who sought his advise after receiving a prophecy that his girlfriend of three years is not “the one”.

In response, Father Ugwu warned against choosing a life partner based on a prophecy received from people, but instead people should choose their wife or husband by themselves because God doesn’t choose spouses for people.

Read their chat below:

“Him: Good morning Padre. How are you today? I have something bothering me.”

I am into a relationship with someone who I hope soonest to get married to after my service and yesterday a message came via prophecy that she isn’t the one.

The relationship is 3 years. I have built my world around her and I can’t start thinking of walking out of it. I find her 90% compatible and I love her like say tomorrow no dey.

Me: So where did the prophecy come from?

READ ALSO: Inspirational: How Nigerian Man, Anyi Obi Upturned A Negative Prophecy Spoken Over Him At The Age Of 8

Him: “A charismatic sis”

Him: “Ur advice on what to look out for in marital choice.”

Avoid prophecy in choosing who to marry. Every choice comes with its consequences…good or bad. God is not going to be the one to choose wife for you

If you want to let the girl you have dated to go, let it never be because of any so called unsolicited prophecy. Let it be your choice.

In the same way, if you decide to marry her, let it never be because there was a prophecy for you to marry so and so. It is all your choice to make, not even God can make it for you

Lamar Odom Takes A Swipe At Ex-Wife, Khloé Kardashian As He Reveals Which Of His Famous Exes He Would Like To Get Back With

Note: he gave me the permission to share this provided I keep him anonymous. The last picture was the recent chat we had. The first two pictures contain the conversation we had about three weeks ago.”

SEE ALSO: Who Believes These Things? What Funke Akindele Must Do to Have a Child According to Nigerian Prophet, Olagoroye Faleyimu

See screenshot of the chat below, 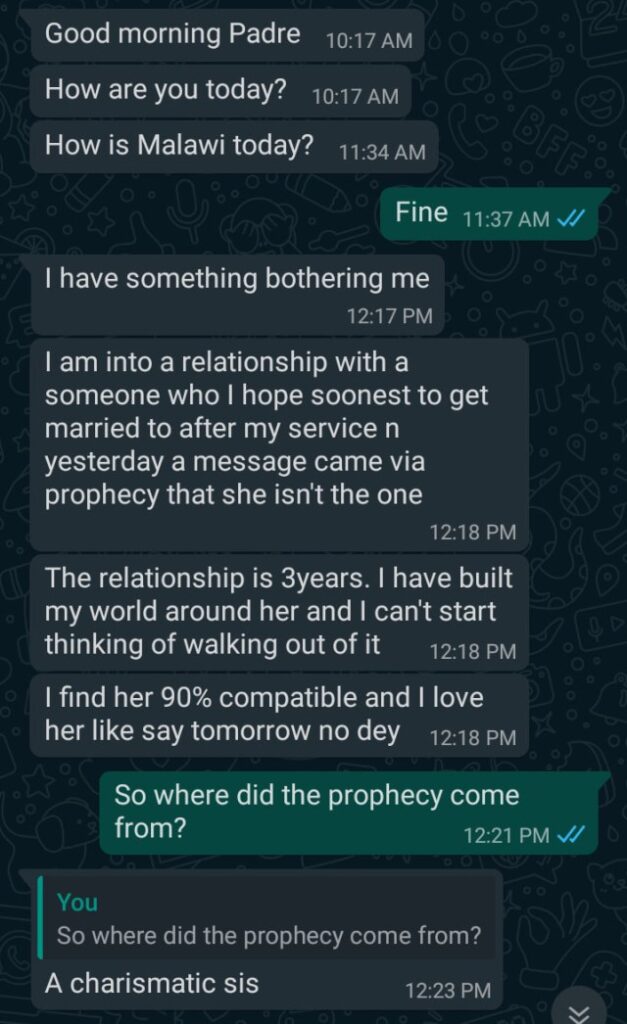 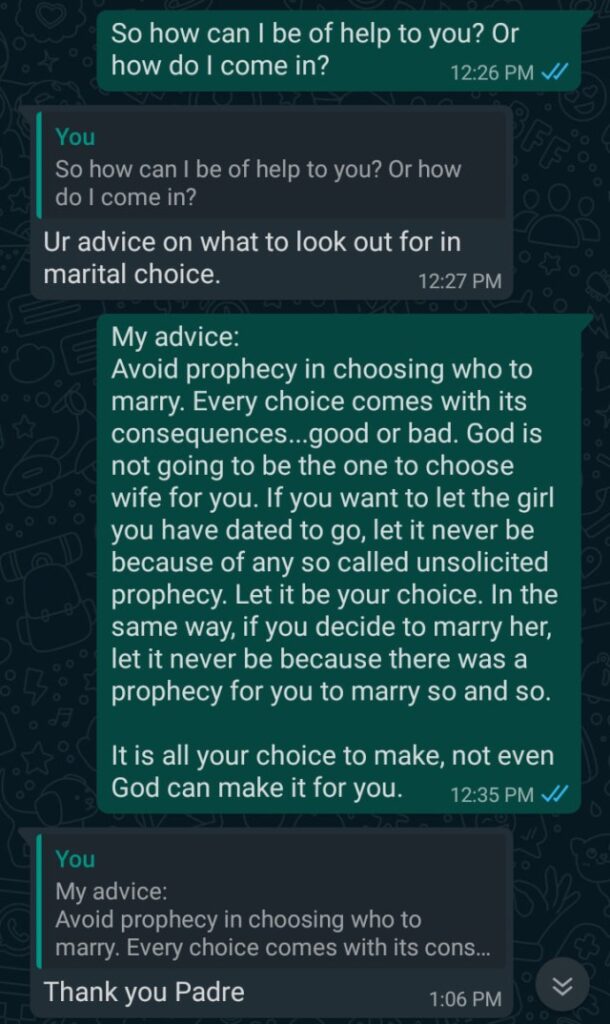 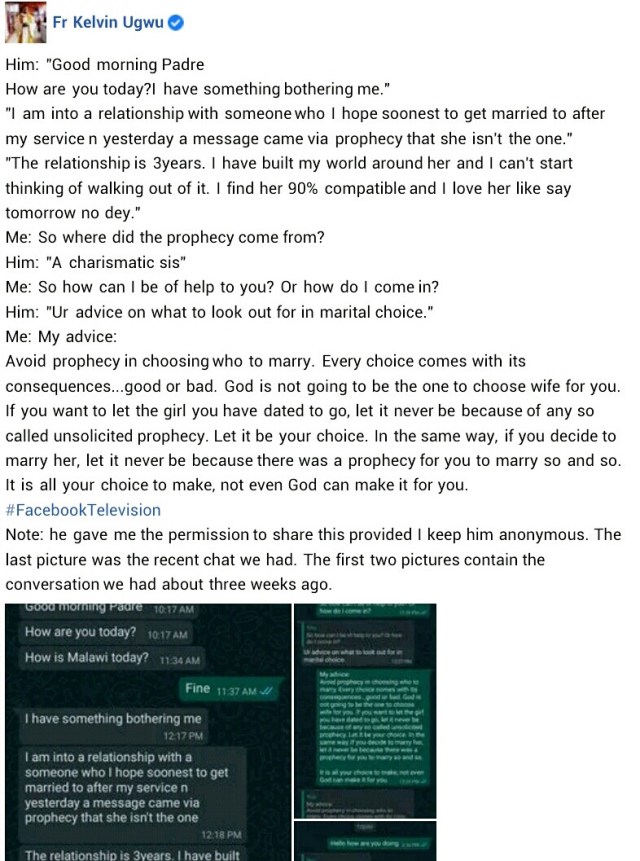