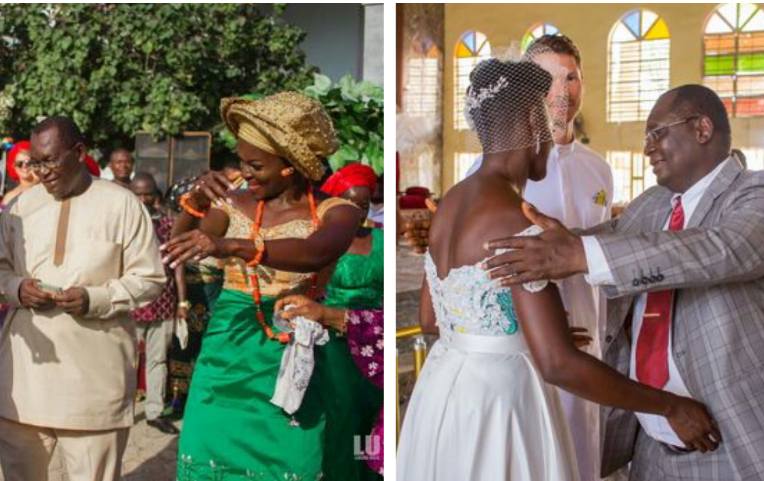 Chidiogo Akunyili -Parr, one of the daughters of slain surgeon and widower of the former Director-General of the National Agency for Food and Drug Administration and Control (NAFDAC), late Prof Dora Akunyili has spoken following the brutal murder of her dad, Dr Chike Akunyili.

Dr. Chike was shot dead alongside his police escort and driver, at Afor Nkpor in Idemili North Local Government Area of the state on Tuesday by unknown gunmen.

Taking to her social media accounts on Thursday, September 30, the mother-of one recounted speaking with her dad a day before he was murdered.

According to Chidiogo, her father was well aware of the worsening insecurity in the country and rarely went out anymore. Little did she know that that would be the last.

Describing her dad as “a son, a beloved father, a loving grandfather, a healer, a papal Knight, Agbalanze of Agulu, a friend, a brother, and so much more”, she then called on the killers to choose a different path, as the current one leads to more senseless death and pain for one too many.

SEE ALSO: How Late Dora Akunyili’s Husband Struggled For Life As Onlookers Did Nothing After He Was Attacked By Unknown Gunmen (Graphic Photos)

“I spoke to him on Monday, just a day before another human willfully took his life. We couldn’t have known it would be the last. We spoke about my mother, about the award being bestowed upon her the next day and how it was a birthday present from her to me.

“He asked after his newest grandchild who he had given the name Mmesomma — ‘the one who does only beautiful things’. And above all, he bemoaned the state of things in the country. As a surgeon, always frontline with the people’s suffering, he shared just how visible the current hardships were.

25-Year-Old Mom Cries Out For Help After Discovering The Man She Married Is A Kidnapper, Stole Their 4-Month-Old Daughter

“Patients, he said, were no longer able to pay for care. It didn’t help, he added, that no one was safe. I asked him if he was being careful and he assured me that he was, going on to add that he never went out anymore and was sure to be home by 6. Convinced, I reminded him to be even more careful and to take care of himself.

“If Ubuntu holds true, that he is — a son, a beloved father, a loving grandfather, a healer, a Papal knight, Agbalanze of Agulu, a friend, a brother, and so much more — then this is an invitation for us to find the good in is us. We can choose a different path… this current one leads to more senseless death and pain for one too many. 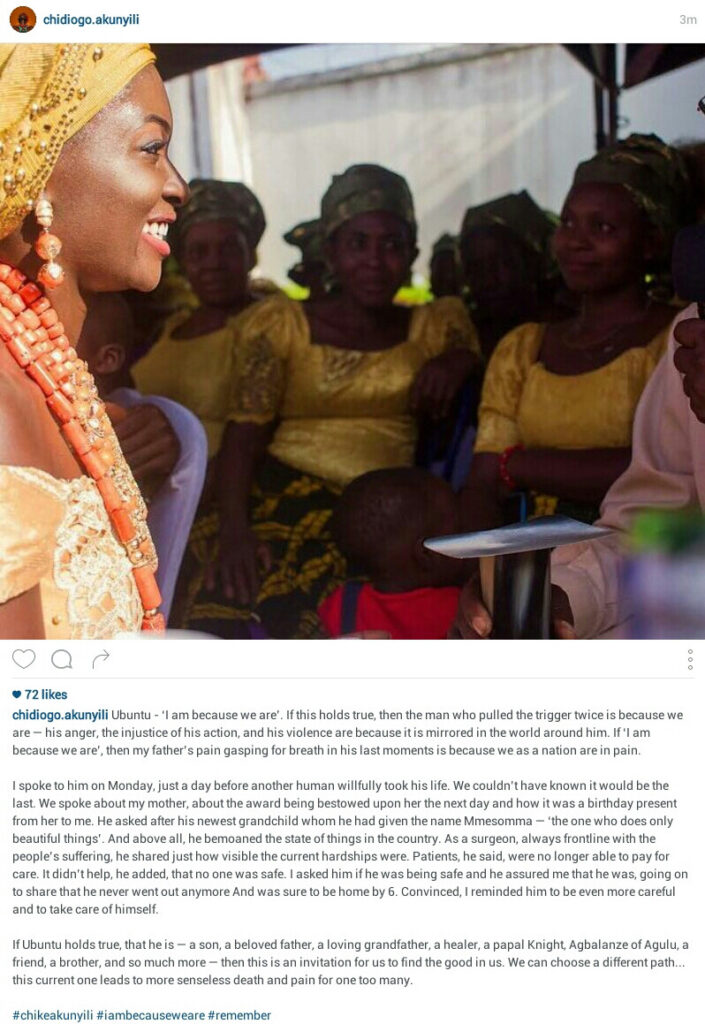