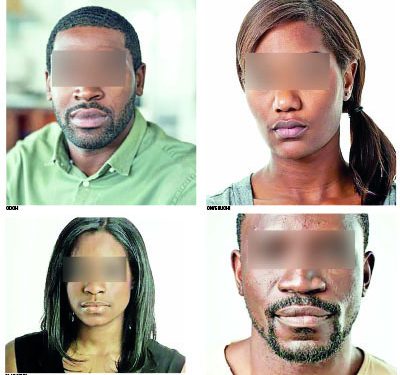 Nigerian parents with just one child have spoken on the highs and lows of bringing up children without siblings.

Having an only child gives you a mature, diligent, and conscientious little perfectionist but it also comes with some tough parenting moments.

When Mrs. Ifeoma Onyebuchi got married 12 years ago, she pictured a home full of children. But fate had something else in store for her.

She is the mother of a 10-year-old boy who has tried unsuccessfully for years to have another child. According to her, dealing with secondary infertility is hard and emotionally draining but she has come to terms with her situation.

Onyebuchi told Daily Sun that she got married at the age of 17 to the love of her life, a businessman who attended the same church with her parents. It was one of the happiest days of her life. She said:

“After my wedding, I was prepared to start having children immediately but that didn’t happen. I got pregnant a year later but had a miscarriage. My husband and I were devastated because we wanted children.”

It was two years, three months after she got married that Onyebuchi welcomed a baby boy into the world. She revealed that her husband was elated and threw a big party to welcome their son. Onyebuchi said:

“When our son was two years, we started trying for another child but it didn’t happen. Month after month whenever I see my period, I cried until I couldn’t cry anymore. My husband started behaving funny towards me too.”

Onyebuchi stated that she and her husband visited different fertility clinics but after running different tests on them, they were told they were okay. She added that they even tried In-vitro fertilization twice but it failed.

“Years after trying to have another child to no avail, I have accepted my fate. Maybe God wants me to have only one child. Even though I am not happy about being the mother to an only child, I am grateful I have one,”

According to Onyebuchi, raising an only child is tough. You get to answer questions about your child not having a sibling. She said that answering those questions breaks her heart.

“Whenever my son complains about being lonely and having no one to play with, I feel bad. I hide and cry, that is after telling him that I will invite his cousins and friends over to spend time with him,”

Recently, Onyebuchi makes sure that her son isn’t lonely. She said that one of her husband’s nephews lives with the family and has bonded well with their son. She added:

“They attend the same school, eat together, play together, do home works together, go out to buy things together and they even fight and make up. Our son is happier and it makes me glad.”

Mrs. Doris Oladotun’s daughter is 15 years old. She said that raising an only child is tough. She shared:

“On one hand, you want to give all your love to your child but on the other hand, you don’t want to over pamper the child or give in to their every demand.”

Oladotun stated that she is at peace with herself knowing that she has done her best trying to have another child but to no avail. After going through different fertility treatments and drinking all manner of herbs, Oladotun is now focused on raising her only child well.

According to Oladotun, one of the downsides of being the parent of an only child is the constant fear that you might lose your child at any time. She added:

“I pray constantly for my daughter to be safe. I pray she lives long in good health and that she lives a fulfilled life.”

Oladotun noted, however, that one of the good things of parenting an only child is that your attention is not divided and you are fully focused on your child and everything about them.

“No matter how protective you are of your only child, you will do good to give your child independence so that they can learn to stand on their own,”

SEE ALSO: Successful Publisher, Toyin Akinosho Opens Up On How Being An Only Child Affected His Reality Of Being Single & Childless At 60

For Oladotun, having an only child is not an excuse to raise a spoilt brat. She is very firm with her daughter but loves her too. She said she allows her go out with her friends to go watch movies and eat out.

“Even though I fear for my daughter’s safety sometimes, I allow her mingle with her mates, go out with them and even have sleep overs at her best friend’s house,”

Mr. Patrick Okogun’s friends and family members call him names for refusing to marry another woman who will give him children. He said that they believe his wife must have done something to him for him to be content with having only one child, and a daughter for that matter.

The 46-year-old electronics dealer feels bad when his wife is called a man because they have an only child.

Their daughter will be ten in December and it has been a long, hard journey trying to give her siblings. He noted that it has cost him and his wife time, money and emotions. According to Mr. Okogun,

“My wife had fibroids and she was operated upon five years after she had our daughter. She hasn’t been able to get pregnant ever since and it is affecting our relationship. My wife is now a shadow of herself because of the mean names my family members call her.”

But not being able to have children doesn’t erase the love Okogun has for his wife. He revealed that it’s his duty to love and protect his wife from the snide remarks of his intruding family members.

On raising an only child, Okogun stated that it is as challenging as raising three or four children. He noted that even though he loves and cherishes his daughter, he is very firm with her. He disciplines her whenever she misbehaves. He said:

“When people tell me that I shouldn’t be complaining about school fees, feeding and taking care of my daughter because they cater for three to five children, I laugh. I’m giving my daughter the best and it costs the same as the people raising more than one child.”

Pastor Kelvin Odoh, the father of an 8-year-old boy recalls one incident that shook him and made him restless for hours. His son went on an excursion with his school mates when he was in primary two and didn’t come back on time.

Odoh said his blood pressure rose and he rushed to the school to find out what happened. When he got there, he met other worried parents pacing up and down the school premises waiting for news about their children.

ALSO SEE: Are They Right or Wrong? 8 Controversial Scientific Discoveries About An ‘Only Child’

According to Udoh, it was as if the whole world was on his head. He started feeling sick. He prayed fervently to God to save his son and bring him back home safely. He wasn’t ready to answer unending questions from his wife who had travelled to their village to care for her sick mum, he said.

“I spent three hours at the school before the children finally arrived. They said their bus broke down and a mechanic had to be called to fix it. The way I hugged my son that day was different. He kept asking me if everything was okay and I said yes”,

Udoh said that as a pastor, he can’t question God for giving him only one child. He said he’s thankful that he’s blessed with an intelligent, loving and obedient child.

He added that even though some of his church members come to him for prayers for the fruit of the womb and get their miracle babies, he doesn’t still ask God why he can’t have more children.  Udoh said:

“Raising an only child is not easy but I have handed over my son to God to keep, protect and preserve. Even though I fear for him sometimes and worry about his safety, I have learned to constantly commit his life into God’s hands.”