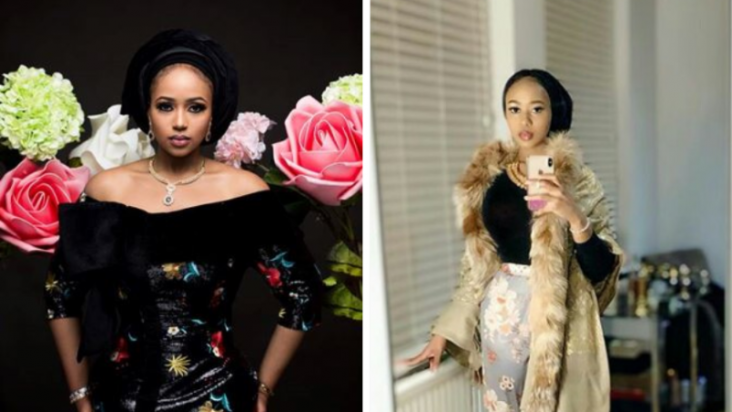 Fatima Zara Bala, the daughter of Bauchi State Governor, Bala Mohammed, has revealed that she is living with Fibromyalgia.

The beautiful young woman, who is preparing for her wedding ceremony, made the revelation during a question and answer session with her followers on Instagram, adding that she is trying to create awareness on the condition.

“Yes, I am. For the past 3 years. Yeah. I ‘m trying to create awareness. People need to understand what it is and how it affects your day to day…a lot of people actually dm me that they are living with Fibromyalgia but in silence because they feel others won’t understand or there’s so little  knowledge about it.”

One of her followers who reacted to her shocking revelation shared his experience:

Sadly I’ve been dealing with this for 20 years. Although it doesn’t kill you, it is a nightmare from hell. You have pain where your flesh joins your bones. You also have stinging pain similar to a peeled scab from a wound all over.

Your ribs feel as if you have witlow on them, which affects your breathing. Keeping your mental health is key as people with fibromyalgia are six times more likely to take their lives. Knowing this helps you orep ahead of the coming storm. In the words of Timon and Pumba, hakuna matat.

I have this condition. Life is very difficult with constant and excruciating pain!!! I would not wish this on anyone. I hope her fiancé knows enough about fybromyalgia and genuinely loves her because it is not easy being married to someone who has this condition.

According to MayoClinic, Fibromyalgia is a disorder characterized by widespread musculoskeletal pain accompanied by fatigue, sleep, memory and mood issues.

Symptoms often begin after an event, such as physical trauma, surgery, infection or significant psychological stress. In other cases, symptoms gradually accumulate over time with no single triggering event.

READ ALSO: Bauchi Governor’s Daughter, Fatima Zara’s Advice To A Heartbroken Lady Might Just Be What You Need To Overcome That Heartbreak

Women are more likely to develop fibromyalgia than are men. Many people who have fibromyalgia also have tension headaches, temporomandibular joint (TMJ) disorders, irritable bowel syndrome, anxiety and depression.

While there is no cure for fibromyalgia, a variety of medications can help control symptoms. Exercise, relaxation and stress-reduction measures also may help. 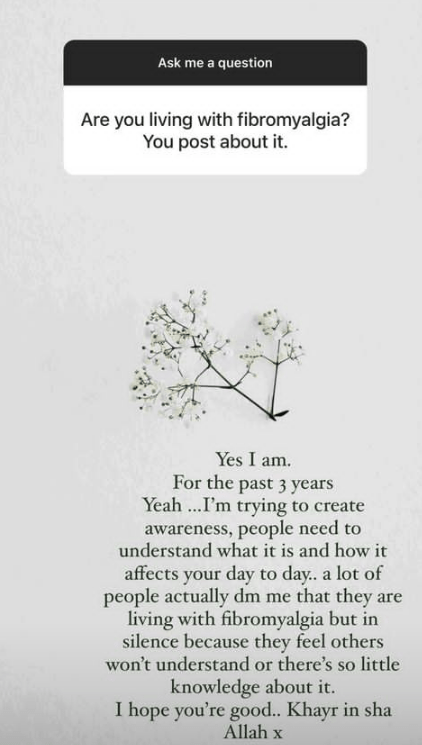