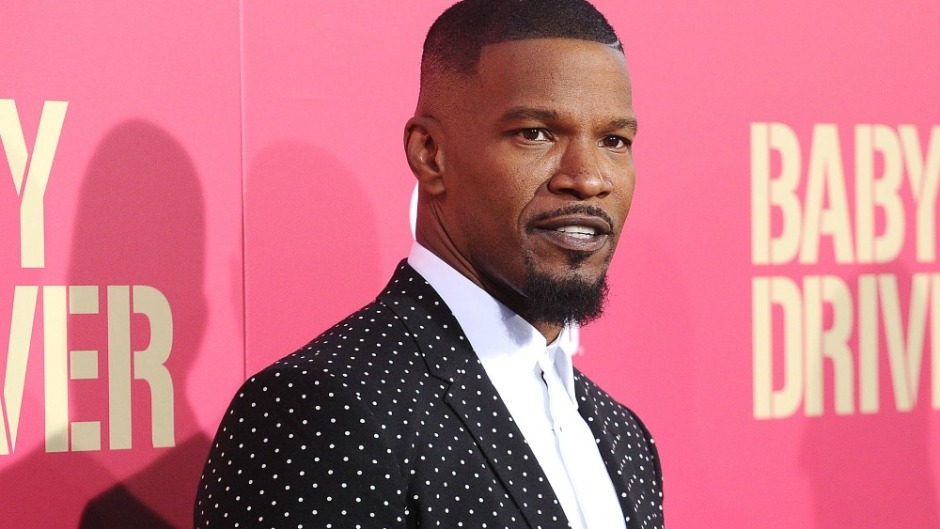 There are many things Eric Marlon Bishop, known professionally as Jamie Foxx could write a book about.

In his debut book, “Act Like You Got Some Sense: And Other Things My Daughters Taught Me” (Grand Central, 240 pp., out now), the world will get to know Foxx in the role that matters to him most: dad.

In “Act Like You Got Some Sense,” the 53-year-old American actor and comedian takes readers on a journey through the hilarious and heartwarming misadventures of parenting his two daughters Corinne, 27, and Anelise, 12.

Whether he’s recalling the shock of discovering Anelise’s haunting talent for penning dark poems, or candidly confessing about the paranoia he experienced when Corinne brought her high school boyfriend on their family vacation, Foxx doesn’t shy away from owning up to his own parenting pitfalls – and always with his signature sense of humor.

“I wanted it to sound exactly the way I talk: straightforward, no fillers, no preservatives, and a whole lot of jokes and a couple of things that pull on the heartstrings as well.”

But Foxx’s book isn’t just a window into his own parenting. It also delves into his childhood, including his fractured relationships with his parents.

In one passage, Foxx, who writes he was adopted by his grandparents because his mother “was not ready for the responsibility of parenting,” recalls waiting for his mother to arrive for Christmas, only for her to never show.

The actor also opens up about not having his father as a stable presence in his life. Foxx recalls thinking as a kid:

“This should be a relationship that we should have. Why is it not happening? I’m actually doing good. I’m not on drugs. I’m a good guy. I’m the quarterback of the high school team in Texas, I mean, come on!

“But for that connection not to happen, that affected me.” READ ALSO: Why Hollywood’s Most Eligible Bachelor, Jamie Foxx Says He Will Never Get Married

By sharing these vulnerable moments, Foxx hopes to reassure readers that even if they didn’t have the best parents growing up, it doesn’t mean they can’t become great parents themselves. The single dad says:

“You can do two things. You can let it cave you in, when things didn’t go right as a kid. Or you can say, ‘Oh, when I get my shot, I’m gonna make sure I do this’.

“When I got my shot to raise my kids, those things that I felt like my biological parents didn’t do necessarily right, I said, ‘Oh, I know what it is now.'”

Before he became “Jamie Foxx,” the actor was raised by his strict-but-loving grandmother, Estelle Marie Talley in the small town of Terrell, Texas.

The pistol-carrying, unapologetic matriarch, who died months before Foxx’s 2005 best-actor Oscar win for portraying Ray Charles in the bio-pic “Ray,” serves as a guiding voice for the actor throughout the book — and one he says he can still hear while gearing up for the book’s release.

Billionaire Rapper, Kanye West Seeks Public Opinion As His Daughter, North Goes On Tik Tok Against His Will

“She was an educator for 30 years, a very smart woman, raised our city. So the fact that it is a book, she would say, ‘Go ahead, son. That’s what it’s supposed to be about.’

And then I’m sure she would laugh at some of the stories of her wearing a mumu with a .380 pistol in the pocket, and it swinging back and forth.”

Other major influences on the book are Foxx’s daughters. Throughout the writing process, the actor says Corinne and Anelise were happy to hold their dad accountable to portray memories, even difficult ones, as accurately as possible.

And though they may get embarrassed by their dad, as all daughters do, Foxx says he knows he has their support, even when he messes up. He adds:

It’s this determination to always be there for his daughters, despite his missteps, that Foxx says is the key to parenthood.

“It’s just about being present and giving my kids the ear to listen and say, ‘Hey, I get it. I got it. This is what was told to me, reminds me of that situation. Maybe you could try this. OK, that didn’t work? OK, try this’.

“You have to continuously be involved,”